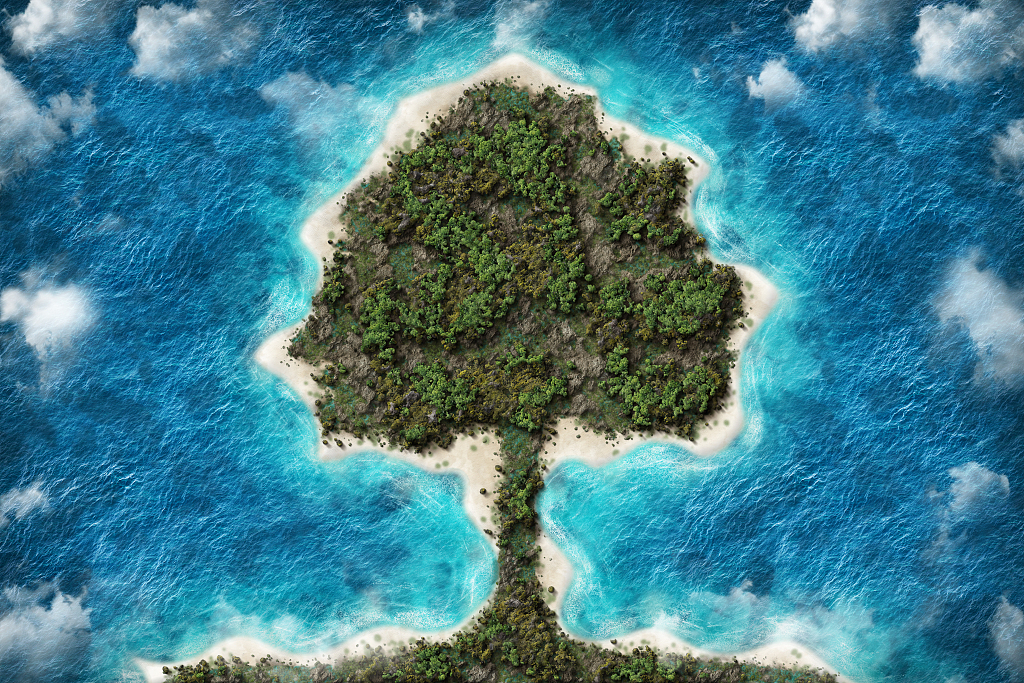 WINDHOEK, Aug. 20 (Xinhua) -- Before the sun was at its peak, Helena Ndapewa, a subsistence farmer from a far-flung village in Ohangwena region in the northern part of Namibia inspected and watered her plants. She was astonished by the adaptation of seedlings and growth in over just two weeks.

The routine and astonishment, are, however, a contrast of her life back then.

For years, Ndapewa endured the wrath of poor yields due to a dry spell. Namibia experienced persistent drought since 2013, negatively affecting about 60 percent of the households dependent on crop farming and agriculture.

"We struggle a lot; life has been hard, especially as a result of unpredictable weather patterns and natural disasters," Ndapewa said.

Her account is similar to that of other rural dwellers in the Ohangwena region.

As luck would have it for her; she was identified as one of the first beneficiaries of the "Plant a tree project", jointly launched by the Ohangwena Regional Council and Ministry of Agriculture, Water and Forestry in August this year.

During the pilot phase, each household from identified villages in the region would receive five seedlings, which include mango, lemons, guavas, and moringa trees.

"We observed worrisome patterns of food insecurity and depreciating soil quality in many villages, hence the project roll-out," he said.

The tree-planting project pilot, which will run with a trial of 2 255 tree seedlings, is set to change the rural dwellers' fortunes.

For Ndapewa, it represents hope and accords her the long-desired chance to diversify farming techniques.

"We are happy about the gesture. I have to ensure that I maximize the opportunity for multiple yields. Eventually, when we have fruits in the house, we will share with neighbors and help us deal with poverty. It gives me hope," she said.

The project is further set to improve the socio-economic conditions of rural dwellers and environmental sustainability in the area.

Not only is that. For Jacob Dineinge, who bemoans of the eroding soil due to climate variability in the area, said that the project fosters hybrid farming techniques, such as agroforestry.

"The trees will enable us to restore soil texture and fertility in the long run. In the future, I will plant both crops and trees on my plot to enhance productivity," he said.

Meanwhile, to ensure sustainability, according to the chairperson of the Ohangwena Regional Council, Erickson Ndawanifa, beneficiaries would be monitored over the five years to drive progress and project success.

"This is to ensure that the farmers reproduce 10,000 seeding trees over five years as expected," he said.

Beneficiaries will also be trained by agricultural officials on tree-caring to impart skills to achieve the set target.

"This is because of the ripple effect of the project. After five years, recipient's households are each expected to give 20 seedlings to other households. Once they harvest, we expect them to give back to the government, and we give to other households and eradicate poverty tree by tree," said Shilongo.