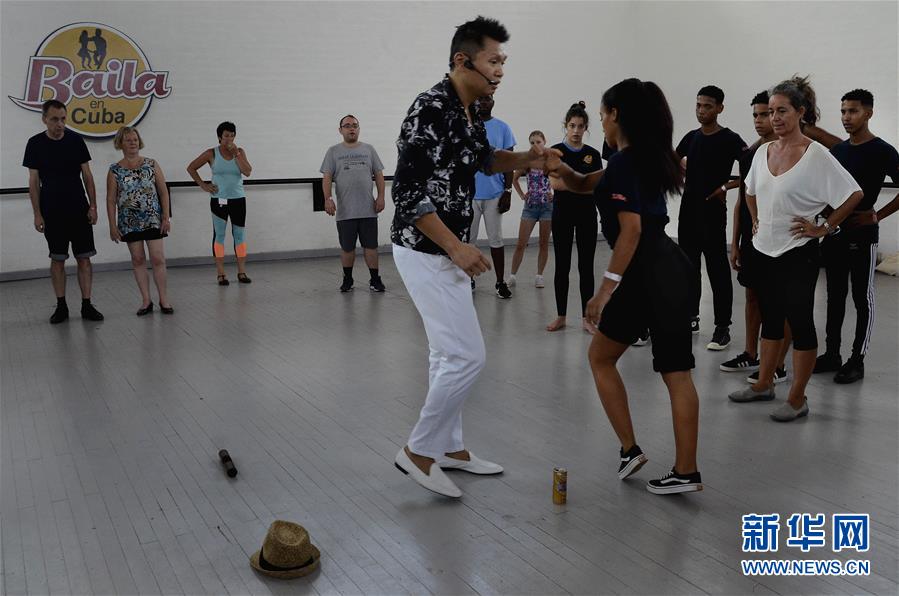 Better known as David in Cuba, Huo has been to the country about 30 times since he started learning Cuban dance and is considered a "casinero" -- a name Cubans used to call those who master the popular street dance Casino.

According to dance historians, Casino was born from a combination of Cuban son, cha-cha, mambo and other rhythms in the late 1950s and later became the most popular dance on the island.

Having dedicated himself to Casino dance for more than 20 years, Huo has earned the reputation "bailar en casa del trompo," a local saying referring to someone who has achieved unparalleled success in the country.

"He is an excellent dancer," said Jorge Alfonso, director of the Theater of Variety America in Havana and judge of multiple international salsa dance competitions.

There are many dance styles, including those in New York, Puerto Rico's capital San Juan and some European cities, but Huo dances in a "very Cuban" way, said Alfonso.

Huo was attracted by Cuban dance in 1998 when he went to a nightclub in Beijing and saw some Latinos dancing. The "cheerful rhythm" made the 21-year-old to take up dancing, the focus of his life since then.

Although China and Cuba are very distant from each other, "their cultures have some points of contact," said Huo, who works to connect Cuban dance with Chinese culture.

In that sense, Huo delves into the conga, a kind of Cuban dance, in the city of Santiago de Cuba, which he believes is one of those "points of contact," since it uses a Chinese bugle, whose sounds and rhythm are also used in Chinese music.

More recently, Huo is working with the Cuban Ministry of Tourism to film a video to promote Cuba among Chinese tourists.