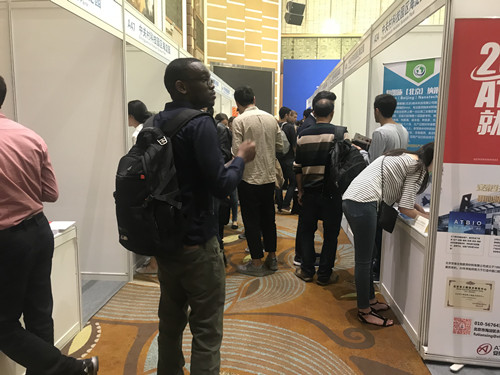 International students search for job opportunities at the Fifth Career Fair for International Students in China at Peking University, Beijing, on May 12, 2018. (Photo: Yang Chuchu/People's Daily)

Beijing (People's Daily)-The fifth Career Fair for International Students in China was held at Peking University in Beijing on May 12, attracting more than 5,000 international students.

"There are a number of companies present and people from different majors can find something suitable for them,”said Alina from Ukraine who now studies at Beijing Foreign Studies University. 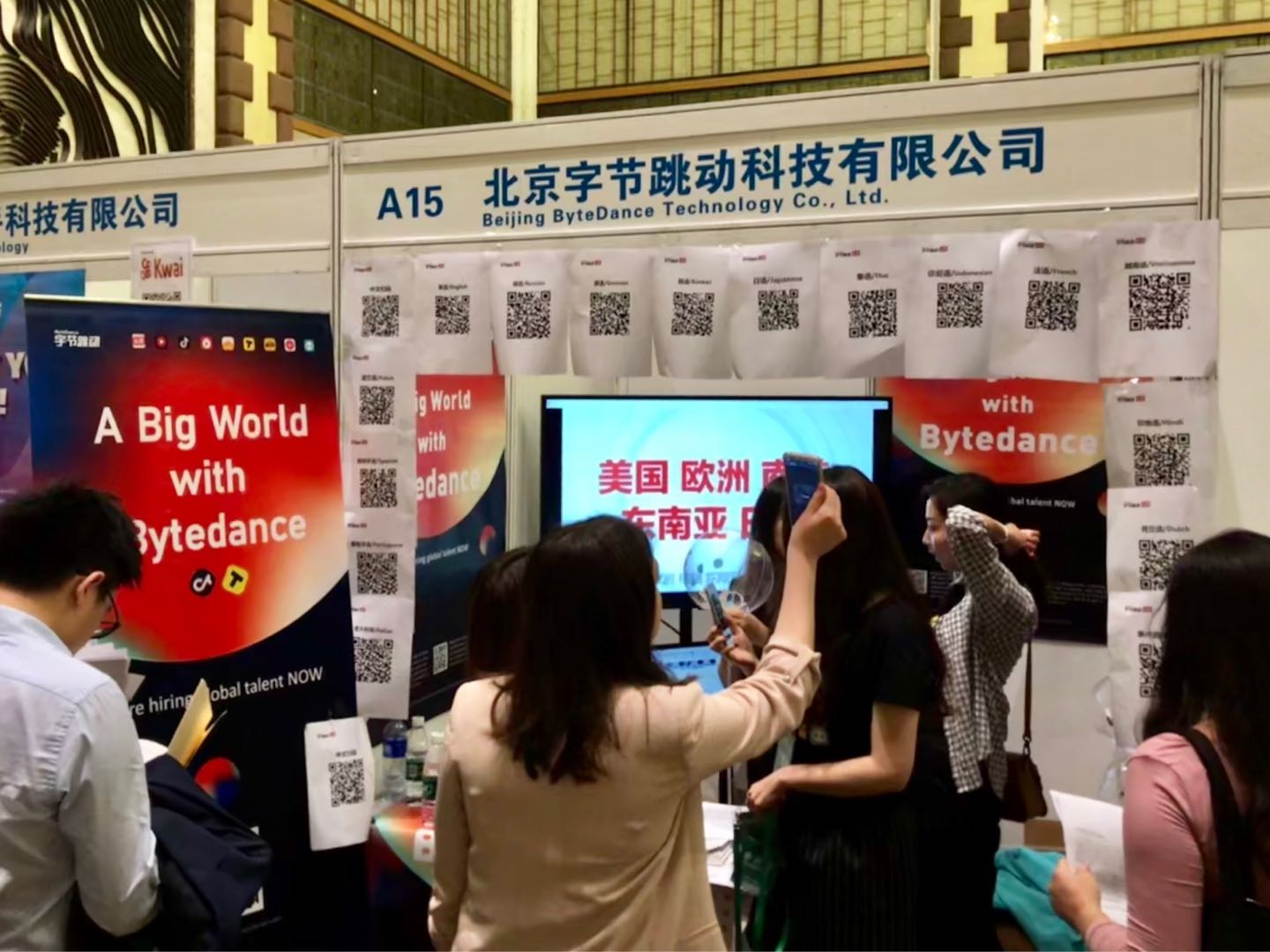 International students search for jobs at the Fifth Career Fair for International Students in China at Peking University, Beijing, on May 12, 2018. (Photo provided by Beijing ByteDance Technology)

Beijing ByteDance Technology is one of the companies attending. The company’s recruiting manager Zhao Nan said that her company can get in touch with talented people, helping the company sharpen its competitiveness in the global market.

With the full implementation of the Belt and Road Initiative, China has actively participated in international cooperation and competition and has increasing demand for international talent, experts said. Overseas students who study in China can help fill this need. 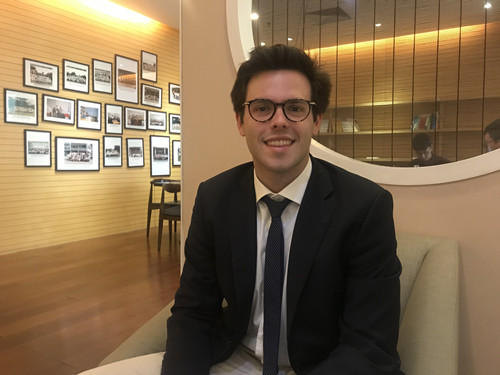 Pearson Goodman, a US student who studies at Peking University, said his main consideration for choosing a company is being "a kind of bridge between the US side and Chinese side.”

The fair was hosted by the Chinese Service Center for Scholarly Exchange (CSCSE), with co-organizers including Peking University.  A similar event will be held in Fudan University in Shanghai by the end of May.

From 2016 to 2017, CSCSE has held four career fairs, attracting about 11,000 overseas students and more than 110 companies to attend, organizers said.