BELGRADE, Oct. 24 (Xinhua) -- Serbian President Aleksandar Vucic and Chinese Vice Minister of Commerce Qian Keming attended on Thursday the welcoming ceremony for the arrival of the first freight train in the Serbian capital from Jinan, the capital of east China's Shangdong province. 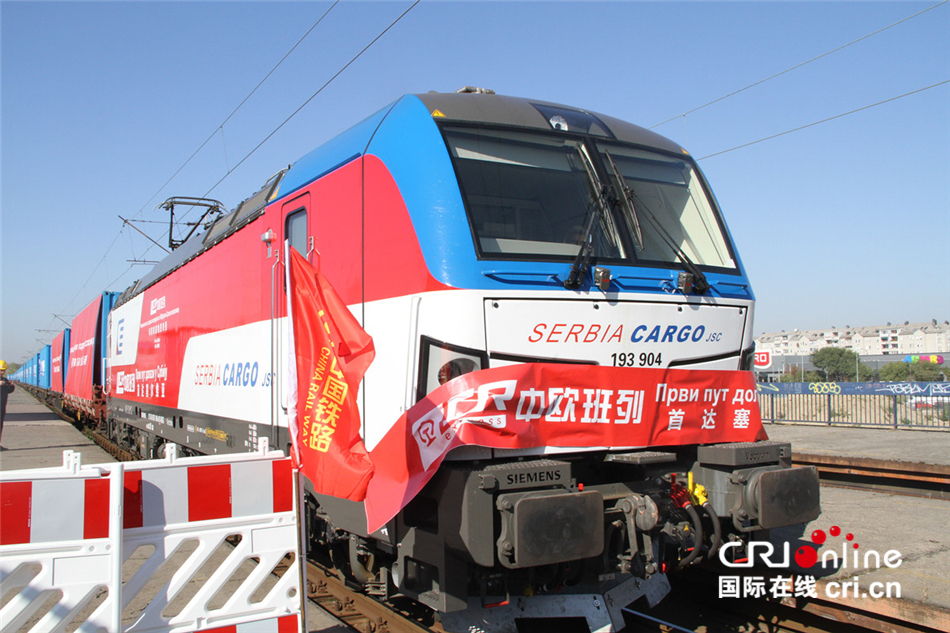 The train named "Qilu" entered New Belgrade railway station by passing through a banner that read "First Time in Serbia".

He explained that the 500 tons of equipment delivered Thursday will allow China Railways and the China Communications Construction Company (CCCC) to advance with full steam on their high-speed Belgrade-Budapest railway construction project.

He said that Serbia's key priorities in the fields of infrastructure development and communications could not be realized without cooperation with China, and announced that the Serbian section of the new high-speed rail link will be completed in the autumn of 2021.

For his part, Qian said that the China-Europe railway service connects countries participating in the Belt and Road Initiative. This transport and logistics link serves as a bridge of friendship that connects them.

"This is an important signal for the acceleration of the construction of the Serbian section of the Belgrade-Budapest railway," Qian said.

He said that "there has been accelerated growth of bilateral trade" between Serbia and China, "followed by great results in all fields, especially infrastructure."

Officials of the City of Belgrade and members of the Serbian government, as well as Chinese Ambassador to Serbia Chen Bo and Chinese construction workers also attended the welcoming ceremony.