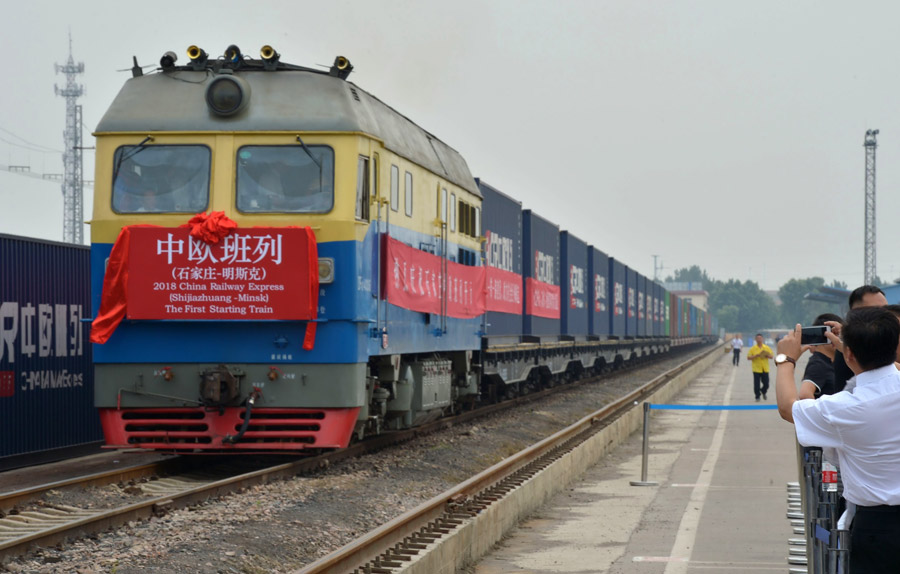 The train was loaded with 41 containers carrying more than 1,100 metric tons of goods worth 32 million yuan ($5 million), according to a statement posted on the Shijiazhuang government's WeChat account on Sunday.

The service will take 15 days to travel the 9,500 kilometer route, leaving China through Manzhouli in the Inner Mongolia autonomous region, one of the key border ports for CR express, before passing through Russia on the way to Belarus.

The rail service is faster than traditional sea freight, the city government said, cutting travel times by about 70 percent. 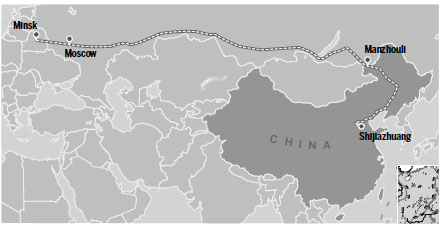 When it returns, the train will be filled with wooden products from Belarus and neighboring countries.

The route is expected to see 20 outbound and inbound journeys each year, transporting 30,000 tons of cargo.

The CR express will help the city speed up its integration into the Belt and Road Initiative, which comprises the Silk Road Economic Belt and the 21st Century Maritime Silk Road and aims to boost trade and investment between China, Central Asia, the Middle East, Europe and Africa, the government said.

"The CR express will help us cut logistics costs and promote further trade cooperation with neighboring countries," Han Jianyong, a manager at Hebei Jingye Group, one of the province's iron and steel companies, told Shijiazhuang Daily.

China launched its first cross-border rail freight service - between Chongqing and Duisburg in Germany - in 2011.

By April the number of routes had risen to 65, connecting 43 Chinese cities with 42 destinations in 14 countries, according to an article posted on China Railway's website. About 7,891 one-way or two-way journeys had been made on the routes.

The CR express network - seen as a logistics tool linking Chinese cities and the world through the Belt and Road Initiative - is helping improve trade and economic ties among countries involved in the initiative, the article said.