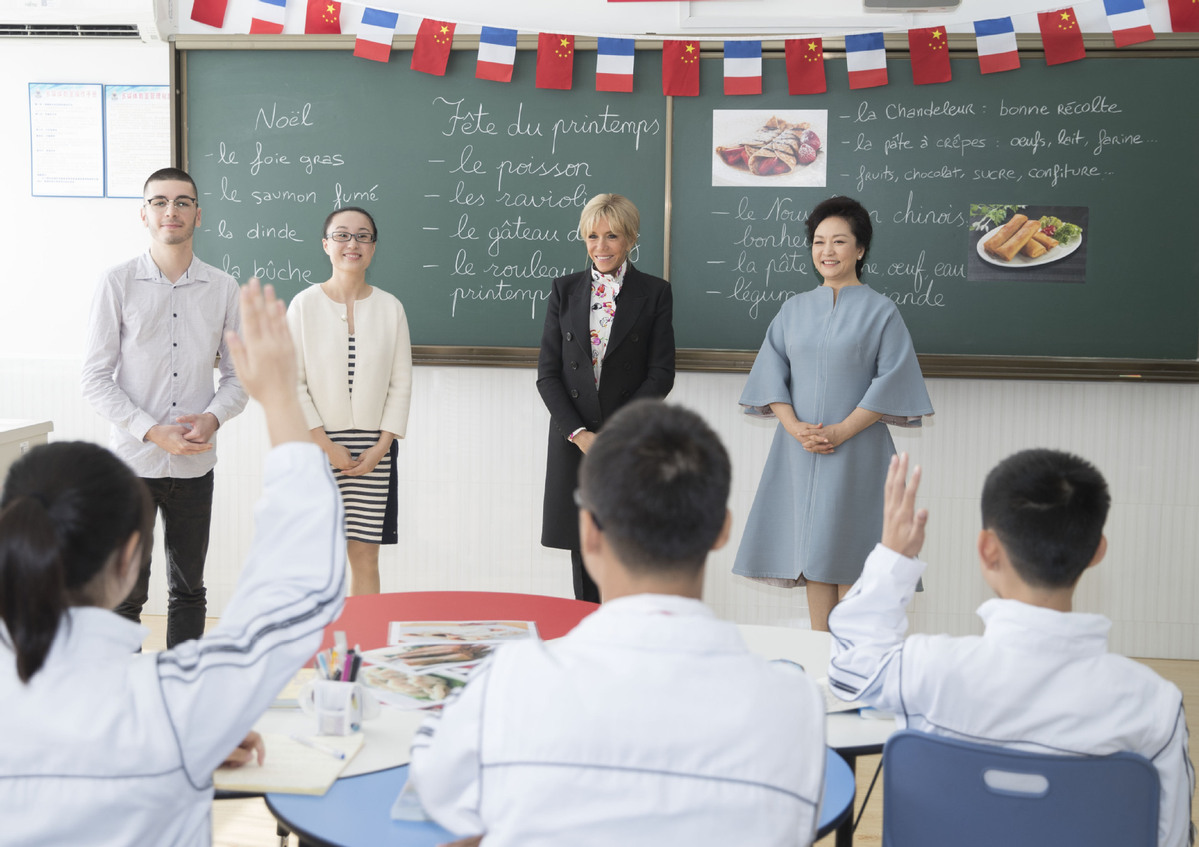 Young people in China and France should build a bridge between Chinese and French cultures to further develop the friendship between the two countries, said Peng Liyuan, the wife of President Xi Jinping, in Shanghai on Tuesday.

Peng made the remark during her visit with Brigitte Macron, the wife of French President Emmanuel Macron, to the Shanghai Foreign Language School, affiliated with Shanghai International Studies University.

Peng and her guest were welcomed by students waving the national flags of China and France, and they heard a presentation made by the school's principal about its operations and international exchanges.

They then attended a French class in which the teacher discussed Chinese and French cuisines. The two also answered questions asked by students in the class.

The wives of the heads of state also attended a class on China's intangible cultural heritage in which students learned arts including dough sculpture and paper-cutting.

They joined the class in making handicrafts and received gifts made by students.

They then enjoyed Chinese and French songs, dances and plays directed by the students, among other events.

Brigitte Macron said she was impressed by the talent of the school's students, and she encouraged Chinese and French youngsters to engage in more exchanges and make more friends.

The school has joined an exchange program between the two countries to enhance cooperation in children's education, which was launched in 2016.