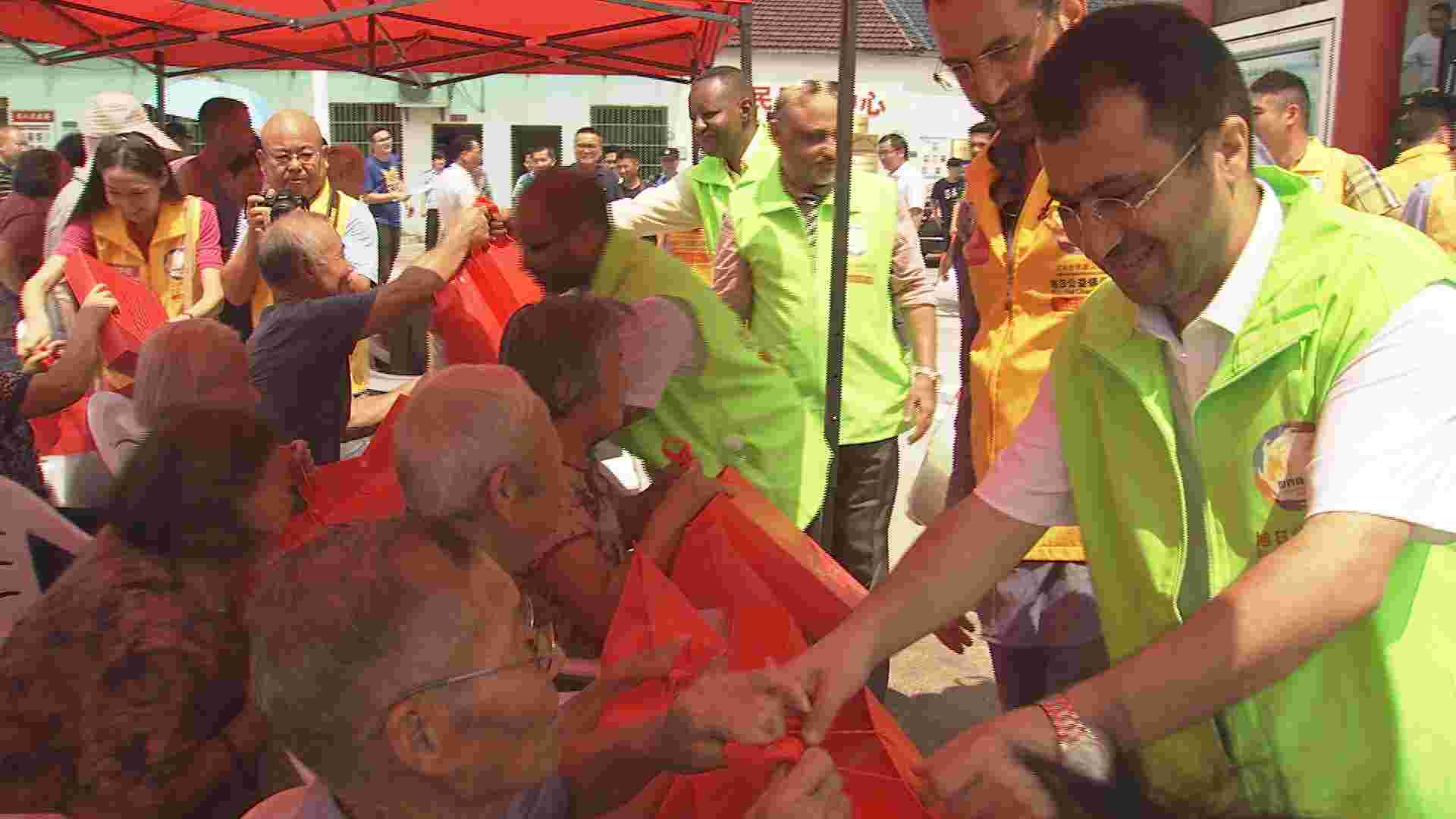 Yiwu alone has 15,000 to 20,000 international traders, most of whom are from countries along the belt and road routes. (photo: CGTN )

The Belt and Road Initiative has been a success for many global businessmen thanks to its trade opportunities, and with stronger business ties social responsibilities increase and people-to-people exchanges often become closer.

Kok Chit Hock, a Malaysian businessman in Yiwu City, east China's Zhejiang Province, is one of the largest gem suppliers in the area and has spent the last 15 years in the region.

Kok says most foreign businessmen like him have paid close attention to China's Belt and Road Initiative.

“There is an old saying in China, building the road is the first step to becoming rich. When we talk about the Belt and Road, it reminds me of better infrastructure links and business exchanges. But it is not just China that benefits, any other participating country will get great benefits too,” Kok told CGTN.

Kok has been a great success and imported Malaysian coffee and birds nests to Chinese customers. They are now importing and exporting more, thanks to closer ties between China and other countries.

They devoted much of their time and money to doing charity work, to actively integrate into local communities and fully return to society.

Kok, also the CEO of this club, said, “Our Sunrise Charity Club has had 110 charity partners since it was established in 2015. We have organized over 150 charity activities, raising over 900,000 yuan to donate to about 3,000 people in need.”

Each time these pioneers have actively taken part in different forms of charity, they say they have gained something much more valuable than money.

Ozcan Sezer, a Turkish businessman, is another member of this club. He agreed with Kok.

Sharing business and happiness will always be key for sustainable relations.