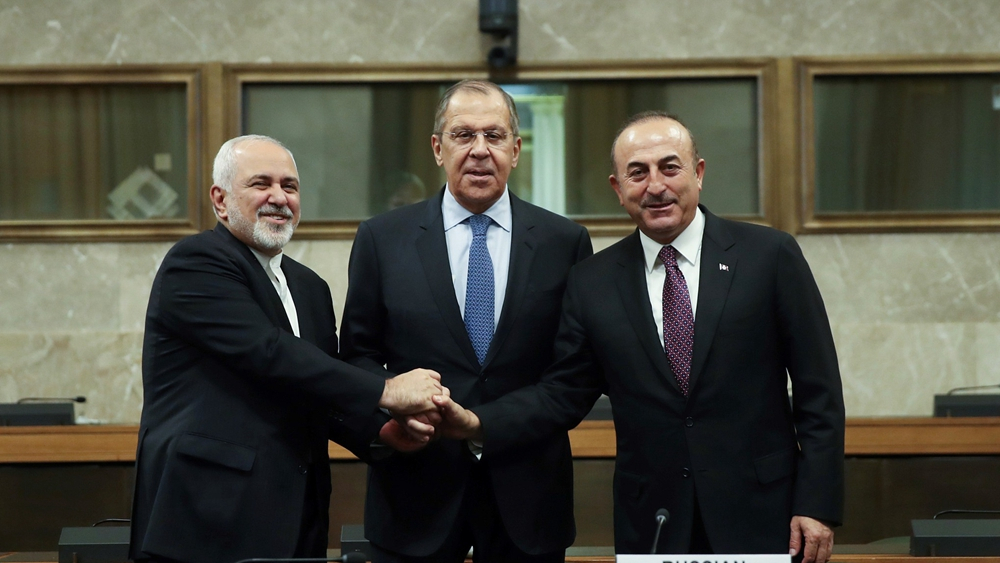 Turkish Foreign Minister Mevlut Cavusoglu told a joint press conference that the launch of the Committee showed that there is no military solution for the Syrian conflict.

The three foreign ministers also confirmed their full adherence to the territorial integrity of Syria and expressed their stance to dismantle terrorism in all its manifestations in the country, he said.

"We emphasized the importance of the need to deal with humanitarian issues throughout the whole territory, and we emphasized the need to establish the environment conducive to the return of refugees and internally displaced people," the Turkish foreign minister noted.

Russian Foreign Minister Sergei Lavrov said that the three ministers on Tuesday discussed in detail with the UN Special Envoy for Syria, Geir Pedersen, and their main topic was the work of the Syrian Constitutional Committee.

"It took quite a lot of time and a lot of difficulties to come to this very important event, it is our common view and conviction that this is our huge joint victory," Lavrov said.

He told journalists that they have emphasized that the most fundamental thing for the Syrian peace process is to ensure the implementation of UN resolution 2254, to ensure the political process will be carried out by the Syrians themselves and all the external stakeholders should create the most conducive environment for it.

Iranian Foreign Minister Javad Zarif said at the press conference that priority to end the Syrian conflict has been always the facilitation of a viable political solution, stressing that "the Committee will have our full support."

He added that if the smooth functioning of the Committee can be ensured, the Committee may pave the way for a comprehensive political process in Syria, which is the only way to establish lasting peace, stability and security there.

"We are at a very challenging but hopeful moment, we should keep the hope for the Syrian people," he noted.

In September, the United Nations announced that a Syrian constitutional committee made up of opposition, civil society and government members has been finalized after almost two years of negotiations.

The 150-member committee, proposed during a peace conference hosted by Russia in January 2018, will rewrite the Syrian constitution.

On Wednesday, the Committee is due to meet here in Geneva for the first time, which is considered by the UN as the first political agreement between the Syrian Government and the Opposition to end the more than eight years of war.