BRI NEWS FOCAC should take up fight against graft

FOCAC should take up fight against graft

African leaders will converge in Beijing in a few days for the Forum on China-Africa Cooperation (FOCAC) in a summit that will mark yet another significant milestone in the south-south partnership. 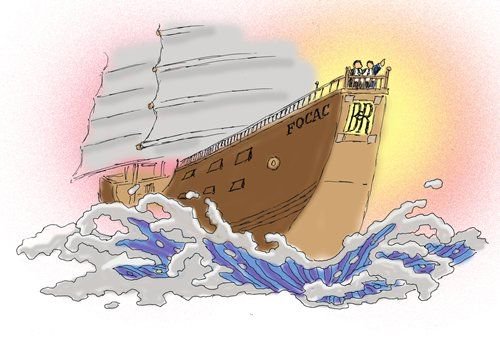 It is the convergence of interests between Africa and China that has kept their cooperation strong nearly 20 years since formal China-Africa relations were established in 2000.

The theme of the conference, "China and Africa: Toward an Even Stronger Community with a Shared Future through Win-Win Cooperation," says it all.

It is an all encompassing rallying call that aptly characterizes how China has continued to engage the far less developed African continent - an equal partner in a mutually beneficial partnership.

The upcoming summit is a particularly significant one since 40 years ago, the Third Plenary Session of the 11th Central Committee of the Communist Party of China set the agenda firmly in favor of the reform and opening up of China.

Forty years on, statistics speak for themselves, painting a picture of a country that has battled and won most of its development challenges.

Three decades ago, the incidence of poverty in China was among the highest in the world at a staggering 64 percent.

Fast forward to 2018 and the World Bank has projected that China will more than likely reduce extreme poverty rate to below 1 percent.

Through this story of courage in the face of tremendous socio-economic difficulties,

China has shown Africa that it is possible to overcome many of its most pressing needs.

For Africa to succeed there is a need for the continent to adopt more outward-looking strategies the way China has, at the same time, remaining alive and committed to its developmental priorities.

The world has increasingly become inward-looking, embracing economic policies and political perspectives that are more nationalistic than global. Inward-looking strategies are inherently backward-looking.

In this context, China has remained true to its path of reforms and opening up, carrying along with it as many developing countries across Africa as possible. The eastern nation has continued to emphasize that Africa and China are part of a community with shared future.

Recognizing the global effects of the international changes, FOCAC summit is expected to unveil new measures for China-Africa all-round cooperation in the next phase.

China's footprints across Africa have set the continent on course for exponential economic growth.

China is currently undertaking one of its largest and most ambitious projects of the century, the Belt and Road initiative - a network of railroads and shipping lanes linking itself with 70 countries including those in Africa.

The initiative is a clear demonstration that China will continue to open up and work with as many like minded partners as possible.

Through FOCAC, China has particularly stressed the need to embrace the principle of extensive consultations, joint contribution and shared benefits.

China-Africa relations are not new and go back many decades ago. Since 1978 when China was embarking on its bold endeavor to reform and open up to date, cooperation between the two partners has significantly deepened.

FOCAC has played a significant role in providing a formal and more structured foundation on which to build the partnership. Equally important, the forum continues to prioritize areas in which Africa requires more support.

The support that Africa gets from China cannot be overemphasized. However, for the massive investments that the nation has made across the continent to remain fruitful and sustainable, Africa must stem the massive corruption.

There are growing voices in favor of corruption being discussed as an important agenda item during the September Beijing summit due to its power to undermine and retard development.

China has maintained a hands-off approach when it comes to domestic issues and particularly how countries choose to handle their internal affairs, an endearing quality. Nonetheless, there is a great need for this partnership to proactively push for a culture of zero tolerance to corruption.

Africa, now more than ever, owes China transparency and accountability in the manner in which it puts the resources it receives to use.

The continent itself has affirmed that corruption is indeed an epidemic. In January, the African Union (AU), during its 30th summit dubbed "Winning the fight against corruption: a sustainable path to Africa's transformation," declared 2018 as the African anti-corruption year.

According to the AU, over $148 billion or approximately 25 percent of Africa's average GDP is lost to corruption.

While China is itself fighting corruption, there are lessons that Africa can learn from it.

The author is a Kenya-based journalist.