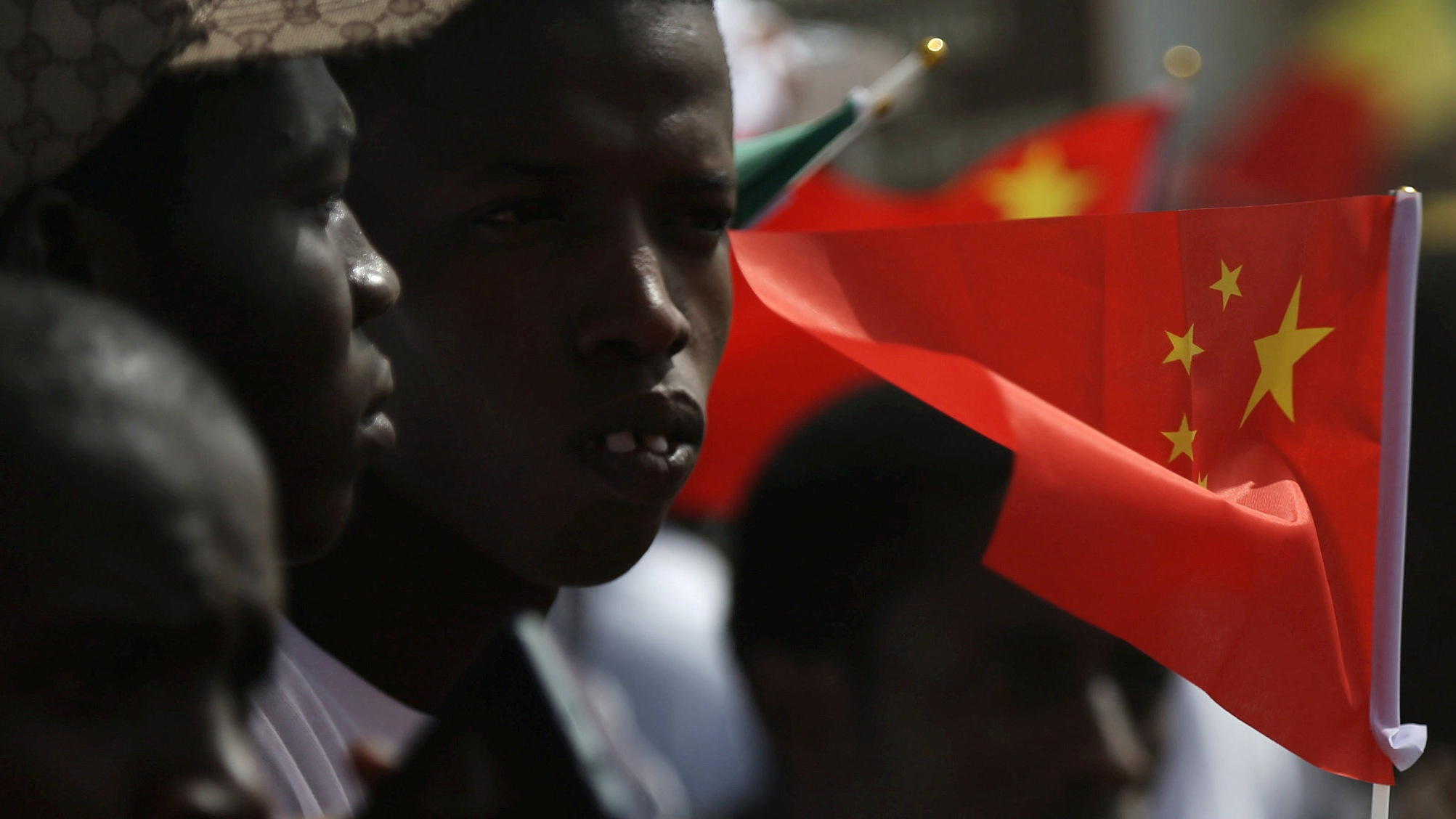 The Forum on China-Africa Cooperation (FOCAC) Summit will be convened in Beijing  on September 3-4. The leaders from Africa and China will meet against the background of a world becoming increasingly multipolar with a globalized rising cultural diversity, and more and more digitalized societies. The zero-sum games where the strong crush the weak are utterly rejected by Africa and China. Win-win cooperation is the only beneficial way forward.

Africa and China continue to work together to ensure that all instruments and mechanisms of global governance allow for the full realization of their comprehensive strategic partnership which, as long as it is based on mutual benefits, will make the win-win cooperation a reality on the ground, and give much-needed hope to the peoples of all participating countries for a genuinely prosperous future.

During the past decade, Africa has grown at a rate of 3 percent faster than the global GDP, with regional growth predicted to remain stable above 5 percent in 2018 and beyond. Africa’s working age population is expected to double to 1 billion in the next 25 years.

Therefore, the Belt and Road Initiative (BRI) merits its rightful place on the global developmental agenda as long as it promotes inclusive development, poverty eradication and shared prosperity. It is a concrete example of the realization of United Nations Agenda 2030 for Sustainable Development locally, regionally and globally. 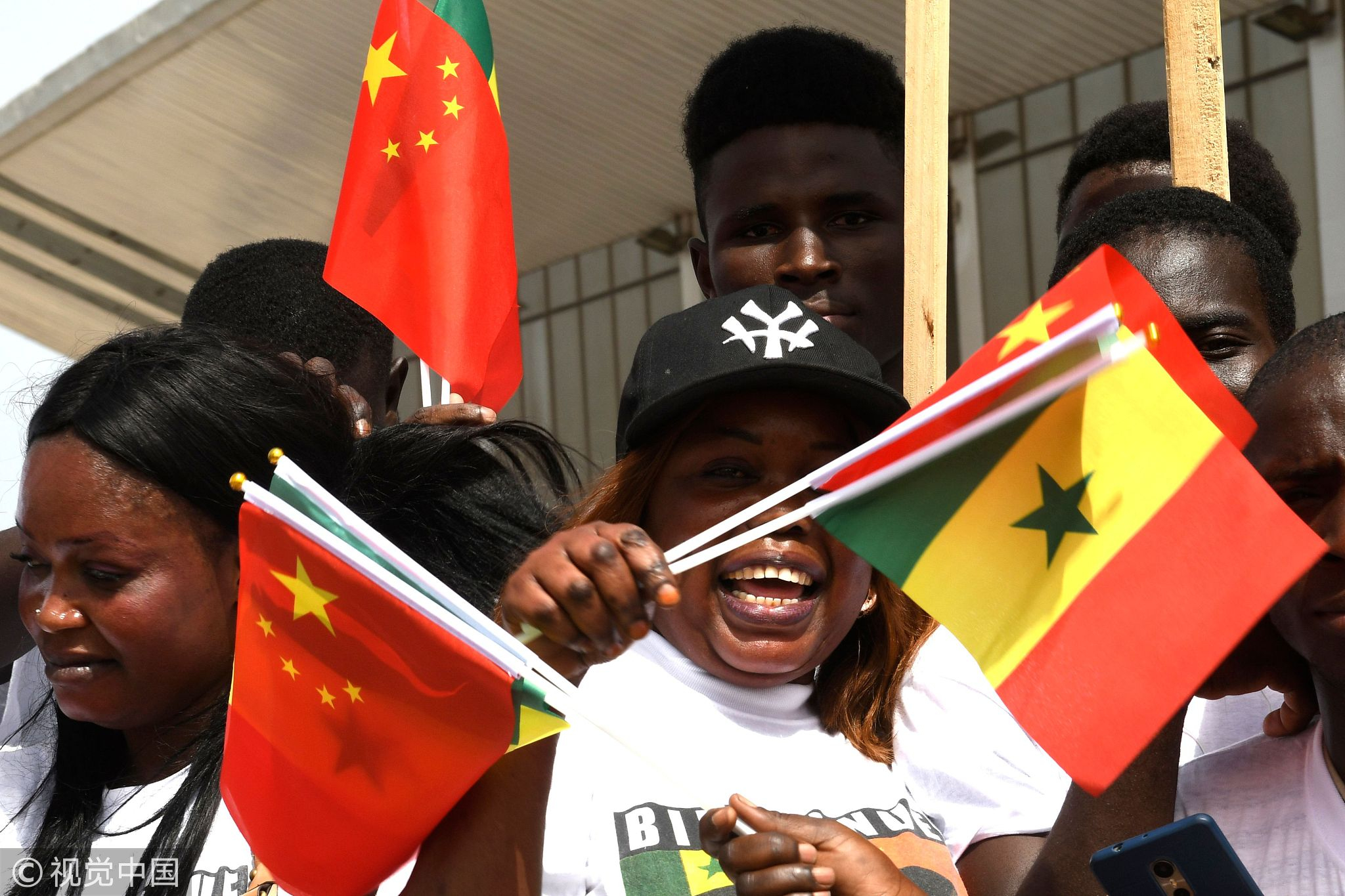 Senegalese hold Chinese and Senegalese flags upon the arrival of Chinese President Xi Jinping for a state visit in Dakar, on July 21, 2018. (Photo: VCG)

The adherence by Sénégal to the BRI is seen as a remarkable step, allowing this global initiative to reach the African façade of the Atlantic Ocean, thus pressing forward the integration and development of the African continent. President Xi Jinping’s recent visits to Sénégal, Rwanda, South Africa and Mauritius and to Egypt back in 2016; further advanced China’s comprehensive cooperation with Africa.

The success of the BRI, to which my country Egypt is totally committed, largely depends on stability, security and poverty eradication from countries along the BRI such as Afghanistan, Syria and Iraq which fall on the historic Silk Road, while Yemen, Somalia, Palestine, Libya, the Sahel Region and the Great Lakes Region of Africa are adjacent to the Maritime Silk Road.

To guarantee Africa’s peace and development, China and Africa must continue to work together to stabilize these regions by combating terrorism in all its forms, eradicating illegal trafficking of humans, drugs, narcotics and arms from the Continent.

Among Africa and China, there is total agreement that uprooting the danger of terrorism requires a comprehensive approach in order to eliminate all terrorist organizations without distinction, by standing up firmly to all sponsors of terrorism including those who finance, arm, train, and provide shelter, as well as political, ideological and media support to the terrorists. 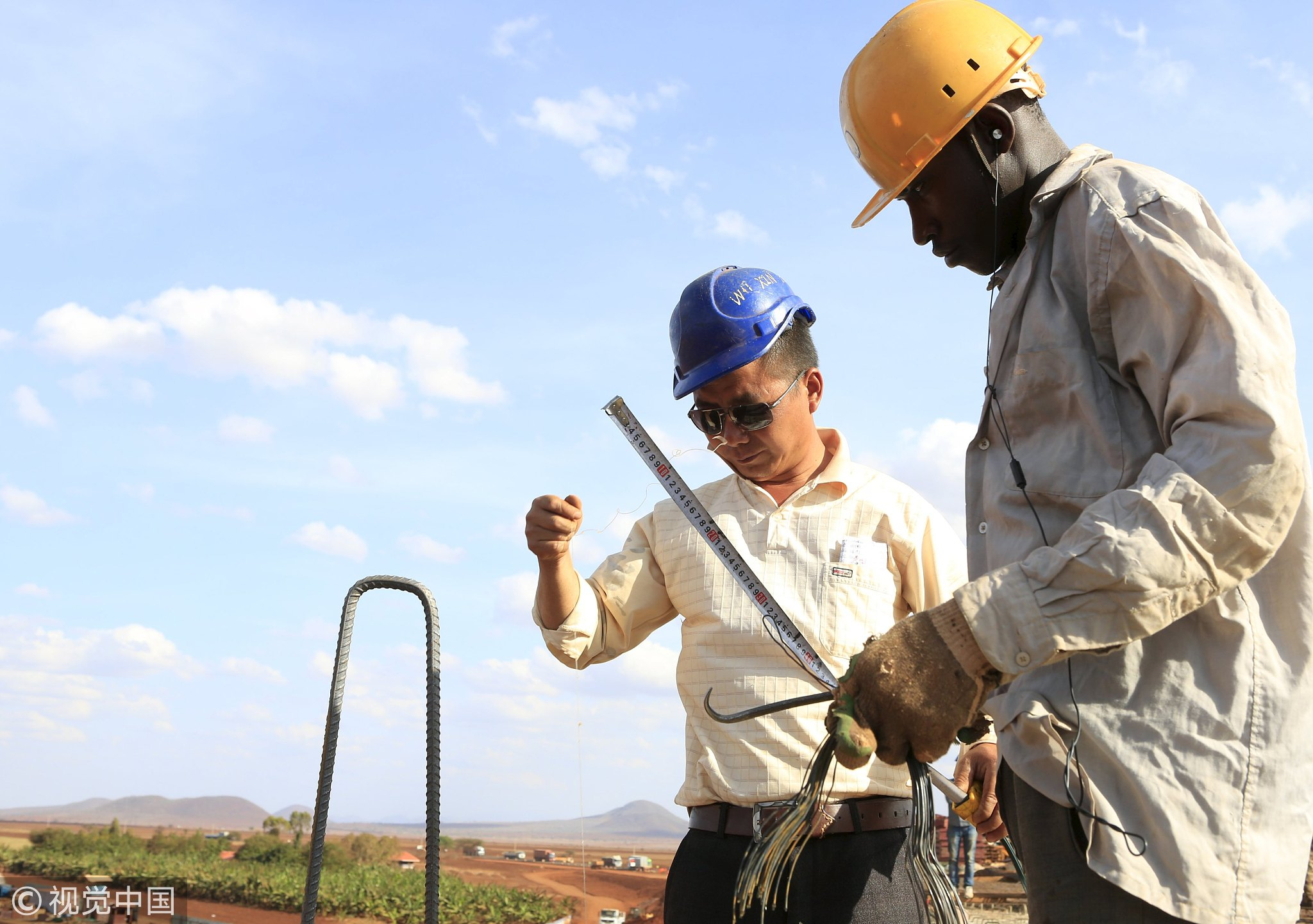 A Chinese construction engineer works at a section of the Mombasa-Nairobi standard gauge railway at Emali in Kenya on October 10, 2015. (Photo: VCG)

In this context, Africa appreciates China’s continued support to the African Union, its regional economic communities and other African sub-regional institutions dealing with issues of peace and security in Africa, as well as China’s military assistance over the years, in supporting the African Peace and Security Architecture, including the "operationalization" of the African Capacity for Immediate Response to Crisis, and the African Standby Force.

The launch of Strategic Security and Military Cooperation between China and Africa, expected to be approved by the FOCAC Summit, is a major roadmap aiming at a coordinated response to the many interlinked challenges confronting the stability of the continent with the purpose of strengthening security and resilience, conducting cross-border counter-terrorist operations, combined military training and joint operations, deepening exchanges on new technologies, and intelligence sharing on security on combating terrorism to further widen Africa's response to crisis situations as well as to safeguard Chinese investments on the continent.

Africans note with satisfaction that, within the BRI, Beijing is actively involved in more than 3,000 infrastructure projects with more than 225,000 Chinese workers building roads, railways and port networks across Africa, connecting them to major global sea routes, and areas such as the Gulf of Aden, the Red Sea and the Suez Canal, which are vital routes connecting Africa to Asia and Europe.

Today, almost one million Chinese citizens live in Africa, while more than 200,000 Africans reside and work in China.