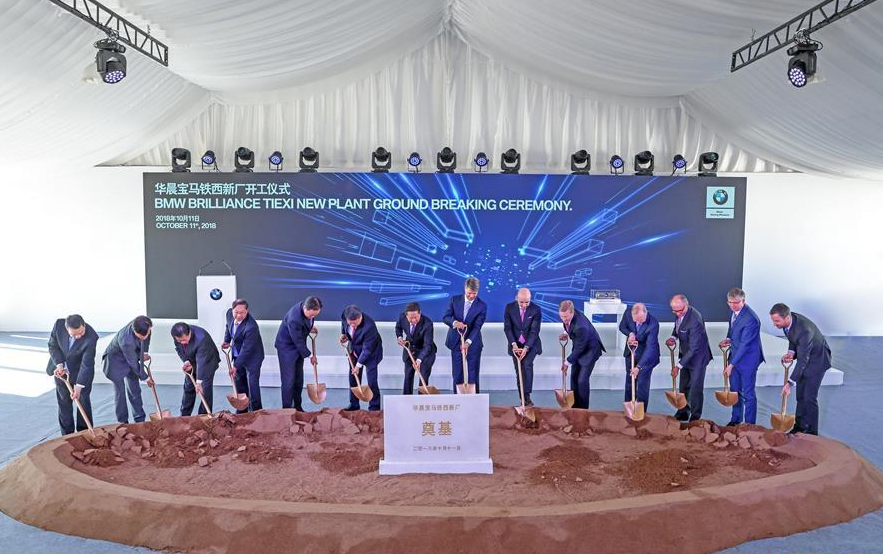 Instead of retreating from China, foreign companies are reinvesting for the new opportunities to emerge from the further opening-up of China.

In the first half of 2018, China topped the world in drawing foreign direct investment (FDI), boasting about 70 billion U.S. dollars in capital inflows, a UN report said recently.

The report of the United Nations Conference on Trade and Development (UNCTAD) said FDI flows to China grew 6 percent to 70 billion dollars, or about 15 percent of the global total.

In sharp contrast, the global sum during the same period slumped by 41 percent to its lowest in a decade.

"More intensive efforts in attracting foreign investment and opening up markets, such as the pilot free trade zones and the more open western regions, are the main reasons for the increase of FDI flows to China," James Zhan, director of the UNCTAD's Division on Trade and Enterprises, told Xinhua.

Earlier this month, Dutch battery maker Lithium Werks BV announced the decision to invest 1.6 billion euros (1.8 billion dollars) in a lithium-ion battery plant in eastern China, the second of its kind. The new factory with an annual production capacity of 8 gigawatt-hours, sufficient for powering 160,000 cars, is planning to start operations in early 2021.

"We're in China again because it moves faster than others, it makes decisions quickly," chairman of the Dutch company Kees Koolen said.

And the Dutch company is not alone. Many companies inked investment deals during Chinese Premier Li Keqiang's visit to the Netherlands last week.

Among them were Royal Dutch Shell PLC, KLM Royal Dutch Airlines as well as Internationale Nederlanden Group. The deals worth billions of dollars are for existing projects and new joint ventures with Chinese partners.

"Our opening-up policy is consistent and applicable to all without discrimination," Premier Li said during the Dutch trip.

"We are now embarking on a new era," CEO of the German automaker BMW, Herald Krueger, said in a speech earlier this month in China's northeastern city of Shenyang, where BMW's main joint venture is located.

BMW has announced an investment of 3.6 billion euros (4.1 billion dollars) to increase its stake in the joint venture BBA with Brilliance China Automotive Holdings Ltd to 75 percent from 50 percent, in a move to realize further growth to benefit all the parties, said Chief Financial Officer Nicolas Peter.

In the eyes of Western industry analysts, the move after China unveiled plans to remove the ceiling for foreign ownership in auto joint ventures over five years, marked "a major breakthrough," and the German automaker is expected to take the full control over the biggest regional profit pool of its business.

Zhang said a more open China means a fairer competition environment for foreign investors. China's new policy to further open up the manufacturing sector by removing foreign ownership restrictions is applicable to all.

In July, German chemical giant BASF announced an investment of 10 billion dollars in southern China to build a Verbund chemical production site. It will be the company's largest investment ever, and also its first wholly-owned plant in China.

More and more German small and medium-sized enterprises are also searching for opportunities in China.

Rudolf Scharping, Germany's former defense minister and ex-minister president of state Rhineland Palatinate, told Xinhua that China is still the "most attractive for foreign investment" despite the rising cost in production, labor and land.

"Market size, upgrading of technology as designed in 'Made in China 2025', ambitious workers, increasing skills -- those advantages are coming to full effect as China's infrastructure is becoming more and more excellent, the innovation power is developing and step by step, the legal environment is improving," he said.

"Combined with the Belt and Road Initiative, China is an integrated and indispensable part of the global economic development," Scharping added.

He also noticed that China is re-adjusting its growth model where quality and sustainability of products, technologies and services will be decisive, adding that FDI will be more focused on this kind of development, both inbound and outbound.

Official data showed that in the first three quarters, FDI in China's high-tech sectors rose 6.8 percent and accounted for 22.5 percent of the total.

"China is growing constantly in developing technology, especially in the area of big data, which makes its new competitive advantage in earning foreign investment," said Shi Shiwei, visiting professor of economics at Free University of Berlin.

According to him, the era of cheap labor in China is fading out. The export-oriented labor-intensive industries and investment tend to move out of China to its neighborhood where there are cheaper workforce.

At the same time, it's widely believed that China's ongoing urbanization, upgrading of consumption and shift to high-quality growth are generating new opportunities for competitive foreign businesses.