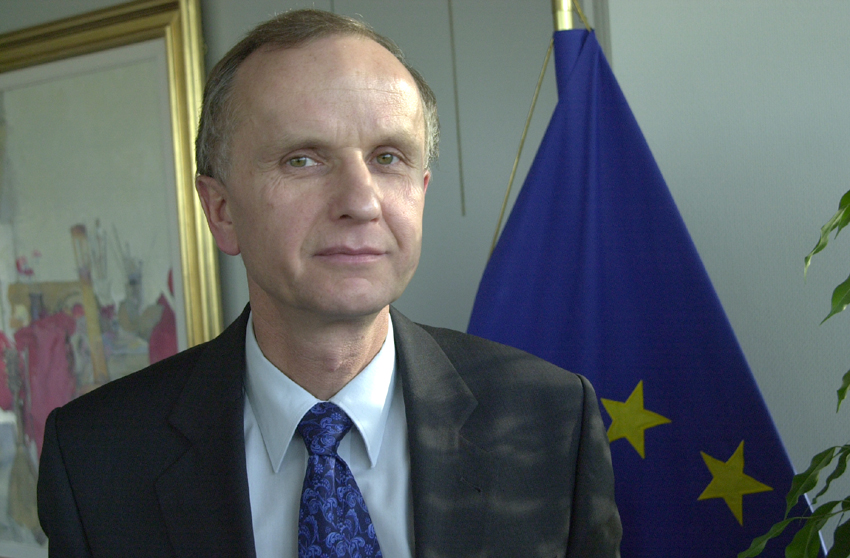 Kolodko, also a former minister of finance and an economist, made the remarks at the forum entitled "How China Changes the World," saying China is committed to trade freedom, and is opposing new nationalism, protectionism, and trade wars.

Kolodko added that Europe should take a positive attitude toward China's investments and donations in Africa, and not perceive them as any kind of neocolonialism.

China's investments in Africa, especially in the fields of infrastructure construction and industry, can help the continent develop better, and reduce the number of illegal immigrants in Europe from Africa, he said.

Chinese Ambassador to Poland Liu Guangyuan said that against the backdrop of rising protectionism and unilateralism, the China-proposed Belt and Road Initiative enables countries to better integrate into the global value chain.

Liu added that China and Poland are natural partners in the Belt and Road Initiative. China is willing to align the initiative with Poland's "Responsible Development Plan" to find more common interests and tap more potential, he said.

Several former Polish ambassadors to China and a number of scholars and entrepreneurs also participated in the forum, which discussed topics including "China and world politics," "Chinese model -- opportunities and challenges" and more.