BRI NEWS Former Russian presidents could be senators for life

Former Russian presidents could be senators for life 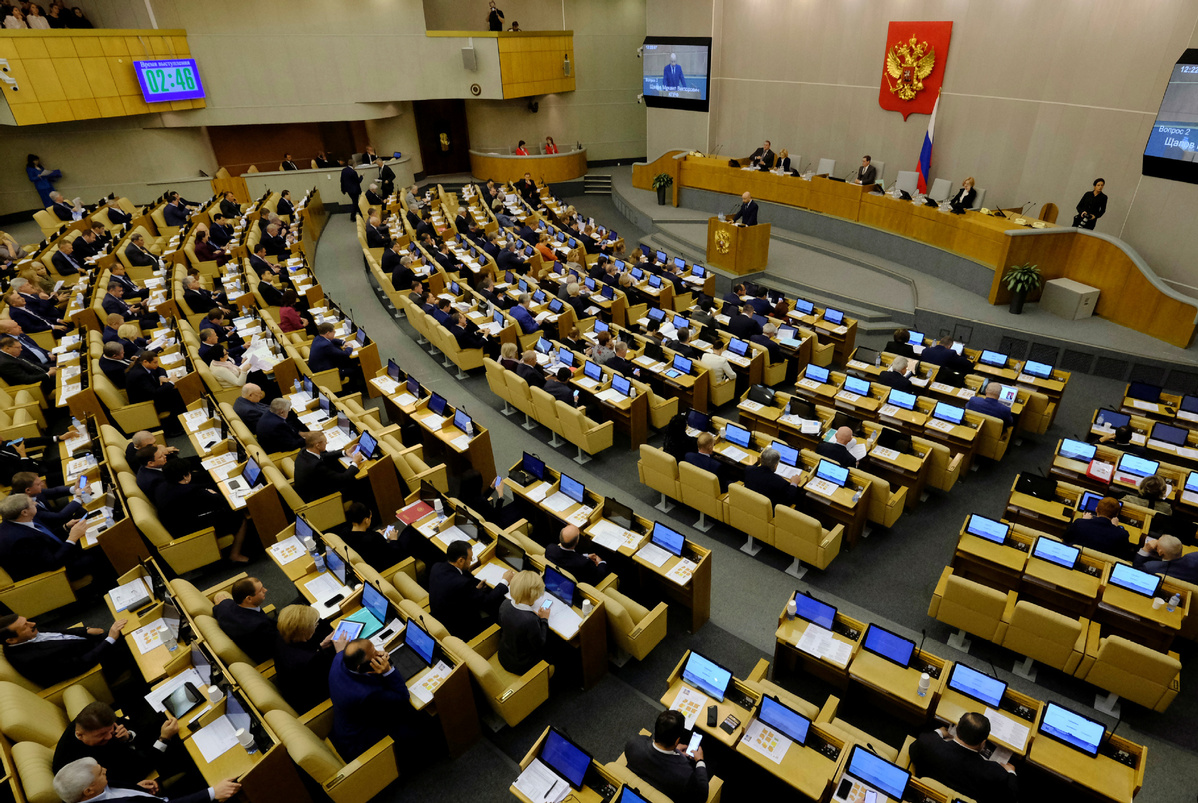 Russian parliamentarians have proposed constitutional amendments that suggested former presidents of the Russian Federation will get the right to become senators for life after their terms of office end, the State Duma said in a statement on Tuesday.

According to the State Duma Committee on State Building and Legislation, the proposal is among the amendments to the Russian Constitution by Russian President Vladimir Putin following sweeping changes to Russia's political system last month.

Meanwhile, it will give former presidents immunity from prosecution "after the term of their office expires or after an early termination of their term of office in case of resignation".

Under the relevant Russian law, lawmakers in the lower and upper houses of parliament are immune to criminal prosecutions.

The proposals to change the Constitution, which were accompanied by a government reshuffle, were made in Putin's State of the Nation address on Jan 15.

The lower house of parliament backed the changes in a preliminary vote last month. The new proposals will also be put to a vote.

Among them is a suggestion that presidents become lawmakers for life in the upper house of parliament once their terms in the Kremlin end or they resign, chairman of the State Duma Committee on State Building and Legislation Pavel Krasheninnikov said, Interfax news agency reported.

Krasheninnikov said the idea had been put forward by the working group of amendments and was based on their study of upper houses of parliament in other countries.

He said the amendments would allow Russia to tap into the "colossal experience and knowledge" of former presidents.

Russian state Tass news agency said that the amendments would also focus on the procedure of shaping the Federation Council, which is made up of representatives from the regions, while the president also has the right to submit his candidacies.

Krasheninnikov said the share of presidential candidates in the Federal Assembly is currently no more than 10 percent (17 people), and the amendments suggested "increasing the presidential share to 30 people, of whom seven representatives can be appointed by the president for life for merits to the country in their state and public activity".

The working group has already put forward an array of other proposals, including one that would change Putin's job description to Supreme Ruler.

Before they become law, the constitutional amendments must be approved by the lower house of parliament in two further votes before being voted on by the upper house, examined by regional parliaments, and then signed by Putin.