BEIJING, April 26 (Xinhua) -- The Belt and Road Initiative (BRI) has made great achievements for the benefit of participating countries and demonstrated its all-win nature, said officials and observers gathering here from across the world. 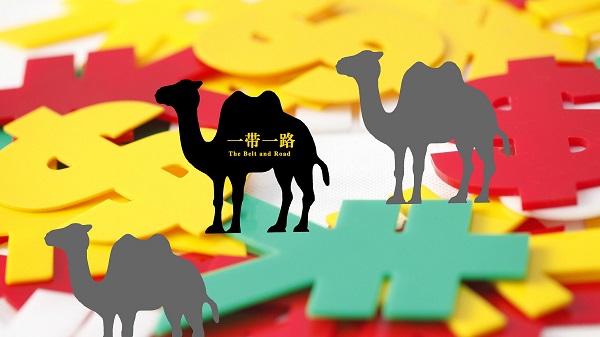 Participants in the ongoing second Belt and Road Forum for International Cooperation (BRF) also cited concrete examples to refute the much-hyped "debt trap" and other unfounded charges hurled at the BRI.

Since Chinese President Xi Jinping proposed the BRI six years ago, 126 countries -- including developed and developing ones -- and 29 international organizations have signed BRI cooperation documents with China.

The three-day BRF, including 12 thematic forums, an opening ceremony and a leaders' roundtable, draws together some 5,000 participants from more than 150 countries and 90 international organizations.

In an interview with Xinhua, Greek scholar George Tzogopoulous, a senior research fellow at the International Center for European Studies, a think tank based in Nice, France, highlighted the successful cooperation between Greece and China on Piraeus port.

In 2016, China's COSCO SHIPPING purchased a 67-percent stake in Piraeus port, which was then struggling. In just two years, Piraeus' performance has soared. Its container throughput has increased from 880,000 TEUs in 2010 to 4.9 million TEUs in 2018, ranking second among all Mediterranean ports.

"COSCO came and invested in Greece at a time that was very difficult for the national economy of Greece ... and it respected the European framework," said Tzogopoulous.

The Greek economy has benefited from the Chinese investment as all employees at the port managed to keep their jobs and new jobs were created, he said.

"Several international companies including German, American and French companies are benefiting because the Chinese investment in Greece is not a bilateral affair between Greece and China," he added. "This suggests that the Belt and Road Initiative is an economic integration mechanism where all sides involved can benefit."

Based on the principle of extensive consultation, joint contribution and shared benefits, the BRI has evolved from a Chinese proposal to a global consensus. China has reiterated that it welcomes all countries to board the train of its development.

The BRI is a "source of hope" for developing countries that need infrastructure construction and investment within the BRI framework, said Leon Juste Ibombo, minister of posts, telecommunications and the digital economy of the Republic of the Congo, at a thematic forum Thursday.

Daryl Wade Swanepoel, convenor of the African National Congress Progressive Business Forum of South Africa, refuted such claims that the BRI may trap participating countries in debt, stressing that China is creating opportunities for investment on the basis of mutual benefit and win-win outcomes.

He pointed out that it is just not in China's interest to promote a debt trap.

Meanwhile, "Africa has not closed its doors to other areas like Europe and the United States and so forth," he said. "There's more than enough opportunities on the continent for everyone."

Calling the BRI "the most successful integration model of the last few years," Tzogopoulous said, "It's not only China which is benefiting from the project but also the countries where the investments are taking place."

"The more China is growing, the more it is contributing to growth and prosperity," he added. "China's principles are clear and straightforward and that's why China contributes to peace and stability."