Forum held in Phnom Penh on Cambodia-China ties under BRI

PHNOM PENH, Dec. 22 (Xinhua) -- An academic forum on the Cambodia-China relations under the Belt and Road Initiative (BRI) was held here Sunday, attracting hundreds of academics, researchers and university students. 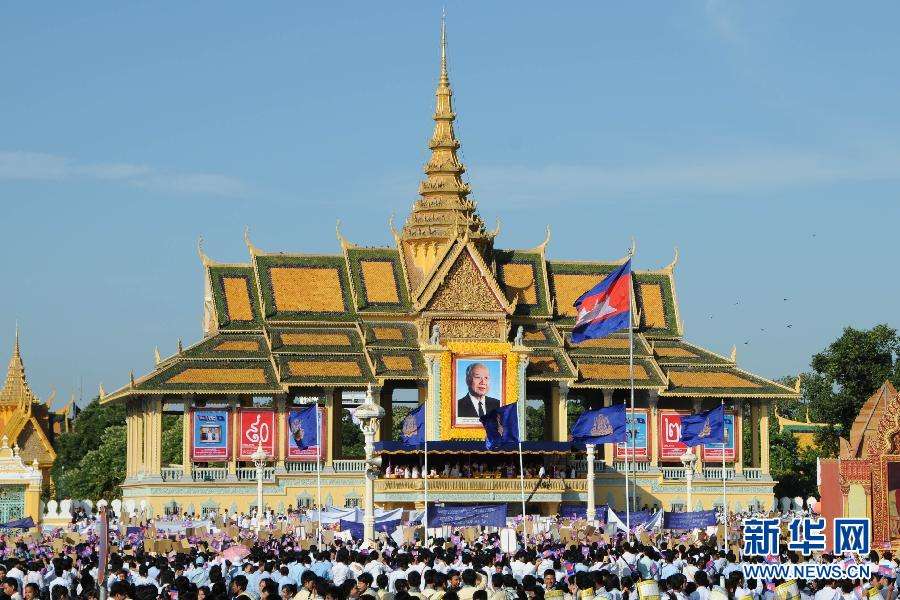 Sok Touch, president of the Royal Academy of Cambodia (RAC), said the half-day forum, convened to mark the 10th anniversary of the Confucius Institute at the RAC, was vital to garnering inputs for the brighter development of the Cambodia-China relations in the future.

He said the relationship between the two countries was based on the principle of mutual benefit, equality, mutual respect for territorial integrity and sovereignty, and non-interference in each other's internal affairs.

Touch said the BRI, proposed by China in 2013, has provided tremendous opportunities for Cambodia in socio-economic development.

BRI, a reference to the Silk Road Economic Belt and the 21st Century Maritime Silk Road, was aimed at building a trade, investment, and infrastructure network that connects Asia with Europe and Africa along the ancient trade routes.

Chou Chandary, a history professor at the RAC, said the BRI has significantly helped develop infrastructure connectivity and economy in Cambodia.

"Under the BRI, the relations between Cambodia and China have moved closer, and Cambodia has received a lot of investments from China," he said. "The two countries always provide mutual benefit in politics, economics and culture."

Cambodia and China forged diplomatic relations on July 19, 1958, and the bilateral ties were elevated to the comprehensive strategic partnership of cooperation in 2010.

Kin Phea, director general of the International Relations Institute of Cambodia of the RAC, said the Cambodia-China ties have currently reached an all-time high in the history.

"Cambodia and China are iron friends, and the two countries always help each other under all circumstances," he said.

On the investment front, Cambodia had received a cumulative investment of about 21 billion U.S. dollars from China from 1994 to date, while on the tourism side, the kingdom attracted 2 million Chinese tourists during the first 10 months of 2019, up 24 percent over the same period last year.