Chinese President Xi Jinping held talks with his Russian counterpart Vladimir Putin in Russian port city of Vladivostok on Tuesday, the same day he arrived in the city for the Fourth Eastern Economic Forum (EEF) at the invitation of Putin. 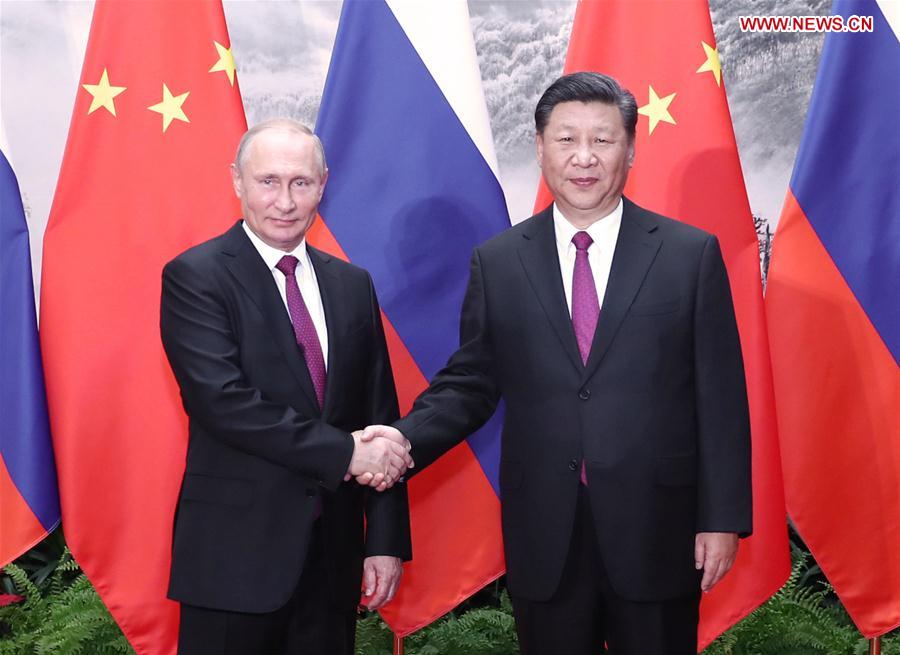 The two heads of state agree that regardless of the changes in the international situation, China and Russia will unswervingly promote their ties and steadfastly safeguard world peace and stability.

China and Russia enjoy stable and mature country relations. Both sides take care of each other’s interests and concerns, and support each other’s efforts in safeguarding core interests.

They share a great deal of consensus on global governance and adopt a positive attitude toward building a new type of international relations. China-Russia ties have transcended the bilateral scope.

What are the secrets to the friendship between China and Russia?

China-Russia relationship continues to progress. Both as major countries in the world, the two sides have upgraded their ties all the way from friendly neighbors in early days to today’s most important comprehensive strategic partners of coordination.

Giving priority to each other in their diplomatic layout, China and Russia have developed a high-level and special relationship characterized by comprehensive spheres, strategic coordination, equality and mutual trust.

China-Russia relations have firm legal basis. The Treaty of Good-Neighborliness and Friendly Cooperation between the People's Republic of China and the Russian Federation serves as one of such foundations for the continuous development of their ties.

The China-Russia relationship, which is characterized by non-alliance, non-confrontation and not targeting any third party, also sticks to the concept of ever-lasting friendship.

Such characteristics and concepts have been made into laws and treaties. To earnestly uphold and implement the Treaty gives a strong impetus to the further development of bilateral relations.

The relationship between China and Russia is a comprehensive one which is testified by cooperation in various fields such as politics, economy, culture, ecology, science and technology and education.

For instance, their economic cooperation, which is grounded on their deeply converged interests, has stretched to finance, aerospace, high-speed rail, high technology, energy, agriculture and other sectors. Over the past 15 years, their two-way trade has increased by ten-fold.

The two countries has continuously expanded cooperation fronts to fields like joint research and production, and joint work on major strategic projects. Their efforts are cementing the material basis for their national development.

In addition, expanding local cooperation is also a new highlight of China-Russia cooperation.

Both 2018 and 2019 mark the years of China-Russia local cooperation and exchange. Xi’s attendance of the Eastern Economic Forum will further promote the mutually beneficial cooperation between Northeast China and the Far East of Russia, and enlarge cooperation for bordering areas.

At present, the Belt and Road Initiative put forward by China has gradually aligned with Russia-proposed Binhai 1 and Binhai 2 international transport corridors, forming a cross-national land and maritime transport channel.

Projects such as road and railway bridges across the Heilongjiang River and China-Russia-Europe freight trains are also under progress.

The cooperation mechanisms to coordinate the development in regions along China's Yangtze River and Russia's Volga River, as well as China's northeast region and the Russian Far East set a good example for China-Russia sub-national cooperation.

Certainly, the China-Russia relations are a result of the close friendship between the top leaders of the two countries. Such personal friendship is fully revealed by the two heads of state’s attendance of big events hosted by the other country.

It is believed that the increasingly comprehensive China-Russia relations will bring tranquility and stability to the whole world, despite the complex international situation.

The author, Xing Guangcheng is a research fellow at the Chinese Academy of Social Sciences.