The fourth China-Arab States Expo was held in northwest China’s Ningxia Hui Autonomous Region from September 5 to 8. Chinese President Xi Jinping sent a congratulatory message to the opening ceremony of the event. 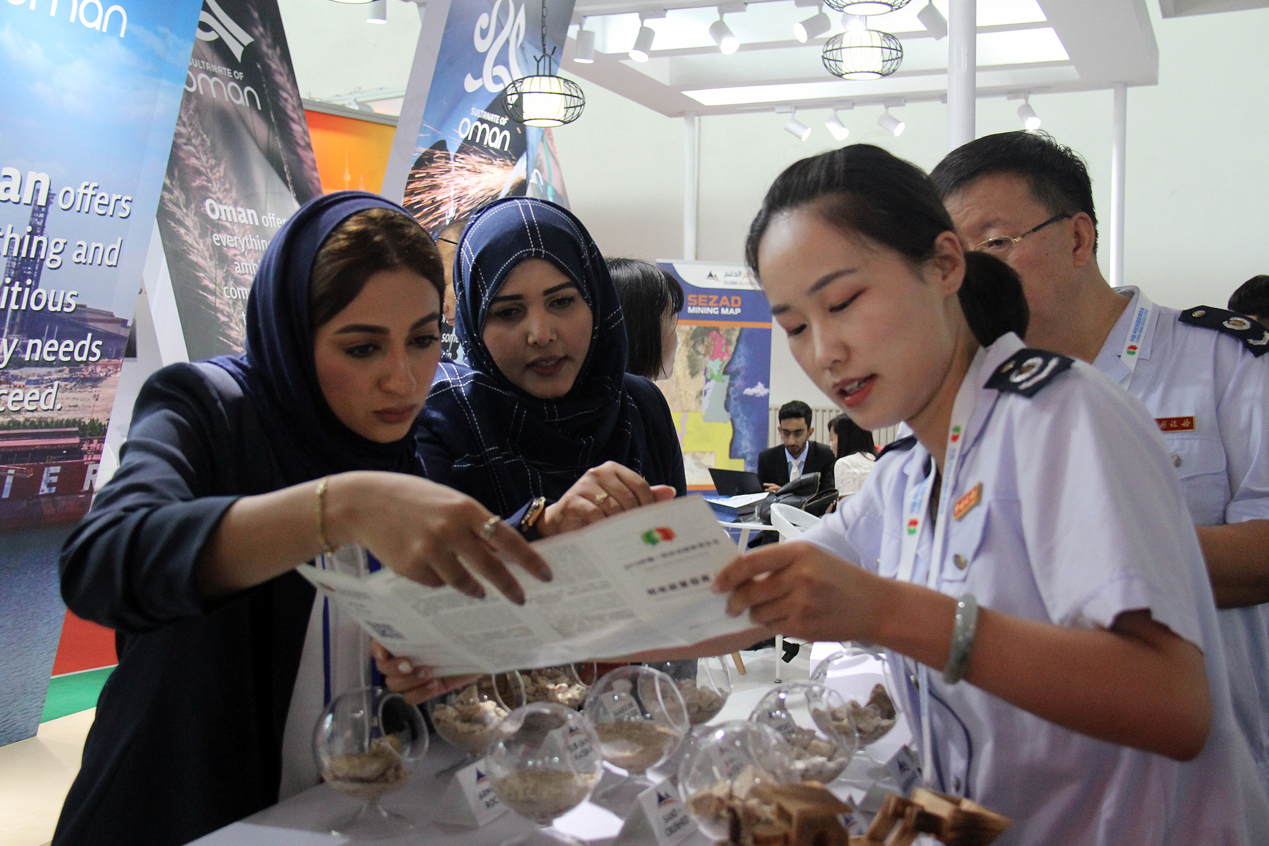 Adhering to the principle of extensive consultation, joint contribution and shared benefits, the event served as a comprehensive national platform opening to the world. It focused on economic and trade cooperation and highlighted pragmatic results. 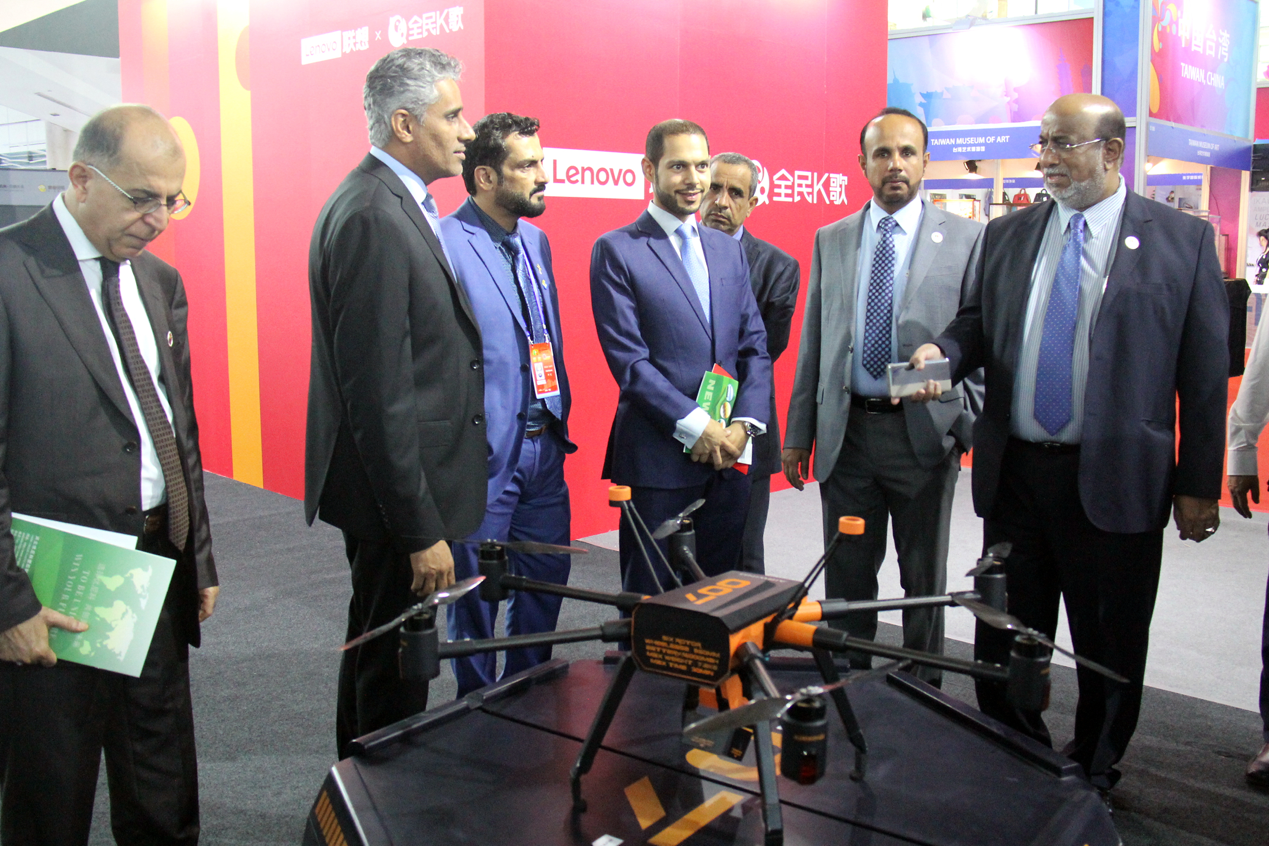 Delegates from Jordan Investment Commission appreciate a drone at the Exhibition of Cooperation and Innovative Products of Countries along the Belt and Road. (Photo: People’s Daily/Chen Shangwen)

Over 2,900 regional organizations, chambers of commerce, associations and enterprises from 107 delegations in 89 countries attended the opening ceremony, eight exhibitions and investment promotional activities, four conferences and forums, and serial activities organized with the theme of the province, Jiangsu.

A series of negotiations and investigations about trade, high-tech, internet plus, digital economy, infrastructure and capacity cooperation were held during the expo, facilitating a batch of cooperation agreements and practical results, which further demonstrated the role of the event to serve the Belt and Road Initiative (BRI) and promote economic and trade exchange.

Boydiel Houmeid, vice president of the National Assembly of the Islamic Republic of Mauritania, delivered a speech at the opening ceremony of the expo, noting that Arab countries hope to establish a model of international cooperation featuring zero external interference, mutual understanding, mutual respect and win-win-results.

It is believed that more opportunities will be created for China-Arab states cooperation, said Houmeid.

Bilateral cooperation between China and Arab countries are seeing increasingly broad prospects for cooperation, said Shi Taifeng, secretary of Ningxia Hui Autonomous Region Committee of the Communist Party of China (CPC), stressing that Ningxia will make good use of the important platform of the China-Arab States Expo to promote high-quality development of the BRI, so as to build a bridge between the enterprises from both China and Arab countries.

China and Arab countries have many ideas, opportunities and measures to be implemented, which will all help promote economic and trade exchanges between the two sides, especially in areas with comparative advantages such as agriculture, energy, technology, and industry, said Mahmoud Hassan Elamin, director of the Representative Office of the Arab League in Beijing.

In September 2015, China-Arab States Agricultural Technology Transfer Center was set up in Ningxia as one of the moves to put into practice President Xi’s important proposal.

Meanwhile, the center has also held multiple cross-border training sessions for technical personnel and facilitated a number of transfer and demonstrating projects of advanced technologies between China and Arab nations, such as the prevention and elimination of date palm pests.

The efforts to jointly build technology transfer centers have been productive, said Mahmoud Sakr, Egyptian vice minister of Higher Education and Scientific Research, who, on behalf of Egypt, signed a memorandum of understanding with China on the establishment of the China-Egypt Technology Transfer Center two years ago.

The China-Egypt Technology Transfer Center offered opportunities for nearly 50 officials and young Egyptian scientists to go to China for training in such areas as innovation, incubator, and scientific park operation, Sakr introduced, adding that the two countries have carried out cooperation in four areas including smart agriculture and remote sensing technology.

It represents an important driving force for the development of scientific and technological innovation in Egypt, said Sakr.

So far, China has signed cooperation documents on joint construction of BRI with 18 Arab countries. As an important China-Arab nations platform for BRI construction, the China-Arab States Expo has played a positive role in promoting economic and trade exchanges and cooperation between China and Belt and Road countries including Arab nations.