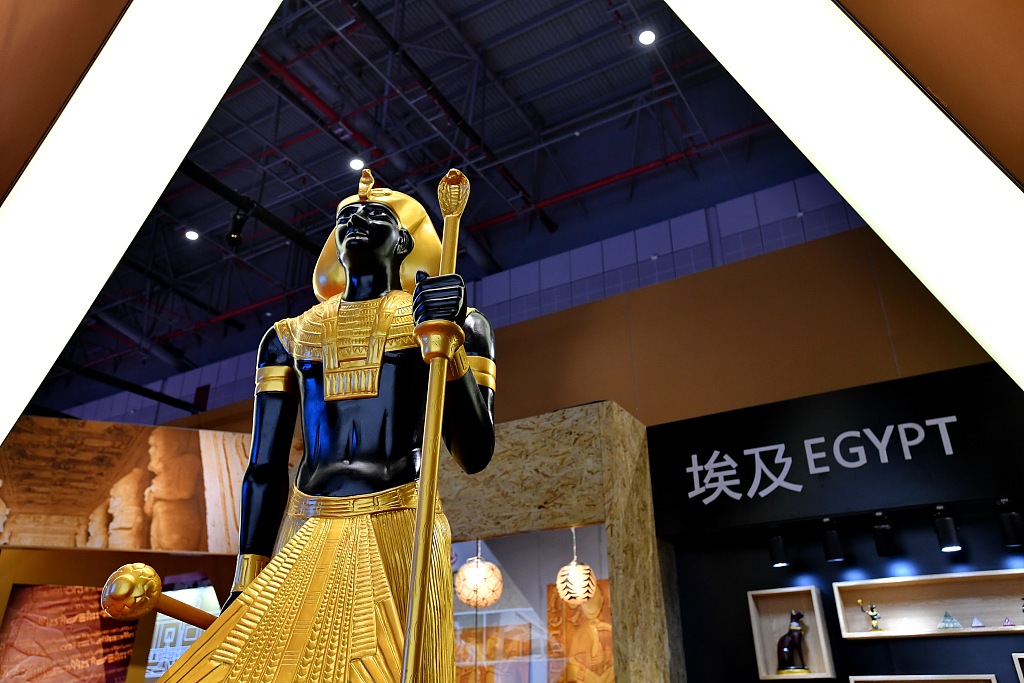 The exchange of visits between Egyptian and Chinese officials over the past few years has greatly boosted the fast-growing bilateral relations.

China's Ministry of Foreign Affairs announced on Thursday that the country's top political adviser Wang Yang, a member of the Standing Committee of the Political Bureau of the Communist Party of China Central Committee, will pay an official visit to Egypt in the coming days.

Wang, also chairman of the National Committee of the Chinese People's Political Consultative Conference, will visit Egypt at the invitation of Egyptian Parliament Speaker Ali Abdel-Aal.

In mid-June, Abdel-Aal led a delegation of Egyptian lawmakers to make an official visit to China to push forward bilateral parliamentary cooperation.

During the visit, Abdel-Aal met with Chinese Vice President Wang Qishan in Beijing, where they discussed means of deepening bilateral cooperation in various fields.

The Chinese vice president also made an official visit to Cairo in October last year, leading a Chinese delegation that held wide-ranging talks with Egyptian officials on cooperation in several areas.

Egyptian ex-diplomat Ahmed Waly, who has been vice chairman of the Cairo-based Egyptian-Chinese Friendship Association for 24 years, said such diplomatic visits play a key role in boosting the relations between the two countries.

"The visits of members of the Communist Party of China are very important because they represent China's ruling party that outlines the general policy and its details in the country," Waly told Xinhua, stressing that these visits are "of paramount importance."

Egyptian President Abdel-Fattah al-Sisi has made many trips to China since he assumed office in mid-2014.

Beijing has also been visited by Egyptian Foreign Minister Sameh Shoukry and other senior Egyptian diplomats several times since then.

On the other hand, Chinese President Xi Jinping made a state visit to Egypt in January 2016, where he made a remarkable speech to the Arab world at the Cairo-based Arab League headquarters.

Waly said these visits open room for discussing all aspects of bilateral cooperation, including coordination on regional and international issues or boosting economic and trade relations.

"This is why these visits led to elevating the relations between China and Egypt to the level of comprehensive strategic partnership," said the ex-diplomat.

The growing Egypt-China ties enabled an increasing number of Chinese companies to operate in Egypt over the past few years, some of which are taking part in mega national projects in the North African country.

Cooperation between the two countries led to joint infrastructure and industrialization projects in Egypt under the Belt and Road Initiative (BRI) proposed by China in 2013, which seeks mutual development of participating states via win-win partnerships.

Under the BRI, China State Construction Engineering Corporation, a world leading construction company, is currently building a huge business district in Egypt's new administrative capital city some 50 km east of Cairo, including a 385-meter-tall tower that will be the tallest skyscraper in Africa.

Other renowned Chinese corporations are also working on a number of giant energy projects in Egypt, including Sinohydro, Dongfang Electric, Shanghai Electric, State Grid Corporation of China and Huawei.

In late October, the Chinese Cultural Center in Cairo hosted a Sino-Egyptian dialogue on cultural and creative industries, attended by Li Wei, chairman of the Standing Committee of the Beijing Municipal People's Congress, and Chinese Ambassador to Egypt Liao Liqiang.

A couple of days later, Li attended a ceremony in Cairo for launching a new Egyptian-Chinese project to jointly manufacture electric buses in Egypt, via a partnership between Egypt's Ministry of Military Production and China's vehicle manufacturer Foton Motor.

Waly said that the growth of economic cooperation between the two sides is interrelated with more bilateral diplomatic visits.

"Diplomacy is written policies in the first place, leading in the end to real work and cooperation in various fields including industry and trade, in addition to coordination on international and regional issues of mutual concern," Waly said.