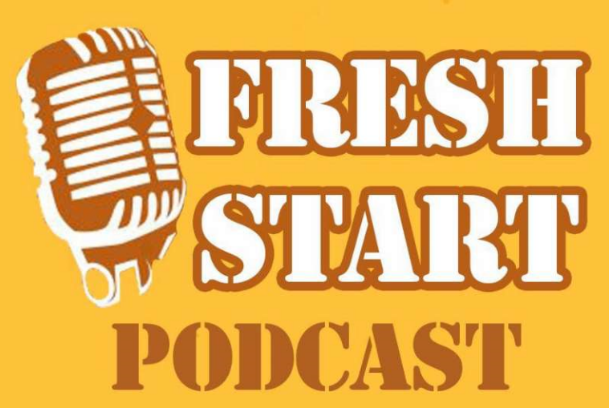 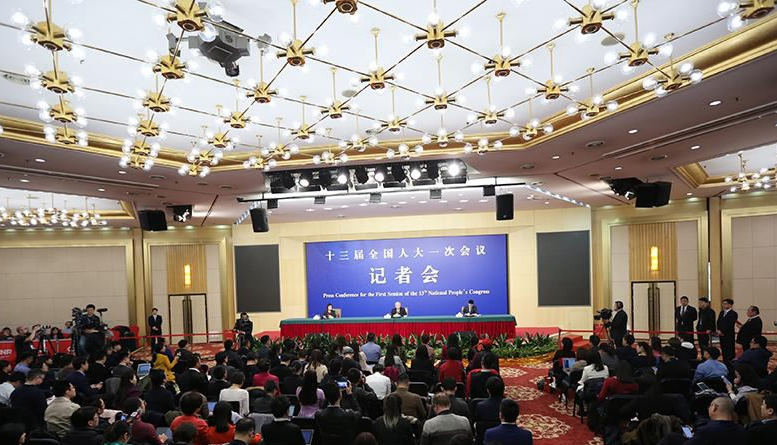 On Wednesday at a sidelines press conference at the ongoing Two Sessions in Beijing, a government official said China had achieved the best results in fighting against poverty.

“At the end of 2012, the country had 99 million people living in poverty, and the number was reduced to 30.5 million at the end of 2017,” said Liu Yongfu, head of the Office of the State Council’s Leading Group for Poverty Alleviation and Development.

According to Chinese government estimates, over 10 million will be rescued from poverty this year. (CGTN)

China to strengthen financial support for Belt and Road Initiative 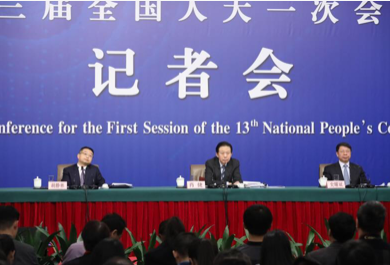 China will increase financing and tax support for the continued advancement of the Belt and Road Initiative, a deputy finance minister said on Wednesday.

The Ministry of Finance is forming an international financing cooperation center in a bid to build a long-term, stable, sustainable, risk-controllable and diversified financing system, said Shi Yaobin at a sidelines press conference at the annual session of the National People's Congress, China's national legislature.

The Belt and Road Initiative, proposed by China in 2013, aims to build a  trade and infrastructure network connecting Asia with Europe and Africa along the ancient Silk Road trade routes to seek common development and prosperity. (Xinhua) 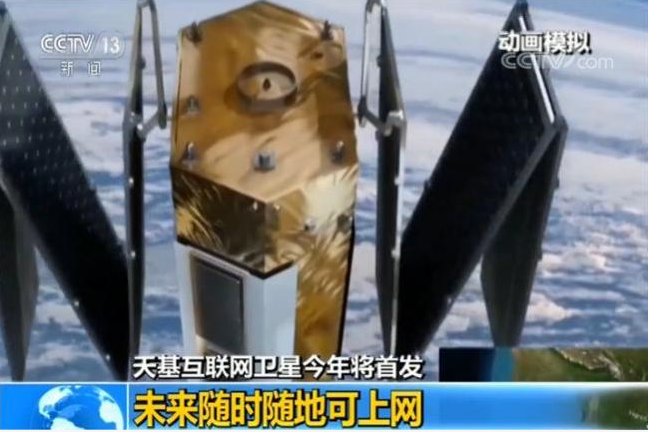 The satellite is the first of 156 satellites that will orbit roughly 600 miles above the earth.

Once built, Hongyun is expected to provide global broadband Internet coverage. (China Plus) 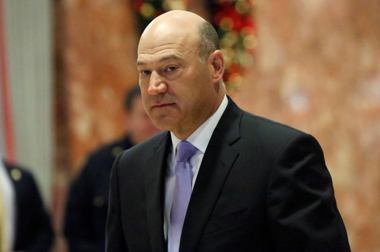 Wall Street’s main indexes fell on Wednesday as investors worried the exit of staunch free trade supporter Gary Cohn from the White House made the imposition of hefty steel and aluminum tariffs and eruption of a global trade war more likely.

The Dow fell as much as 1 percent at opening before trimming some of those losses as markets again debated how serious US President Donald Trump was about a protectionist shift that economists say could damage growth worldwide.

Worries over the threat to global trade that US moves would represent have dominated Wall Street trading for almost a week. (Reuters) 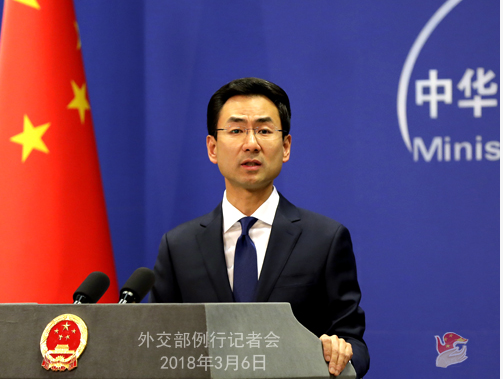 Geng Shuang, a spokesperson from China’s Foreign Ministry, said that China welcomed the news and had taken note of the positive outcomes from the visit between the South Korean delegation and North Korean officials in Pyongyang on Monday.

“We hope that all relevant parties can seize the current opportunity, work for the shared goal and make concerted efforts to promote the process of denuclearization of the Peninsula and politically resolve the Korean Peninsula issue,” Geng said, noting that China is willing to continue to play its due role to this end. (Xinhua) 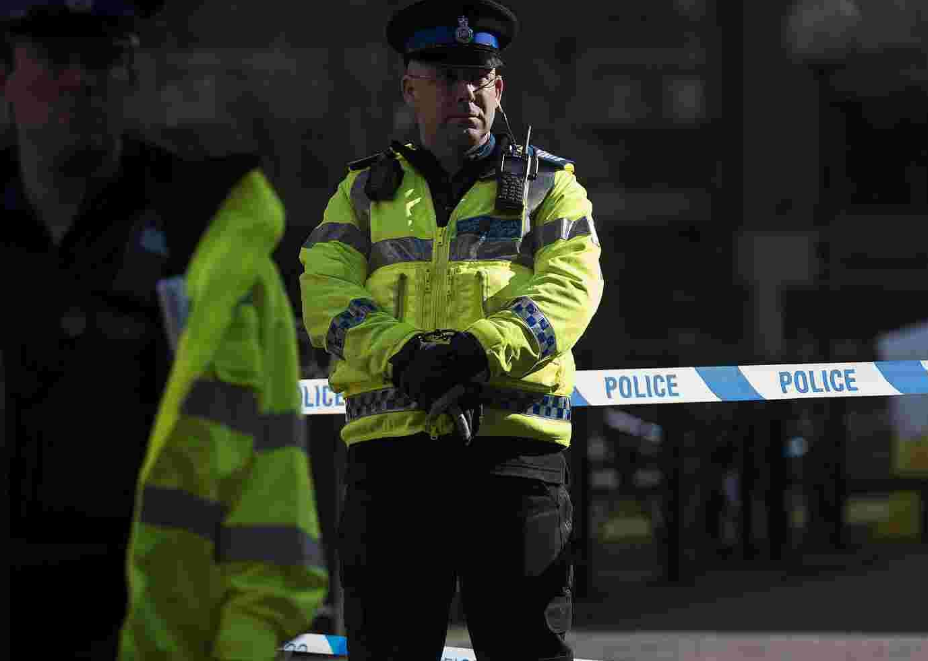 Britain warned Tuesday it would respond "robustly" if it emerged that a government was behind the suspected poisoning of a former Russian double agent found unconscious on a street bench in England, prompting a swift rebuke from Russia.

Sergei Skripal was a former colonel in Russian military intelligence who spied for Britain and moved there in a spy swap in 2010.

He was found outside a shopping center along with his daughter Yulia in the southwestern English city of Salisbury on Sunday.

The pair were treated for "suspected exposure to an unknown substance" and are in a critical condition in a local hospital, police said. (AFP) 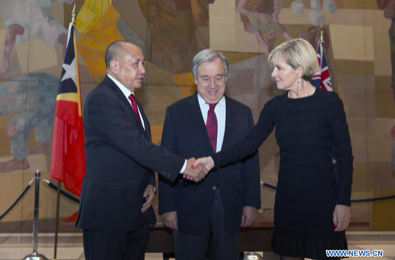 On Tuesday, Australia and Timor-Leste signed a maritime boundary treaty ending a decade-long maritime dispute by formally recognizing a permanent border between the two nations. 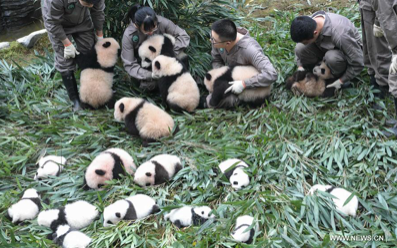 China plans to invest almost $1.6 billion over the course of five years to develop the Giant Panda National Park to help the endangered animals mingle and enrich their gene pool.

The park will span Gansu, Shaanxi and Sichuan provinces, and will cover over 1,000 miles, three times the area of the US' Yellowstone National Park.

The park’s core area will protect pandas in 67 reserves as well as another 8,000 endangered animals and plants. (Global Times)

Today’s quote is from the writer Ernest Hemingway.

“Courage is grace under pressure.”