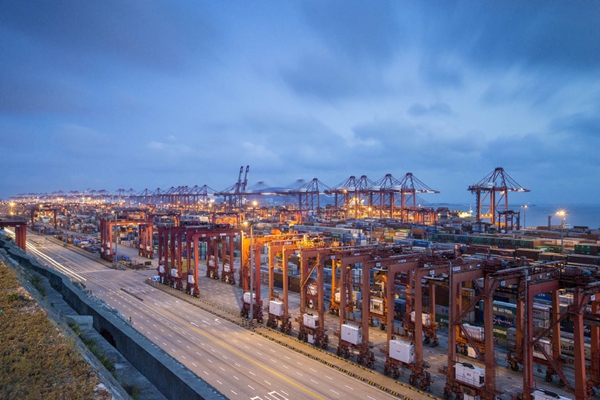 BEIJING, Nov. 20 (Xinhua) -- The landscape of China's pilot free trade zones (FTZs) will be further broadened with the southern island province of Hainan, which was designated this year as the latest and largest pilot FTZ, a move seen to further open the country's market and to attract foreign investment.

Within five years, pilot FTZs have been springing up in the country, with Shanghai as the first testing field to blaze the trail in 2013, followed by 11 more established or being built in a vast land from provinces of Fujian and Guangdong on the southeastern coast to inland provinces of Shaanxi and Sichuan in western China.

Such expansion, however, is not randomly made or a mere duplication of others. Thoroughly planned and researched, the geographical distribution of these pilot FTZs has a far-reaching impact over the development of the Chinese economy, and each of them has displayed its own advantages.

As the financial center of China, Shanghai spearheaded the FTZ experiments particularly in the sphere of financial innovation.

Shanghai Municipal government has taken great efforts to consolidate its financial strength. Data showed 41 renowned international financial institutions have set up 56 asset management companies by November in the Lujiazui Financial City, which is a part of Shanghai pilot FTZ, driving the area a step closer to the target of becoming a global asset management center.

Close to Shanghai, Zhejiang pilot FTZ aims to foster the oil and gas business amid the country's rising demand for oil and natural gas.

Connecting a wide range of regions across the Pacific, Zhejiang shows strong geographical advantages in establishing an oil and gas base, according to the National Energy Administration.

South China's Guangdong Province, where the special economic zones led the reform and opening-up of China 40 years ago, is also a pioneer of FTZ experiment.

Through reforming the tax system, Guangdong pilot FTZ has reduced 3.5 billion yuan and 15 million yuan of tax for eligible enterprises of Hong Kong and Macao since 2017, respectively.

Unlike the earlier reforms where the eastern coast stole the show, in this new round of reform, inland provinces have been actively engaged. In 2017, five inland provincial regions, all major transportation hubs in the framework of Belt and Road Initiative, jumped on the wagon in an effort to promote the country's undeveloped interior and facilitate the Belt and Road Initiative.

Chongqing pilot FTZ, for instance, is exploring its strategic importance as a junction for international logistics. Through China-Europe freight train service, an international logistics system has been formed, connecting Chongqing with the Pacific in the east, Europe in the west, the Association of Southeast Asian Nations (ASEAN) in the south and Russia in the north.

Northwestern China's Shaanxi pilot FTZ, however, is devoted to developing modern agriculture. Shaanxi has China's first agricultural hi-tech industry demonstration zone in Yangling, which led the research and development of agricultural technologies in arid and semi-arid regions in China and cooperated with countries in similar climate conditions along the Belt and Road.

NEW MISSIONS TOWARD A BETTER FUTURE

About 40 years ago, China established special economic zones, which served as windows and testing grounds when the Chinese government decided to open up the domestic market and modernize the country's economy.

Foreign investment pumped in, new regulations were issued and new technologies were tested first in these areas and later spread to other parts of the country, contributing to the fast growth of China's economy over the years.

Observers see the establishment of pilot FTZs as a new move for China to push ahead reform and opening-up under new domestic and external environment.

Compared with special economic zones, pilot FTZs aim to achieve "mutual benefit" and enable the country to participate in global economic cooperation and competition at a higher level, Luo Qinghe, a professor with the Shenzhen University, wrote in a research paper.

A raft of measures was taken for pilot FTZs to create a more investor-friendly business environment in support of fair competition.

The negative list for foreign investment, for instance, has been widely adopted in pilot FTZs to broaden market access. Over the past five years, the negative list has been shortened from 190 to 45 items in Shanghai pilot FTZ.

Application and trade convenience have been largely improved in pilot FTZs. In Chongqing pilot FTZ, the time for getting a new enterprise approved has been shortened from 20 working days to a matter of three hours.

Liaoning pilot FTZ, the only pilot FTZ in northeast China, upgraded the processes for examination and approval in the port of Dalian to facilitate circulation of goods, with the cost for customs clearance slashed by 10 percent.

"After introducing pilot FTZs, the competition between local governments has gradually shifted from GDP growth to reforms," said Yin Chen, a researcher with the Shanghai-based Fudan University.

So far, about 123 measures first tested in pilot FTZs have been gradually promoted and adopted nationwide, and more new reform measures will be made, said the Ministry of Commerce.