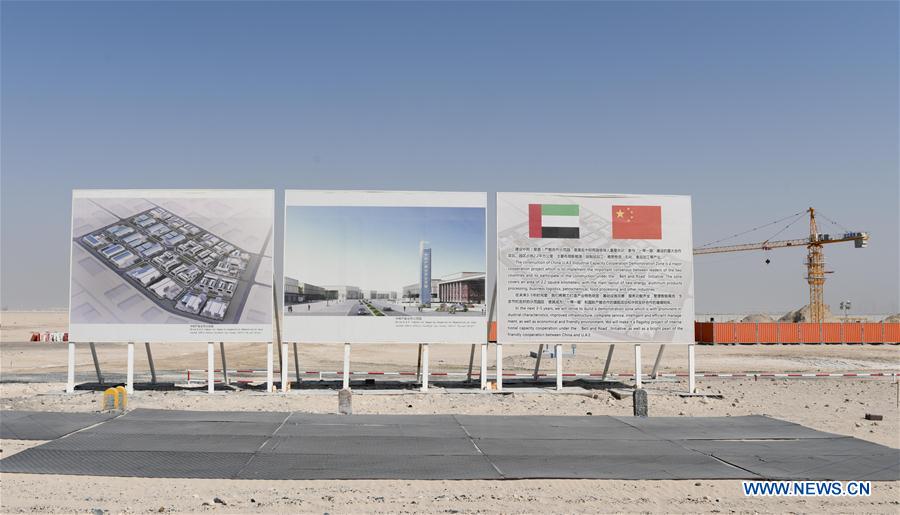 As the first Gulf country to forge a strategic partnership with China, the United Arab Emirates (UAE) has enjoyed fruitful financial cooperation with China over the past years.

Bilateral cooperation in the economic and financial areas is also expected to help open up new channels of collaboration between Gulf countries and China.

In December 2015, China and the UAE launched a 10-billion-US-dollar joint investment fund, with a focus on traditional energy, infrastructure development and high-end manufacturing industries.

The fund, with the first phase of investment worth 4 billion dollars, is a leap forward amid closer economic cooperation between the two countries. It also helped promote Sino-Arab pragmatic cooperation and facilitate global cooperation in manufacturing.

As a founding member of the Asian Infrastructure Investment Bank (AIIB), the UAE supports China's Belt and Road Initiative, and is dedicated to working with China to promote trade between countries along the routes and boost local economic growth, he said.

The ABC has launched RMB clearing services in the Gulf country, while the ICBC has become the biggest bond issuer on Nasdaq Dubai.

The Silk Road Fund, founded in December 2014, has been financing infrastructure projects in Dubai. One of its major investments involves 100 million dollars in the Dubai Hassyan Clean Coal Power Project, which is also invested by China's Harbin Electric Corporation with 50 million dollars.

The project is also financed by an international consortium of banks with 2.5 billion dollars, to which Chinese banks contributed about 78 percent.

The power plant, the first of its kind in the Middle East, will start operating in 2020 to support the World Expo in Dubai. It is expected to be fully completed by 2023.

As a regional hub of trade, finance, logistics and tourism with its advantageous location and policies, the UAE now leads the Gulf countries in seeking closer cooperation with China.

In 2017, bilateral trade reached 41 billion dollars, a 1.06 percent increase from the previous year.

In 2016, the UAE invested over 2.1 billion dollars in China, topping the list among Arab countries. At the end of 2015, China's foreign direct investment in the UAE reached 4.6 billion dollars.

The UAE has signed a series of agreements with China, including a currency swap deal. The Arab country was also included in the RMB Qualified Foreign Institutional Investor scheme.

In terms of tourism, Chinese visitors to the UAE exceeded 1 million in 2017. In January this year, the UAE became the 11th country to have mutual visa-exemptions with China for ordinary passport holders.

He Song, economic and commercial counsellor from the Chinese Embassy in the UAE, said China and the UAE have potential in industrial and financial cooperation with the support of the Silk Road Fund and other funding and insurance programs.

Major projects in the fields of infrastructure, energy and industrial zones will provide impetus for future bilateral cooperation, He said.