Over the last 40 years, China has transformed itself from an agrarian society to the world's second-largest economy thanks to its continuously evolving reform and opening-up policies.

As a commitment to the continuation of deepened reform and opening-up, a total of 12 pilot free trade zones (FTZs) have been established in China since 2013, including in Shanghai, Tianjin, Guangdong Province, and most recently, Hainan Province. Inside these zones, policies related to foreign investment, trade liberalization and facilitation, the currency market and banking are more relaxed.

The China (Fujian) Pilot Free Trade Zone is closest to the Treasure Island of China - Taiwan. It was officially launched in 2015 and integrates three areas – Xiamen, Fuzhou and Pingtan. The Free Trade Zone covers a total of 118 square kilometers and promotes free-flow of goods, capital and services, while giving full play to Taiwan's advantages. 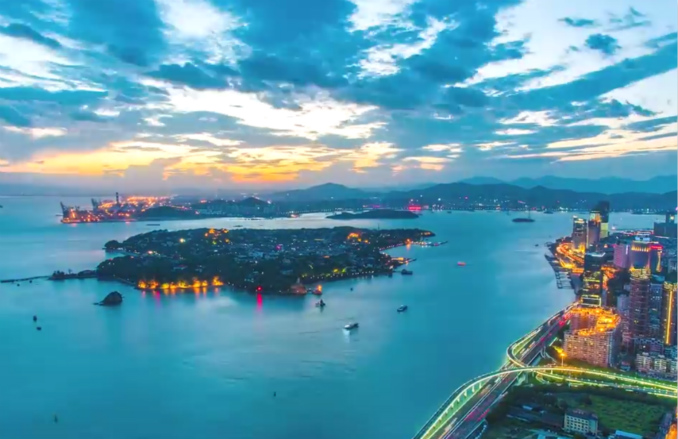 "Over the past three years, we've used the Fujian FTZ as a platform to help boost cross-Strait communication and integrate development between the Chinese mainland and Taiwan," said Dai Bin, Director of Policies and Regulations Bureau of the Administration of Xiamen Area of China (Fujian) Pilot Free Trade Zone.

Dai further explained that the Fujian FTZ established some new models and mechanisms in the process. For instance, the FTZ used its negative list management system to attract investment and cooperation opportunities from Taiwan's emerging and modern service industries. To strengthen cross-Strait economic ties, the FTZ has also utilized the province's shipping service to import and distribute goods from Taiwan. From the sea to the land, the FTZ has also facilitated the transportation of Taiwan's electronic components via China-Europe freight trains to countries in Central Asia and Europe.

To adapt to the increasing import and export volume through Fujian, the Xiamen Area of the Fujian FTZ, which is also an important international seaport on the southeastern coast of China, is developing a smart port model as part of the FTZ's technological innovation. The intelligent port model employs remote control technology on the port's quay cranes. Thanks to this update, quay cranes can now be commanded remotely from a control room. It dramatically enhances the efficiency of crane operations while improving the work environment of operators by reducing safety risks. 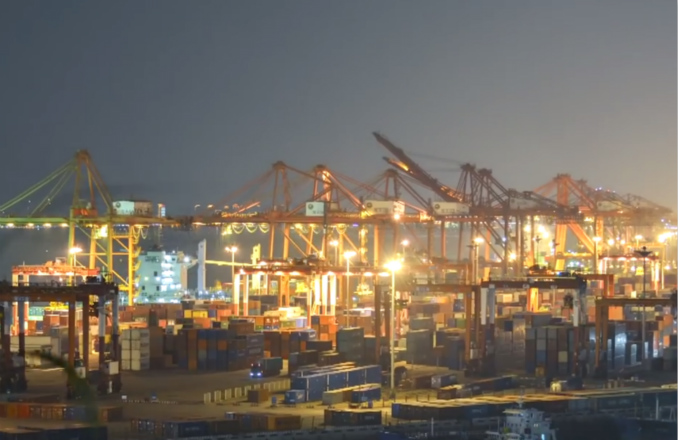 "By installing new electronic devices onto our original cranes, including scanners, vehicle tracking systems and ship monitoring systems, and by pinpointing trucks, we have realized the semi-automation of moving containers from the sea to the land," said Chen Shulin, a mechanic operator of Xiamen Container Terminal Group.

Chen said the smart-port technology has reduced his workload by 70 percent and has vastly improved the working environment. "In my ten years as a crane operator, I never thought I would be operating quay cranes so easily. For the foreseeable future, all ports can use this technology in large-scale application," he added.

The Fujian FTZ doesn't only focus on innovation along the coastline. In Fuzhou, 250 kilometers north of Xiamen, a prominent financial innovation feature known as Fuzhou Mawei Fund Town is managing the investment of over 100 billion yuan from around the world to help boost Fujian's real economy. The private equity fund was established in 2017 based on the FTZ's advantages in geography and policymaking. The aim is to serve the real economy by attracting high-quality fund enterprises from around the world to set up investment operations in the Fujian FTZ.

"The famous Quandt Family from Germany is expected to issue a fund with a total value of over five billion yuan, which will be invested primarily in biomedicine and logistics programs under the BRI [Belt and Road Initiative]," Zhang said.

"The town has enjoyed huge profits brought by China's 40 years of reform and opening-up. In the future, we'll continue to utilize the FTZ's geographical and political advantages to be of greater service to the real economy and to contribute our strengths to the country's reform and innovation process." Zhang added.

Relying on Fujian FTZ's streamlined customs procedures, Best Logistics Technology, a Chinese logistics supply chain service provider backed by Alibaba, has set up a local subsidiary in Fuzhou to provide logistics and warehousing services for cross-border e-commerce businesses, which have boomed in Fujian in recent years thanks to the 21st-Century Maritime Silk Road.

"Within the FTZ, we use warehousing software to synchronize with the system used by customs, so that customs can monitor our inventory status in real time. Then we use logistics software to distribute our goods to consumers," said Zhao Yuchen, Assistant Manager of Best Logistics (Fuzhou) Co., Ltd.

As the core area of the 21st Century Maritime Silk Road, Fujian connects the land with the sea through ship-to-freight-train transportation of goods, boosting exports from Taiwan and Southeast Asia to Europe and Central Asia. According to the Department of Commerce in Fujian Province, over 5.79 billion yuan worth of goods have been transported since the Taiwan-Fujian-Europe freight trains were launched in 2015.

"We also import daily consumer goods from countries such as Japan, South Korea, and Australia. These goods include facial masks from South Korea, biscuits from Japan and powdered milk from Australia, to name a few," Zhao said.

The Fujian Pilot Free Trade Zone, along with the other 11 free trade zones in China, works as a testing ground for comprehensive deepening of reform, where measures such as streamlined business registration and easier access to administrative services are tested before being promoted nationwide.

China has reiterated on many occasions that the country will open its door even wider to the world. The steady development of free trade zones will bring about new prospects for reform and opening-up at a higher level.