BEIJING, Nov. 27 (Xinhua) -- A signed article by Chinese President Xi Jinping titled "Joining Hands for New Splendor in the New Era" was published Tuesday on Spanish newspaper ABC ahead of his state visit to the European country. 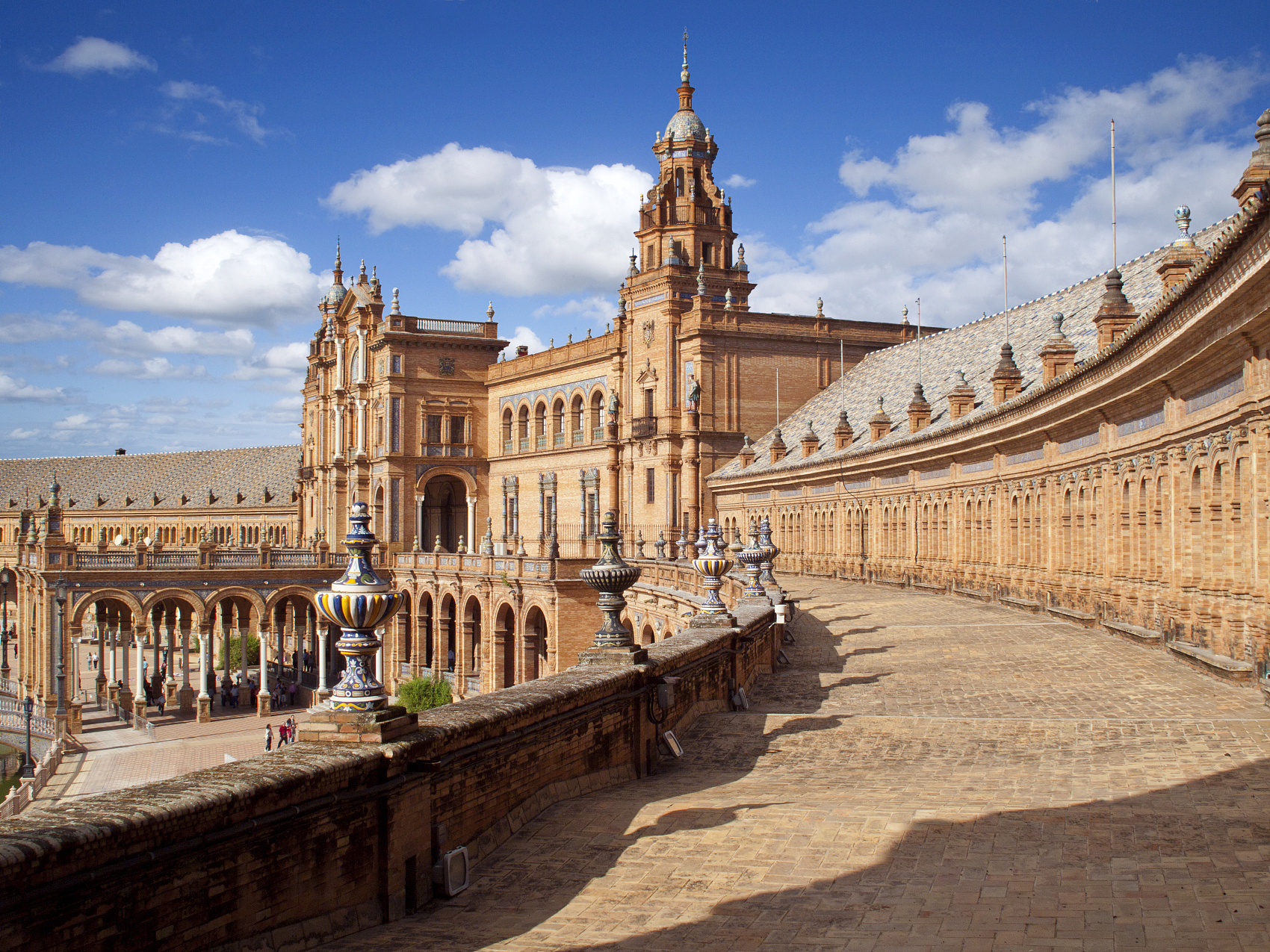 Joining Hands for New Splendor in the New Era

I am delighted to visit Spain, a beautiful and richly-endowed Kingdom, at the kind invitation of King Felipe VI. This will be the first stop of my trip that takes me to Europe and Latin America for state visits and for the G20 Buenos Aires Summit.

The Earth is the planet we all call home. Right now, the international situation is going through profound and complex changes. Multipolarity, economic globalization, widespread application of ICT (information and communications technology), and cultural diversity have turned human society into a community with a shared future where our interests are closely intertwined. At the same time, we are confronted with challenges as never before, particularly rising protectionism and unilateralism. A major task of my trip this time is to engage with leaders of host countries and major economies in discussions on ways to enhance unity among the international community, improve global governance, develop partnerships, and deepen friendship and cooperation for peace, stability, development and prosperity of the world.

Spain is an ancient civilization in Europe. It has nurtured a splendid culture and many great minds, and has had a significant impact on the development of human history. On the map of the world, China and Spain may seem far away. Yet, more than 2,000 years ago, the ancient Silk Road linked up the ancient Chinese capital of Chang'an with the Spanish city of Tarraco, today's Tarragona. By the convoys of camels, Chinese silk and tea were carried to Spain all across the Eurasian continent. In the time of China's Ming Dynasty about 600 years ago, Diego de Pantoja introduced Western astronomy and calendar to China, and Juan Cobo translated a Chinese classic Beng Sim Po Cam into Spanish as Espejo rico del claro corazon. Miguel de Cervantes made repeated mentioning of China in his writings, and The Ingenious Nobleman Sir Don Quixote of La Mancha is a popular masterpiece among Chinese readers. History shows that despite the great distance, our splendid cultures have brought our people together, with mutual learning, mutual enrichment and common progress defining the exchanges between the two nations.

The People's Republic of China and the Kingdom of Spain established diplomatic relations in 1973. Over the past 45 years, withstanding changes in the international landscape, the two countries have always respected each other as equals, and have engaged in mutually beneficial cooperation and steadily promoted sound growth of bilateral ties.

-- The past 45 years has seen deepening mutual trust. Over the past 45 years, the two countries have kept the momentum of high-level exchanges and rendered each other mutual understanding and support on major issues concerning sovereignty and territorial integrity, thus laying a solid political foundation for the growth of bilateral ties. In the early years of China's reform and opening-up from the 1980s through the 1990s, the Spanish government helped China with industrial and manufacturing upgrading, something we treasure as a token of great friendship. After the outbreak of the global financial crisis and the European sovereign debt crisis, China worked together with Spain like passengers in a same boat to overcome difficulties through mutually beneficial cooperation.

-- The past 45 years has seen ever-closer cooperation. Over the past 45 years, trade and business ties between China and Spain have enjoyed steady growth and bilateral cooperation has never been broader or deeper as today. Two-way trade, which was only 100 million U.S. dollars in 1979, exceeded 30 billion U.S. dollars in 2017. Spain is now an indispensable trading partner of China in Europe, and China is Spain's largest trading partner outside the EU. The China Railway Express container trains that connect China's Yiwu with Madrid offer more options for cargo transportation between the two countries, representing an early harvest of our cooperation under the Belt and Road Initiative. In such areas as energy, telecommunications, finance, environmental protection, and scientific and technological innovation, our two countries continue to make fresh progress, providing new drivers for our practical cooperation.

-- The past 45 years has seen robust cultural exchanges. Both Chinese and Spanish are major languages in the world. Over the past 45 years, our two countries have enjoyed robust exchanges and cooperation in language and culture. King Felipe VI, as the Prince of Asturias, played an instrumental role in the launch of the Instituto Cervantes in Beijing. This year, Spanish is officially included in China's high school curriculum. Now, more and more young Spanish are learning Chinese and exploring Chinese culture with the help of the Chinese Cultural Center in Madrid and the Confucius Institutes in Spain. Contemporary Spanish sinologists like Alicia Relinque and Chinese hispanists are working tirelessly to bring to our people the beauty of each other's languages and cultures.

This year marks the 40th anniversary of China's reform and opening-up and the 40th anniversary of Spain's Constitution of 1978. In the new era, China and Spain have a new historic responsibility to join hands and work together to answer the call of our times and pursue common development. It is my hope that, through this visit, I will engage extensively with Spanish leaders and people from across the sectors to carry forward our traditional friendship and deepen mutually beneficial cooperation for an even more brilliant future of China-Spain relations.

First, let us enhance the China-Spain comprehensive strategic partnership and strengthen the political foundation for bilateral ties. China views its relations with Spain from a strategic and long-term perspective. China will work with Spain to keep up the momentum of high-level visits, increase exchanges between governments, legislatures, political parties and at sub-national levels, and continue to provide mutual understanding and support on issues of each other's core interests and major concerns. By so doing, we will bring forward our bilateral relations along the right direction.

Second, let us build greater synergy between our development visions and strategies and make proper top-level planning for the growth of our relations. China sees in Spain a good partner along the course of development, and China hopes to bring out the best the two economies could offer each other and make good use of existing cooperation mechanisms. We need to synergize the Belt and Road Initiative and Spain's "Strategic Vision for Spain in Asia" and the "Mediterranean Corridor", and actively explore cooperation in third markets for win-win cooperation in broader areas.

Third, let us deepen practical cooperation and expand shared interests. China will continue to deepen reform across the board, open wider to the world and pursue innovative, coordinated, green, open and shared development. China hopes that our two sides will remain committed to an open and inclusive approach to cooperation and further expand two-way investment and trade. Through the annual China International Import Expo, a platform will be provided for Spain and other countries to share the opportunities and potential of the Chinese market. Our two sides may fully leverage our respective strengths for closer cooperation and exchanges in advanced manufacturing, information industry and green economy. And we need to make even greater efforts to improve platforms, explore new models and nurture new growth areas for cooperation.

Fourth, we need to expand cultural and people-to-people exchanges and build stronger public support for bilateral relations. Mutual understanding between the peoples holds the key to long-term development of bilateral relations. We need to broaden exchanges and cooperation in culture, education, tourism, sports and among the youth, and increase air links to facilitate visits between our peoples. Both renowned for rich cultural heritages, China and Spain could well deepen cooperation in the protection and preservation of cultural heritages. China will also step up cooperation with Spain in the rearing and breeding of giant pandas, so that these lovely "envoys" will continue to pass on the friendship between our two countries to future generations.

Fifth, let us strengthen cooperation in international affairs and uphold peace, stability and prosperity in the world. China will enhance dialogue and communication with Spain in international and multilateral organizations such as the United Nations, the World Trade Organization and the G20. The two sides may also strengthen collaboration and coordination on major regional and international issues such as UN Security Council reform, global governance and climate change, and work together to uphold multilateralism and free trade, and jointly contribute to improving and safeguarding the international order.

This year also marks the 15th anniversary of the China-EU comprehensive strategic partnership. China is a staunch supporter of European integration, and China is happy to see a united, stable, open and prosperous Europe. Under the current circumstances, it is in the common interests of both sides to deepen the comprehensive strategic partnership between China and the EU. Spain is an important member of the EU; it is also China's good friend and good partner in the EU. We hope and believe that Spain will continue to play a positive role in the EU for the sound and steady growth of China-EU relations.

The Spanish philosopher Jose Ortega Gasset once observed, one can only make progress when he thinks big, and move forward when he looks far. China looks forward to working with Spain to share opportunities and jointly meet challenges. Together, we can write a new chapter in China-Spain relations and usher in an even brighter future for our peoples.