The upcoming G20 summit in Buenos Aires, Argentina has been endowed with special realistic significance given the deep-seated contradictions facing global development as well as the overlying risks and uncertainties encountered by today’s world economy. 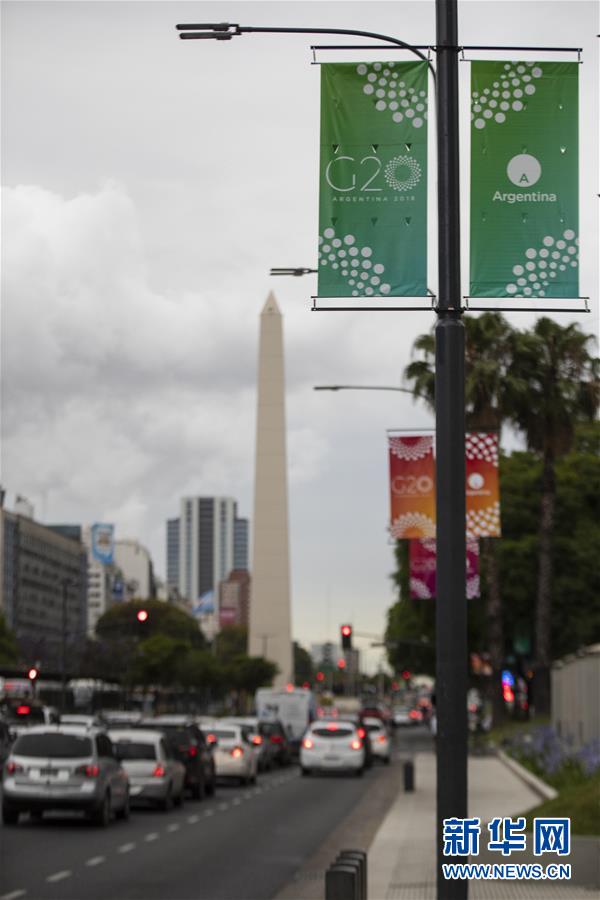 The summit, which would last from Nov. 30 to Dec. 1, comes as the rising tide of protectionism and unilateralism threatens the multilateral trading system.

The International Monetary Fund (IMF) has cut its projection for global economic growth to 3.7 percent for 2018 and 2019, warning that escalating trade tensions and the potential shift away from a multilateral, rules-based trading system are key threats to the global outlook.

It has been entrusted with a responsibility to chart a course for world economy, and pave more ways steering global economy to an open, equal-footed, and rule-based international trading system as a global leader and with strategic horizon.

He added that Xi will also, on behalf of China, send a strong signal in guarding multilateral system and economic globalization, contribute Chinese solutions to dissolving predicament of world economy, and pool important consensus in addressing global risks together, realizing inclusive and sustainable growth, and building a community of shared future for mankind.

G20 has grown into a key platform on which all parties can communicate and coordinate macro-economic policies, as global financial crisis breaking out in 2008 has prompted a rapid rise of its weight in global economic governance system.

China, as the world’s second largest economy, has made well-recognized contribution to world economy. When the globe was lashed by financial crisis, it played a role of stabilizer with its annual increment that equaled to economic size of a moderately developed country.

Even though the world economy has walked out of the haze of crisis step by step, China remains an anchor of global growth with its healthy and growing economy.

Estimates from the United Nations Conference on Trade and Development (UNCTAD) show that in the first half of 2018, China was the largest recipient of foreign direct investment (FDI) in the world, although the global FDI dropped 41 percent year on year to hit a decade low.

IMF, in its latest World Economic Outlook report released in October, kept its forecast for China’s 2018 economic growth unchanged at 6.6 percent, in a belief that Chinese economy will maintain a strong development momentum.

Since the beginning of this year, China has announced to ease its restrictions on financial investment, cut import tariffs on vehicles and auto parts, and also hosted the first China International Import Expo (CIIE), said Sylvie Matelly, deputy director of French Institute for International and Strategic Affairs.

Amidst the trade war initiated by some countries, China’s attitude to continue opening up has won it wide-ranged applause, she added.

Setting the theme of this year’s G20 Summit as “building consensus for fair and sustainable development”, Argentina has three priorities for its presidency: the future of work, infrastructure for development, and a sustainable food future.

The organizer said that the outcomes of the Hangzhou Summit in 2016 have been taken into consideration when designing the agendas of this year’s meeting, which will follow the spirit of the Hangzhou meeting in big agendas such as global economic governance, policy coordination and development.

Forty years ago, China started a historic course to pursue common development with the rest of the world by making a great decision to open the curtain of reform and opening up, while five years ago, China broke a new ground for win-win cooperation by putting forward the Belt and Road Initiative.

"China will not close its door to the world and will only become more and more open," China has pledged. An open China is now putting far-reaching influence on the world.

Dirk Messner, Director of the German Development Institute, believes that the Belt and Road Initiative highly tallies with G20 in terms of their mission.

The Belt and Road construction gives priority to infrastructure, and G20 is committed to pushing global economy for stable and sustainable growth, he explained, adding that infrastructure construction provides key backbone for economic growth.