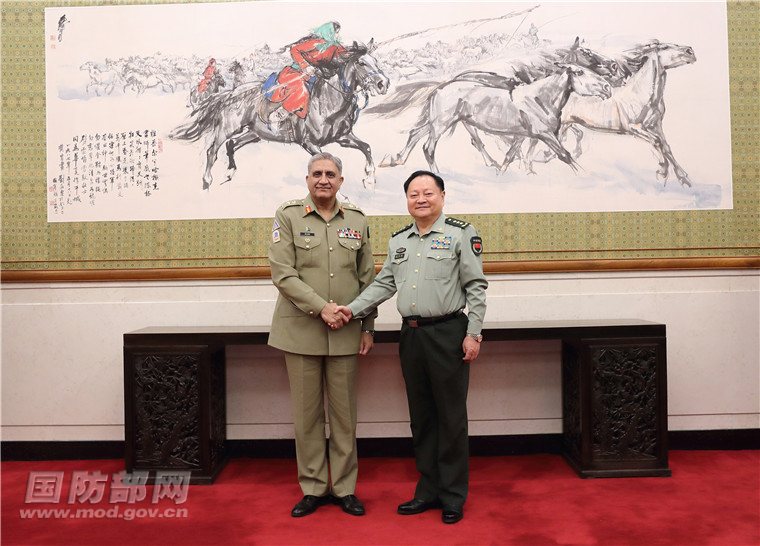 General Zhang Youxia expressed that China and Pakistan are all-weather strategic cooperative partners. President Xi Jinping pointed out that China-Pakistan relations should be a model of good-neighborly friendship, a pillar of regional peace and stability, and a benchmark for international cooperation in the Belt and Road Initiative.

China has always prioritized the China-Pakistan relations in foreign affairs and appreciated the full support of the new Pakistani government in promoting the development of the bilateral ties.

Together with the new Pakistani government, China is willing to promote their friendly relations further, make every effort to promote the construction of the China-Pakistan Economic Corridor (CPEC), and better benefit the two nations, Zhang said.

General Zhang Youxia added that the relations between Chinese and Pakistani militaries serve as an important backbone of the relations between the two countries. The two militaries should further enhance pragmatic cooperation in all areas, continuously improve the ability to cope with various security risks and challenges, and work together to safeguard the common interests of the two countries.

General Qamar Javed Bajwa said the friendship between Pakistan and China is “higher than mountains and deeper than oceans”. He thanked China for supporting Pakistan to join the Shanghai Cooperation Organization (SCO). The Pakistani side attaches great importance to the cooperation of the Quadrilateral Cooperation and Coordination Mechanism (QCCM) in Counter Terrorism by Afghanistan-China-Pakistan-Tajikistan Armed Forces and will fully support QCCM.

"The Pakistani military and its new government are consistent in their policy towards China," said Bajwa, adding that the Pakistani side is willing to continue to strengthen pragmatic cooperation with China in the areas of counter-terrorism, equipment technology, and personnel training to ensure the safe and smooth development of the CPEC. 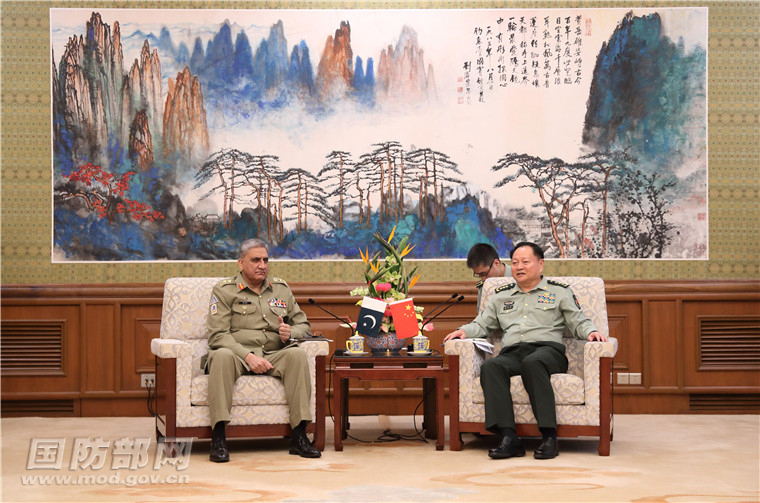