Germany’s scepticism on Belt and Road initiative misleading and misinformed 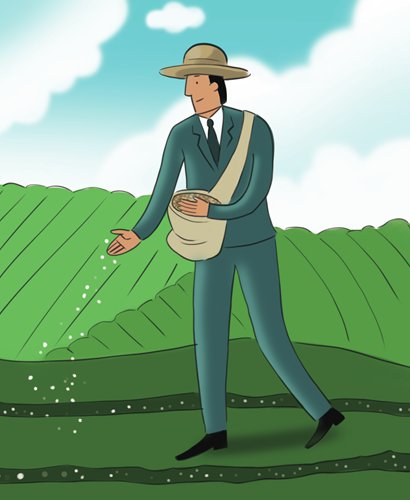 Sino-German ties constitute an important part of China's diplomacy and are also crucial to China-EU relations. The relationship covers a range of areas including politics, security, business, investment, cultural exchange and bilateral cooperation on important international issues. As major global economies and influential regional powers, ties between Beijing and Berlin bear strategic significance. The two countries strive to build a new model of relations between major powers. They have not only developed an all-round strategic partnership, but also improved the cooperation mechanism to boost inter-governmental dialogue and negotiations. Bilateral and multilateral negotiations with the involvement of Beijing and Berlin should be a key to addressing deficit in peace, development and governance. It should serve as a bridgehead for promoting China's Belt and Road (B&R) initiative. However, some senior German officials have been recently skeptical of China claiming it intends to destroy Western liberalism. First, they think the B&R initiative deals a blow to the rules-based Western system that is backed by democratic states, and goes against a free world order led by the West. This new order, they believe, will be replaced by a huge China-centric national network which is not free, guided by Beijing's strategies and covers political and socio-economic fronts. Second, some people reckon the initiative attempts to change the rules of running the global economy and generate a set of political and institutional tools. They believe China will start reorganizing the global value chain and make its presence felt in the building of international economic rules. Third, there are worries that the initiative would jeopardize EU interests, including those of Germany, and China would divide the European bloc through the B&R initiative. It's believed the B&R initiative and the CEEC-China "16+1" mechanism break EU rules and contradict the bloc's plans and programs in Central and Eastern European countries.It is understandable that the implementation of the B&R initiative is negatively judged. For the West, the initiative challenges the existing pattern of powers and interests and runs against rules-based international order. This is because China is considered a threat to the current global order due to its growing national strength and being perceived an outsider by the West. However, it is generally not realized that the Chinese approach reflects the common demands of most developing countries, bringing innovative theories and practices to international relations and injects vitality into the existing world order. The Belt and Road initiative is a positive response to the increasingly complicated global community and has gained the backing of over 100 countries and international organizations. The implementation of the B&R initiative, which aims to build a community with a shared future for mankind, requires the joint efforts of participating countries to bring about mutual benefits and win-win cooperation via connectivity. It will have a profound influence on the current global order and international relations through the use of Chinese wisdom. The B&R construction strives to expand common interests, enhance dialogue and cooperation, achieve win-win results and advance global governance in a fair, balanced and reasonable direction. The initiative is also a platform for China to offer useful methods in developing global governance and world order.