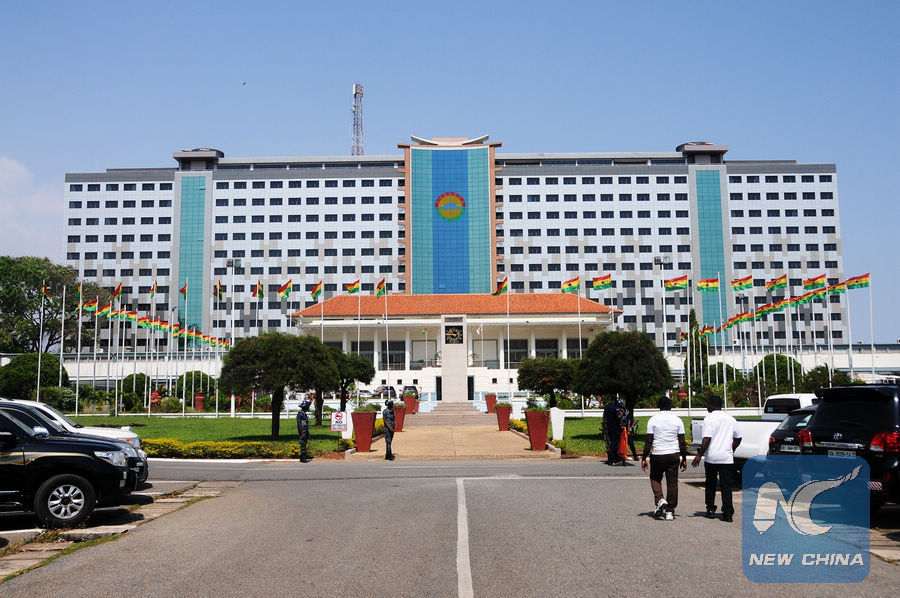 Photo taken on Nov. 6, 2015 shows a view of the refurbished parliamentary office in Accra, capital of Ghana. (Photos: Xinhua)

Grant, who made the remarks on Monday during the announcement of the 2019 China Trade Week (CTW) to be held next month, added that China's notion of developing trade lines along infrastructure was important for Ghana, which is strategic about it.

Grant said he was confident that as the government embarks on the "Ghana beyond Aid" agenda, China will become a willing partner in achieving major railway, road network, and port developments.

Speaking about the CTW, Grant pointed out that China is not only Ghana's largest trading partner but also the largest provider of Foreign Direct Investment in terms of the number of investments.

Zahoor Ahmed, International Events Director of MIE Groups, organizers of the CTW, said the fair had been creating partnerships between Chinese manufacturers and Ghanaian businessmen.