Giant panda park to be established by year's end 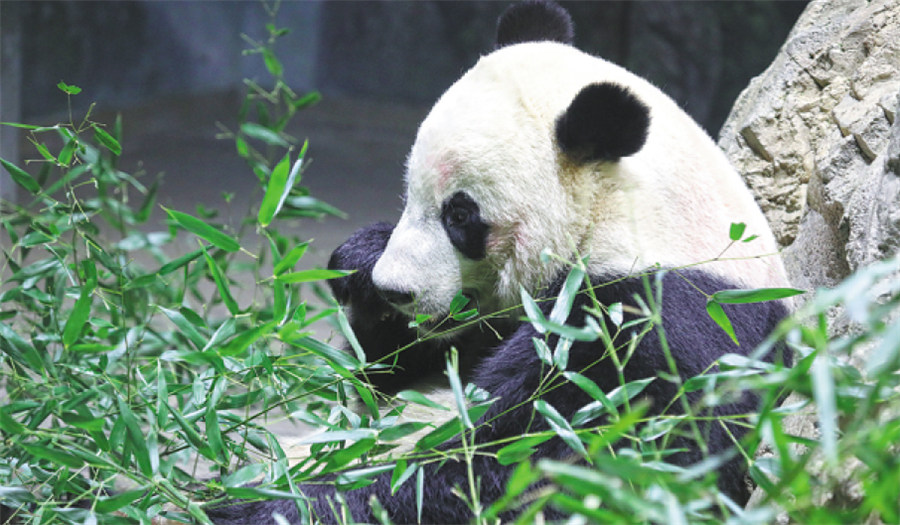 The Giant Panda National Park, one of China's first national parks to be set up chiefly for a single species, will be officially established before the end of the year, Central China Television reported over the weekend.

The park, covering 27,134 square kilometers, will span parts of Sichuan, Shaanxi and Gansu provinces. With 18,056 square kilometers in the park serving as habitat for giant pandas, it will also be among the first national parks to integrate the habitat of a single species.

Information from the park's website show the park, launched as a national pilot project in January 2017, is integrating more than 80 natural reserves in 30 counties of the three provinces.

The latest statistics show that 1,631 wild giant pandas are now living in the national park, accounting for 87.5 percent of the population of wild pandas nationwide. The park is also home to more than 8,000 types of wildlife, such as snub-nosed monkeys and scarlet ibis, making it a nationally or possibly globally significant place for the protection of an ecological environment.

To better protect the wildlife in the park, the Giant Panda National Park Administration has invested 4.7 billion yuan ($660 million) in infrastructure construction, the restoration of the ecological corridors and the protection of crucial habitats, said Xiang Kewen, director of the administration.

About 1,800 monitoring lines and 4,839 observation points have been set up, he said. In addition, there have been more than 1,300 monitoring points for human activities established at the entrances of the park, and the length of the route for working staff to patrol has reached 10,584 kilometers.

"These measures have proved to be effective as the living environment of the giant pandas continues to improve," Xiang was quoted as saying by CCTV.

Xiang added that more than 5,000 infrared cameras have been installed in the national park, and the images they have recorded have provided large amounts of firsthand materials for scientific research.

"Over the past few months, the activities of wild pandas have been frequently recorded by the cameras, which is a reflection that the ecological environment in the park is in good condition and that pandas, as one of the species in the park, are multiplying and developing," he said.

Data collected by the cameras showed that of the 2,337 cameras used for recording the activities of giant pandas, 383 have taken almost 2,600 photos and almost 2.5 hours of short-burst videos of pandas over the past half year.

In addition, there have been 873"independent detections"－the number of times infrared cameras capture the image of a specific species－in the past six months, higher than in the same period in past years.

Usually, a detection is noted when the same camera captures the image of the same animal several times within half an hour, according to Li Sheng, a researcher at the School of Life Sciences of Peking University.

The increase in independent detections is a key indicator that the population of a specific species is growing, he said.