Good ties with UK can put pressure on EU, says analyst ahead of May’s China visit 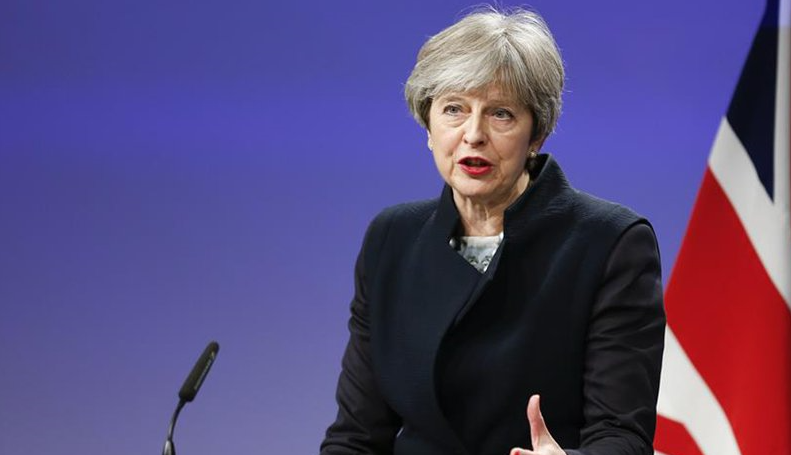 Theresa May's official visit to China which begins Wednesday indicates Beijing will become increasingly important in post-Brexit Europe, said experts, adding that China must explore new ways of enhancing the China-UK-EU relationship.The British Prime Minister will pay an official visit to China from Wednesday to Friday at the invitation of Chinese Premier Li Keqiang. During the visit, May will co-host a bilateral annual prime ministerial meeting with her Chinese counterpart."For the UK in the post-Brexit era the importance of China has increased significantly. In fact, Brexit has helped boost China-UK relations," Cui Hongjian, director of the Department of European Studies at the China Institute of International Studies, told the Global Times on Tuesday.During her trip, May will be accompanied by a large delegation consisting of British elites in business and education. According to the Independent, executives from 50 firms and university representatives will take part in the Prime Minister's three-day tour of China.Foreign ministry spokeswoman Hua Chunying said that China and Britain have agreed to build a global comprehensive strategic partnership for the 21st century and usher in a "golden era" for bilateral ties. The term "golden era" was also used by May's predecessor David Cameron."We hope this visit will deepen political mutual trust, expand mutually beneficial cooperation across the board, and further advance the China-UK global comprehensive strategic partnership for the 21st century, Hua told reporters.Cui told the Global Times that although the UK's influence and national capability has been damaged by Brexit, it doesn't necessarily mean the value of China-UK cooperation is declining. "The UK's decision-making power will improve after it leaves the EU, so it can make decisions on ties with China more flexibly and independently, and this could be an opportunity for China to boost cooperation with the UK and influence the EU at the same time," he said."We are facing difficulties dealing with the EU, but the UK is more positive and active. The UK will still be a major economy in Europe, so any progress we achieve with the UK will surely put pressure on the EU. China needs to pay attention to the Brexit negotiations between London and Brussels, and see how we can better use the change to serve China's interest," Cui notedMay will meet with Chinese leaders and exchange opinions on bilateral ties and international and regional issues. She will also travel to Shanghai and Wuhan, capital of Hubei Province, according to Hua.New 'golden era'Although May's visit follows French President Emmanuel Macron's breakthrough visit to China, the UK is likely to keeps its title as "China's best partner in the West," said Song Luzheng, a France-based scholar and research fellow of Fudan University's China Institute. Former prime minister Cameron claimed the title when the UK became the first Western country to join the Asian Infrastructure Investment Bank and show firm support to China's Belt and Road initiative."The UK has irreplaceable influence in areas such as politics, law, education and language among many Belt and Road countries, and as an international financial center the UK is qualified to become one of the best partners for China in the next round of globalization," said Wang Yiwei, director of the Institute of International Affairs at the Renmin University of China.Reuters reported that Britain's last governor in Hong Kong, Chris Patten, had written to May on Monday, urging her to raise concerns over the "increasing threats to the basic freedoms, human rights and autonomy" in the special administrative region.This kind of noises will always exist, but as long as UK politicians place their national interest in the primary position, these noises would not impact ties, Song said. "With China's stable development, people like Patten will be less and less popular."