The Guangxi Zhuang autonomous region will further integrate into the Belt and Road Initiative by prioritizing the construction of the New International Land-Sea Trade Corridor to shape the region as a gateway to the Association of Southeast Asian Nations, according to the region's top Party official. 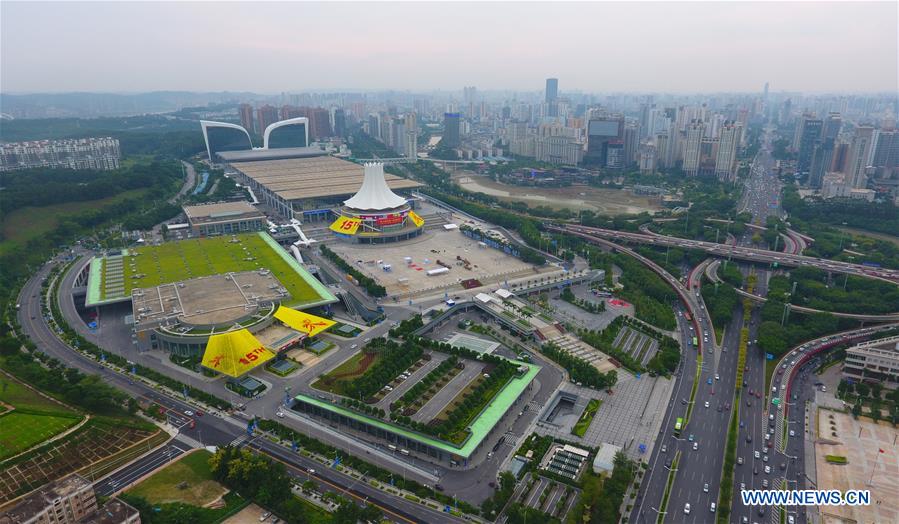 "With the support of the national government, Guangxi is accelerating its infrastructure construction and facilitating multimodal transportation and customs clearance issues to make the new trade corridor highly efficient and helpful in connecting China and ASEAN countries," said Lu Xinshe, Guangxi Party secretary, in an exclusive interview.

Those ports have opened freight train lines to Chongqing and the four provinces of Guizhou, Sichuan, Yunnan and Gansu, Lu said. Cargo ship lines from Beibu Gulf ports to Singapore and Hong Kong have regularized their operations.

To further deepen the reform and opening-up, Guangxi is expected to further integrate into the Guangdong-Hong Kong-Macao Greater Bay Area, which will feed the region's economy with investments and advanced technology, Lu said.

Guangxi, established in 1958, will celebrate its 60th anniversary this week.

"With the efforts of the government and people of all ethnic groups, historic and tremendous changes have taken place in Guangxi," he said.

Rural people's livelihoods have greatly improved. The number of locals living under the poverty line - about 3,500 yuan per person annually - had been reduced to 2.67 million by last year from 21 million in 1978. By year's end, it is expected to further decline to 1.52 million.

With land and sea links, Guangxi has boosted its ASEAN trade and exchanges through venues and events including the China-ASEAN Information Harbor, China-Malaysia industrial park and the China-ASEAN Expo.

The expo, held consecutively for 15 years, has attracted in all 746,000 traders from home and abroad.

Nanning, its host, has become a critical channel for promoting cooperation and exchange between China and ASEAN countries.

"We are now upgrading the expo with regard to specialization, internalization and informationization to better build the China-ASEAN community of a shared future as well as the China-ASEAN Free Trade Area," Lu said.

Guangxi pioneered the "single-window system" in international trade, in which cross-border traders need to submit regulatory documents only at one location.