ISLAMABAD, July 2 (Xinhua) -- Pakistani Prime Minister Imran Khan said that the country's southwest Gwadar port, restored, developed and fully-functioned under the China Pakistan Economic Corridor (CPEC), has given a strategic position to Pakistan in the region, enabling it to attract investors from across the world, local media reported Tuesday. 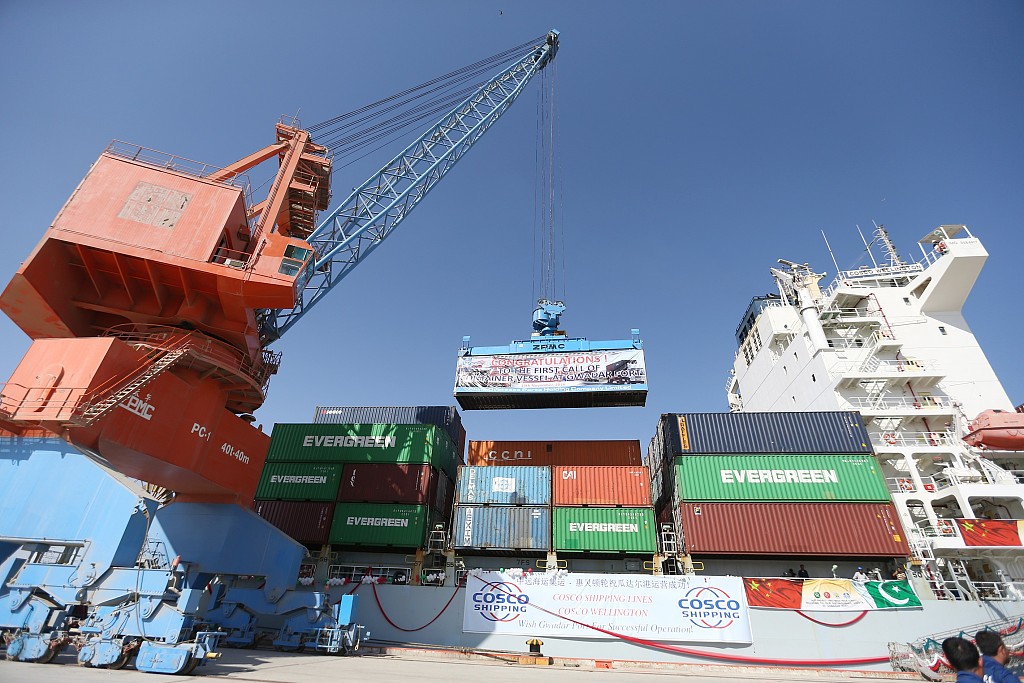 A ship carrying containers are seen during the opening of a trade project in Gwadar port, west of Karachi on November 13, 2016. (Photo: VCG)

Talking to local Urdu TV channel ARY News, Khan said that it is the first time in Pakistan's history that a big number of investors are showing interest in seeking business opportunities in Pakistan because they know that they will be able to make money from the Gwadar port which has improved connectivity and shrunk distances.

Khan said his country is facing several economic challenges and he believed that industrialization is the only answer to all economic woes of Pakistan because it will help the country generate capital through exports, create employment and lift people out of poverty.

"We are following China to strengthen our industrial base, by seeking their guidance and help in several sectors," said Khan, adding that his government is facilitating local and foreign investors through a board of investment working in the prime minister's office under his direct supervision.

The prime minister said that due to the lack of industries, Pakistan's economy mainly depends on agriculture, but production in this sector is far less than that of technologically advanced countries as most of the Pakistani farmers use old techniques to raise their crops and animals.

Khan revealed that his government is going to announce an agriculture policy soon to benefit farmers, under which the government will acquire modern technology from China to develop the sector.

"China's (per acre) production in the agriculture sector is three-times higher than that of Pakistan, we want to adopt their technology and for this, we have signed a Memorandum of Understanding with China," said the prime minister.

Khan said that his government has set a revenue target of 5,500 billion Pakistani rupees (34.6 billion U.S. dollars) for the current fiscal year, which would help the government improve the balance of payments, decrease budget deficit and provide funds for development projects.