Gwadar Port is ‘taking the bright ship of development’ 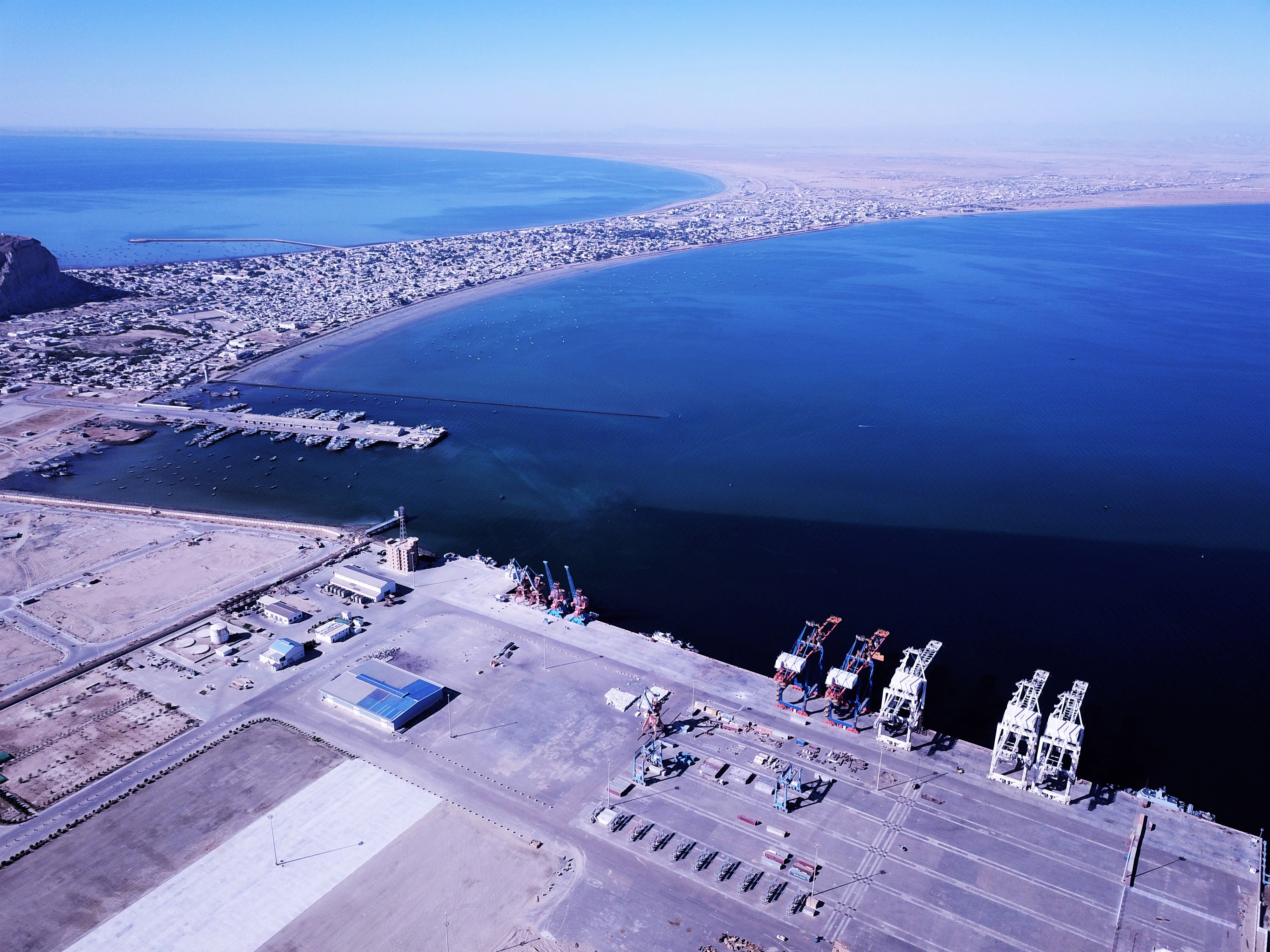 An aerial view of the Gwadar region. (Photo: COPHC)

Islamabad (People's Daily) - Since the launch of the China-Pakistan Economic Corridor (CPEC), the Gwadar Port has changed from a small fishing village into a modern deep-water port of major significance.

“The Belt and Road Initiative has revitalized Gwadar Port, which will one day become Pakistan’s Shenzhen in the future.” Zamir Ahmed Awan, deputy director of Chinese Studies Center at National University of Sciences and Technology, said.

Located in southwestern Pakistan, Gwadar Port faces the Indian Ocean and is roughly 400 kilometers away from the Strait of Hormuz, one of the world's most important waterways. However, for a long time, the Gwadar region was under-developed.

In 2002, the Pakistani government built the Gwadar Port. After its completion in 2007, the economic and social benefits were not realized as expected due to an unstable regional security situation and a lack of supporting infrastructure.

Everything started to change five years ago when the CPEC, the important pilot program of the Belt and Road Initiative, was launched. In February 2013, the operation contract of Gwadar Port was handed over to China Overseas Ports Holding Company (COPHC).

“When I first came to Gwadar, it was almost a wasteland,” Hu Yaozong, deputy general manager of the Gwadar Free Zone Company, said. “Looking down from the sky, you found that besides the blue ocean, there was nothing but endless deserts. When the plane landed, it felt as if you were landing on Mars.”

During his visit to Pakistan in April 2015, Chinese President Xi Jinping proposed to form a '1+4' cooperation structure with the CPEC at the center with the Gwadar Port, transport infrastructure, energy, and industrial cooperation being the four key areas to achieve a win-win result and common development. Gwadar Port has since entered a new phase of faster development.

“The most visible changes are in the port facilities,” Munir Ahmad Jan, director general of the Gwadar Port Authority said. “Two outdated and obsolete STS gantry cranes have been dismantled and replaced with five new modern ones.” 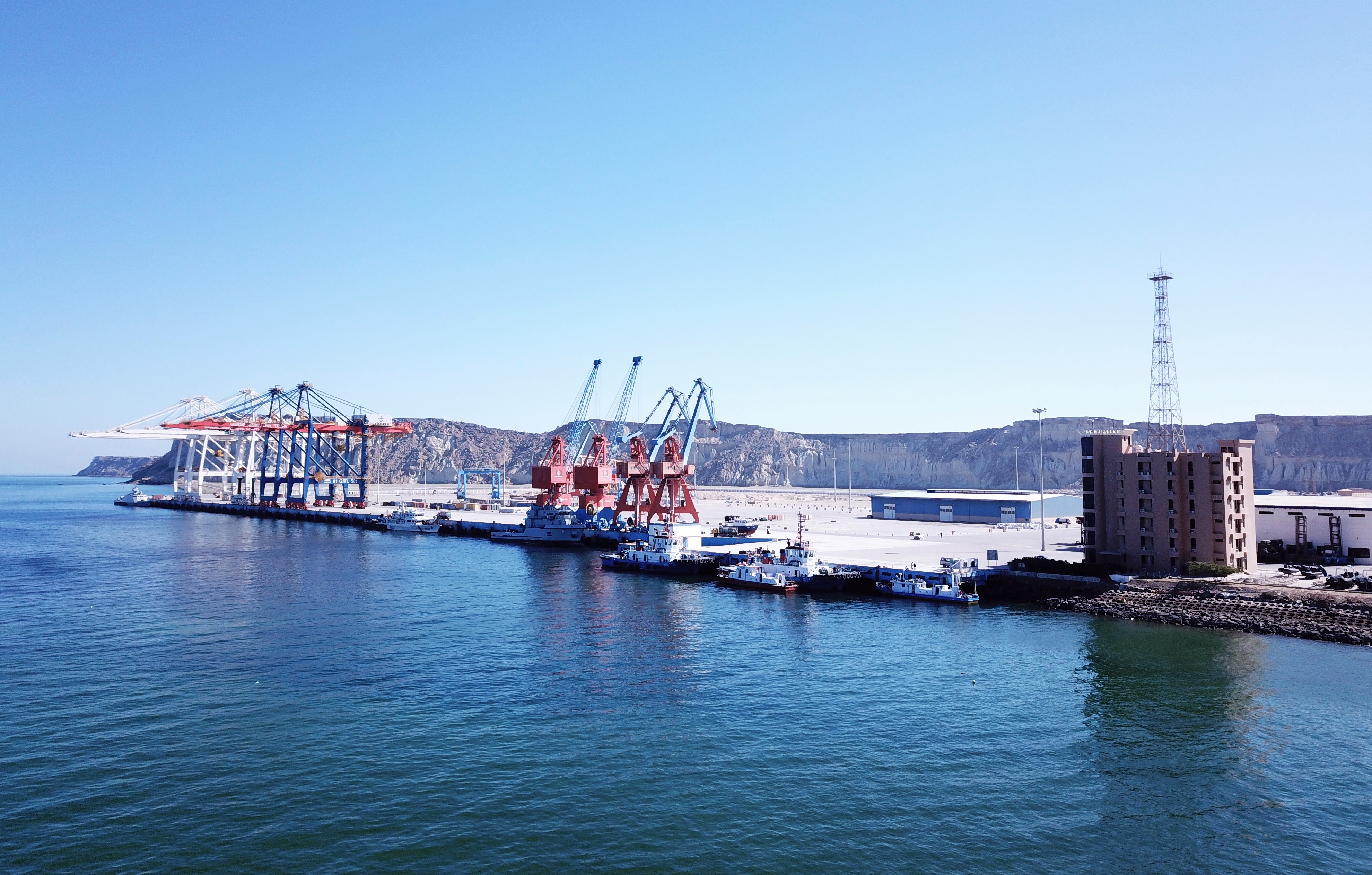 Jan said the Gwadar Free Zoe includes a state-of-the-art business center for hosting investors, businesses, and government agencies – which has become an icon that reflects the beauty of Gwadar.

In January, the first phase of Gwadar Port's Free Zone was inaugurated by then Pakistani Prime Minister Shahid Abbasi, who commented that the area will help facilitate regional and global trade under the CPEC.

It transformed the “dream of CPEC into a reality” by making the Gwadar Economic Free Zone operational, Abbasi said, adding that the free zone links Pakistan with central Asia to achieve the potential of the port city.

According to Zhang Baozhong, chairman of COPHC, over 20 companies in different businesses such as banking, insurance, logistics, and fish processing have entered the free zone with direct investment of about $474.3 million and are expected to output annual value of $790.5 million after full operation.

Zhang said that with the construction of the free zone, the port city of Gwadar will become a big commercial hub in the region and that the development of Gwadar will help to improve Pakistan's overall economy and the lives of its citizens.

Two institutions that are drawing a great deal of positive feedback are the area’s new hospital and school.

Donated by the Red-Cross Society of China, the hospital is the first of its kind along the CPEC and offers emergency medical treatment to local residents. As of the end of May, the hospital has received more than 1,200 patients.

Faqeer Primary School, also known as China-Pak Friendship School Gwadar, was launched by the China Foundation for Peace and Development with a $400,000 donation in September 2016. Nearly 500 students study at the primary school that was originally designed only to have 150 students and is noted for having better facilities and learning conditions with other schools in Gwadar.

Hassan Daud, CPEC Project Director of the Planning, Development and Reform Ministry, said the completion of these projects improve people’s livelihoods and locals are enjoying social benefits from CPEC projects.

“When the energy project is completed in two or three years, a lot of electricity will be available, which will support the development of Gwadar,” Daud said. “All in all, Gwadar is well-placed, well-developed, and is taking the bright ship of development.”

In March, the first cargo ship carrying containers of seafood arrives in the Gwadar Port and now international cargo ships leave its port on a weekly basis.

“Already, the Port has started receiving regular container ships and the maritime trade will gradually witness a boost with the construction of the main Free Zone,” Jan said. “The Belt and Road Initiative has been warmly welcomed by the government and people of Pakistan. The initiative and the CPEC projects will go hand in hand, opening new circles of opportunities for the people of Pakistan through Gwadar Port.”