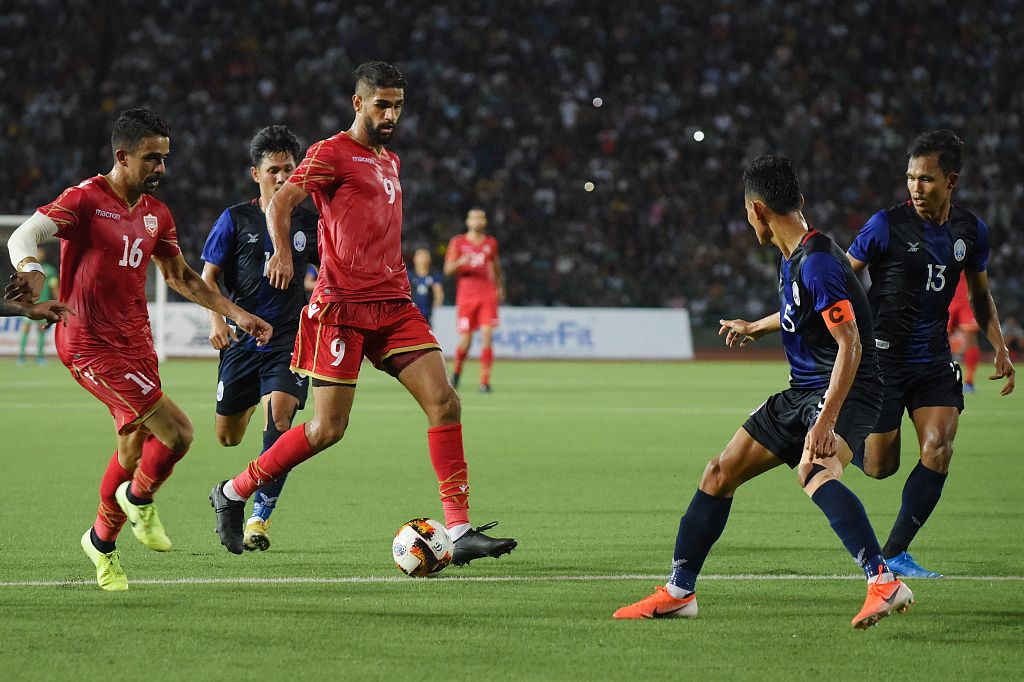 Broadcast live on BTV news channel, the game attracted a huge crowd of about 55,000 home fans of mostly youths.

In the first half of the game, neither side earned a goal, and entering the second half, midfielder Komail Hasan Alaswad brought the victory to his Bahrain squad when he scored a goal in the 78th minute.

Cambodia is in the Group C of the 2022 FIFA World Cup Qualifiers second round where they are joined by China's Hong Kong, Bahrain, Iran, and Iraq.

They started their campaign with a 1-1 draw against China's Hong Kong at the Olympic Stadium in Phnom Penh last Thursday, while Bahrain was held to a 1-1 draw by Iraq in their opening match at the Bahrain National Stadium.

Some 40 teams from Asia were drawn in July into eight groups of five teams each for the second round of the qualifiers which will run until June 9, 2020.

The eight group winners and four best runners-up will advance to the third and final round of the 2022 World Cup Qualifiers which is due to begin on September 2020.