By Robert A. Manning | Global Times

Could US-China cooperation help bring Afghanistan closer to peace and expedite an end game to the 17 year-old US-led conflict? The Taliban has rejected calls for a cease-fire, as its attacks in Kabul and other places increase. Efforts by Beijing and even the US, to finally meet one-on-one with the Taliban, now followed by Russian calls (rejected by the US and Kabul) for talks in September, suggest we may be approaching a tipping point. 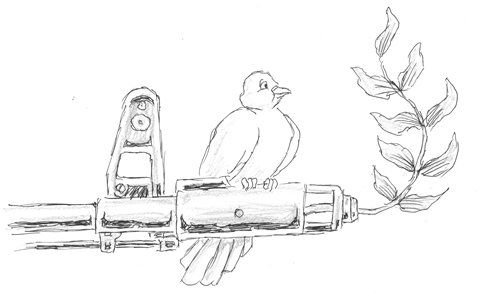 Despite Trump's new "strategy" announced last year, the situation on the ground has only worsened. According to the Pentagon's Inspector General, the portion of Afghanistan under government control fell to 56 percent over the past year. While the Taliban only control about 14 percent of the country, they are contesting control in roughly one-third or more of it. Moreover, the Taliban is buoyed by tens of millions of dollars in drug money to fuel their insurgency.

The stated goal of US military action is to create a stalemate and force the Taliban to the negotiating table. But in a counter-insurgency, a stalemate favors the insurgents, who calculate, as the Vietnamese did, that the foreigners will eventually leave. The US should recall its Vietnam experience, where American political exhaustion led to a cutoff of US funds for the war, and Saigon fell.

In the Afghan case, the US lacks the two fundamental conditions for success in counter-insurgency. First, the need for a reliable rear base of operations (Pakistan). US goals are a stable Afghanistan free from terrorism and a stable Pakistan whose nuclear weapons are secure. But Pakistani cooperation with the US has been limited and contradictory, as it defines its strategic interests differently from Washington.

For Islamabad, Afghanistan is about strategic depth in its rivalry with India, and it has quietly tolerated if not worked with the Taliban and other jihadi groups training inside Pakistan to further that objective.

The second crucial condition is a credible local governing partner as an alternative to the insurgents. But Kabul has been a nest of feuding, corrupt warlords, and lacking in credibility among many Afghans.

Is there a "least bad" way to end the war that the US and the Taliban can accept? There may be an exit strategy based on cooperation with China. Beijing shares the US goals of a stable Pakistan and seeking to eliminate jihadist terror.

One scenario would be to quickly start a dialogue, initially with China, on the ways and means of a US phase-down in Afghanistan and reach an understanding on support for Beijing organizing a frontline states contact group (China, Russia, India, Pakistan and Iran) +1 (US), operating under a UN Security Council mandate.

Then, under UN auspices, have the contact group sponsor a peace conference in Geneva. The primary focus would be a political transition and terms and conditions for a Taliban accession to a primary role of state power in a national unity government - on condition of free elections within 12-18 months.

To be credible, the essential requirements for a settlement would need to include three core commitments: No safe havens for the Islamic State (IS) or other jihadist groups under a Taliban-led unity government; the enfranchisement of major non-Pashtun ethnic groups (Tajik, Hazara, Uzbek, Turkmen) in a de facto federal system giving autonomy in districts where particular ethnic groups remain dominant; protecting women's right to education and social participation.

Why would the Taliban accept such a bargain? History suggests that the shift from insurgent to government may change the Taliban's attitude and behavior. To create incentives, a multi-billion National Reconstruction Fund, perhaps managed by the Asian Development Bank and Beijing's Asian Infrastructure investment bank might be created. Projects would be carefully vetted and conditioned on Taliban abiding by the terms of the accord. This could be part of the Belt and Road initiative as well.

Could a Taliban-led regime be dissuaded from allowing competing jihadist groups, particularly IS, claiming to embody the Caliphate? With the Taliban in a government arrangement in Kabul, Pakistan might also be a more cooperative stakeholder of the contact group. Chinese influence could reinforce the tilt. The economic incentives combined with the political one of becoming not only a legitimate political party, but the dominant one, could be a powerful force for altering the Taliban's behavior.

Why might this work? China, with a long-standing and deepening partnership with Pakistan, has far more leverage with Islamabad than the US. China's counter-terrorism policies also overlap with third country interests, including the US. Thus, Sino-US counter-terrorism cooperation in both Afghanistan and the region could expand and build cooperation in the now precarious US-China relationship.

It's time to conceive and initiate a doable exit strategy as the least painful way to turn the page in Afghanistan and create a path to its integration in Central Asia.

The author is a senior fellow of the Brent Scowcroft Center for International Security at the Atlantic Council and its Foresight, Strategy and Risks Initiative.