BRI NEWS How China is helping Argentina transform its railways

How China is helping Argentina transform its railways 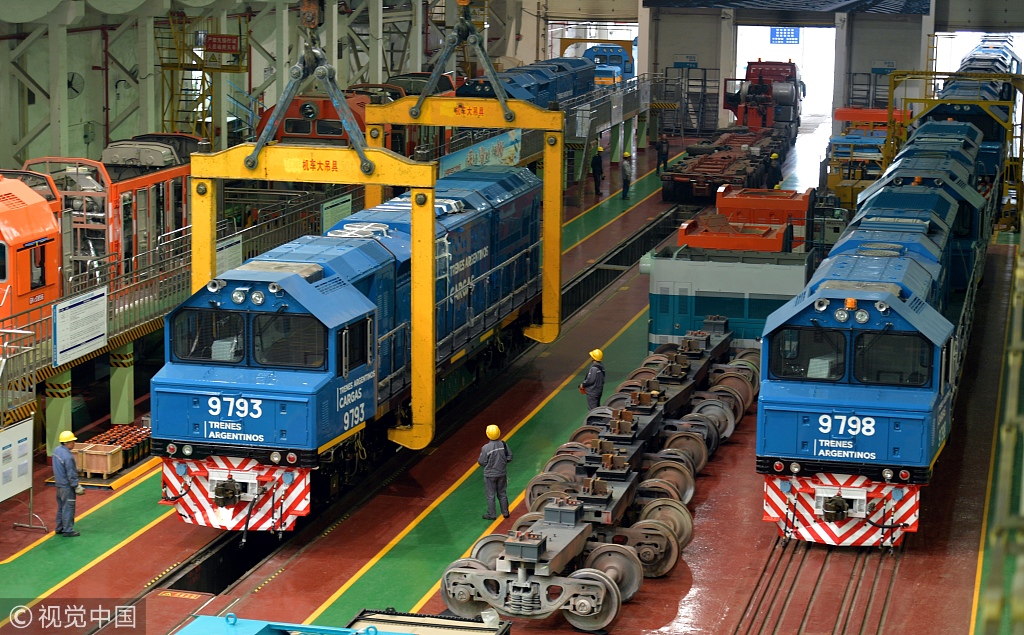 Workers check cargo trains to be exported to Argentina at a plant in Ziyang, Southwest China's Sichuan Province in December 2017. (File photos: VCG)

Belgrano is one of three strategic state-run rail lines in Argentina, connecting the country's northern agricultural heartland with leading distribution or export hubs.

Argentine officials have underscored the role of the Chinese government and private companies in renovating the key line, which was neglected for five decades.

"Two years since the project began, we are in full swing, and China's support, through its companies and credit lines, as part of the agreement between the two countries, has been one of the principal drivers of this whole transformation process," said Guillermo Fiad, the president of Argentinian Train Infrastructure.

Fiad said that China, as the leading investor in the project to renovate 1,700 km of the Belgrano Cargas cargo railway, has contributed at least 70 percent of the project's total cost, which is more than $2 billion, including new rolling stock, specifically locomotives, or railway engines.

In tune with China-proposed Belt and Road Initiative, binational effort has seen 550 km of rail renovated and upgraded, or about a third of the project completed since it was launched in 2016; renovations are expected to be finished in 2019. 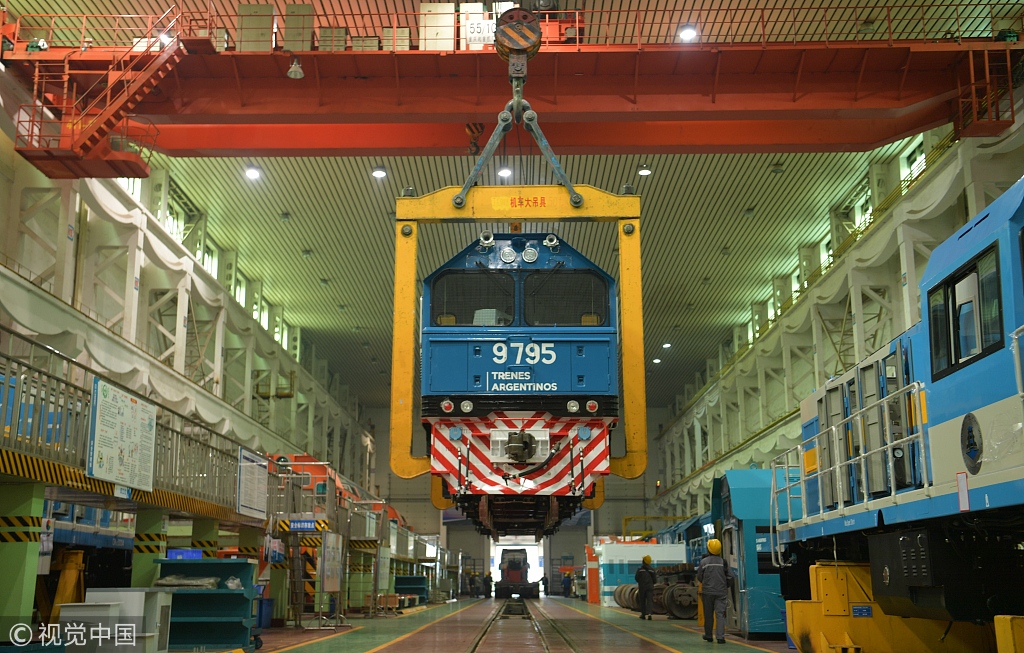 Once the line is fully revamped, Argentina can lower shipping costs and guarantee its regional economies a greater competitive edge in world markets, Fiad added.

"Thanks to the results of the project, it used to take two weeks to transport cargo from the north to ports in Rosario by train. Today it takes half the time, and when the work is completed, it will take three days or less," said Fiad.

"In the nearly three years of working with China, by virtue of this project, ties have played a key role in generating trust between the two countries, discovering complementarity in several areas and providing a significant platform for doing new business," said Leonardo Millan, an engineer project manager for the Belgrano Cargas.

The Belgrano Cargas line moved a record 180,722 tons of cargo in July, which is the largest amount registered in 20 years, according to the data from the Transport Ministry.

Compared to July 2015, the line has increased its capacity by 139 percent. 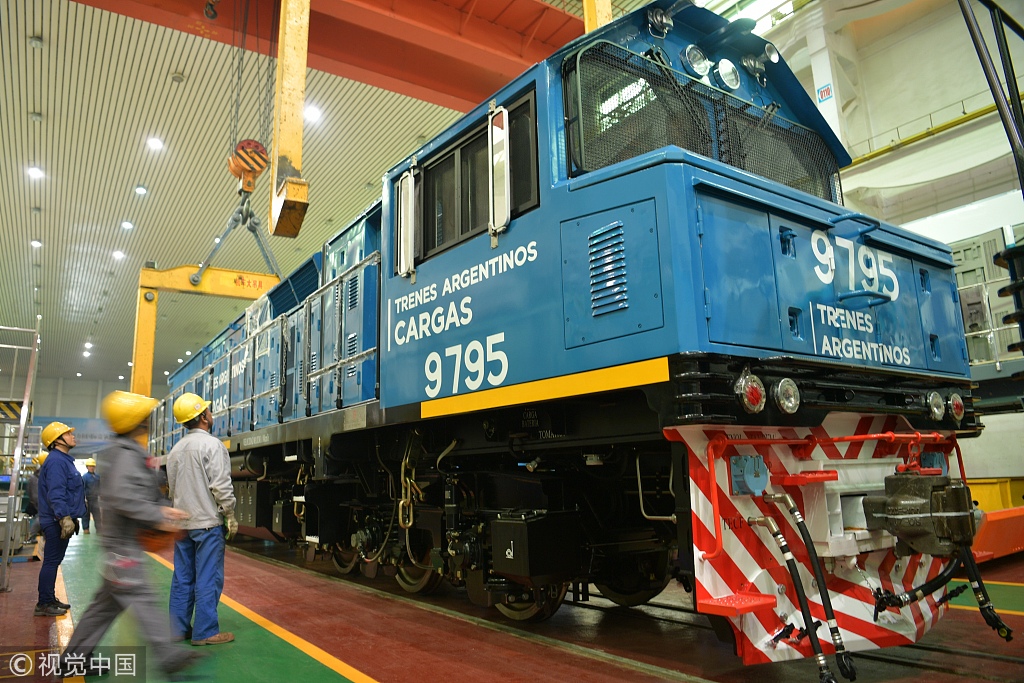 "We are sizing up railroad crossings so 100-car trains can circulate. Up until very recently, 60-car trains ran on the rails," Millan said.

"For the railway industry it has been a great push forward ... Ties with China have been very important, initially for the financing and later for the supply of railway equipment with the latest technology, materials and know-how," said Millan.

In addition, Fiad added Argentina's Treasury and organizations such as the Development Bank of Latin America have also provided financing, and the project has drawn companies eager to participate in Argentina's railway industry.