BRI NEWS How do the animals in Hainan Tropical Wildlife Park prevent heatstroke?

How do the animals in Hainan Tropical Wildlife Park prevent heatstroke? 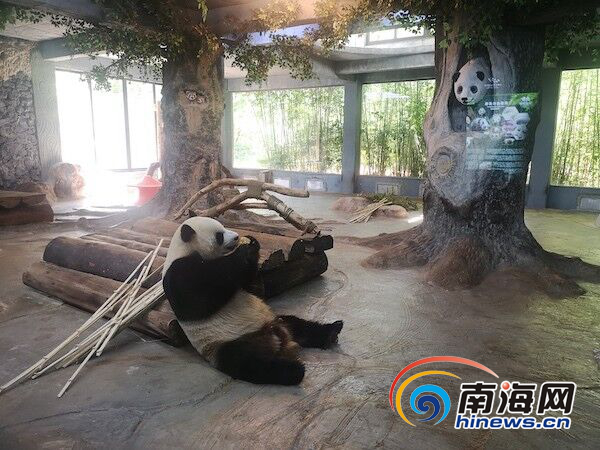 A panda comfortably lies in the room with air conditioners and enjoyes the "ice cake" and bamboo.

According to the staff, the cages of the giant pandas and the building materials of the entire exhibition area are made of Hainan’s volcanic rocks, which make the cages keep warm in winter and cool in summer. The rooms of "Gonggong" and "Shunshun" each have 4 air conditioners, and the temperature is maintained at 20 degrees Celsius all year round. When the outdoor temperature is lower than 26 degrees Celsius, "Gonggong" and "Shunshun" will also come out for activities.

The Asian elephant "Zhuang Bu" likes eating watermelons and taking a cool shower. "We usually give a few buckets of water to the elephant every 30 minutes, or use a thick hose to spray water on its forehead to help cool down," the staff introduced. 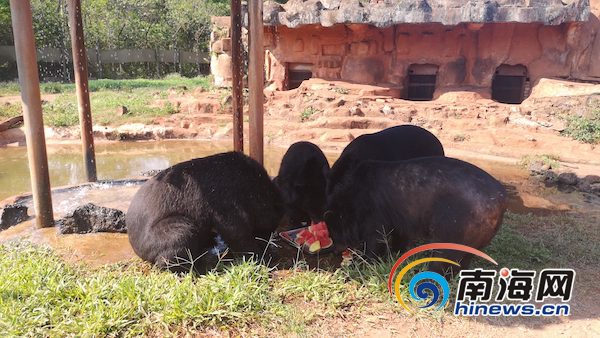 For the Siberian tigers, bears, and lions in the beast area, in addition to providing cold underground water for drinking, the park is equipped with the "Natural Rain Shed" that will automatically turn on the shower switch when the air temperature turns higher, so that the animals can take a shower to cool down.

For the herbivores such as flamingos and Eld's deer, the staff added canopies for them, together with trees, bushes and other plants to help shade from the sun. "With certain self-regulating abilities, wild animals such as pythons will find cool places by themselves, curling up in the cool grass when the weather is hot," said the staff.