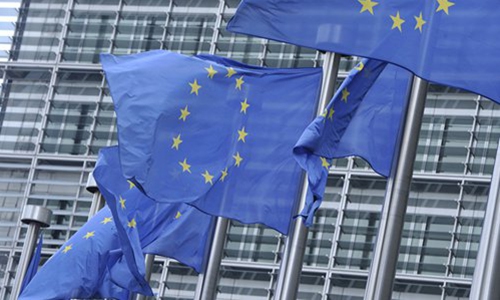 It is the beginning of a new decade but in Europe many appear to be longing for a return to the more economically, politically and socially predictable epochs of the past. In many ways, the shocking pace of change in the continent has resulted in paralysis among policymakers. This will only serve to prolong periods of indecision which serve neither the major European economies nor their international partners.
Germany, Europe's largest economy, has just narrowly avoided a technical recession while other major European economies find themselves in similar territory. For the European Union, trade remains the best overarching solution to the economic slowdown that the continent is experiencing. Although EU officials typically speak about the need to expand trade, the EU often behaves as an economic fortress to the wider world. This has a particularly negative effect on both businesses and consumers throughout Europe.
Many have already named this century "the Asian century." Multiple Asian economies continue to grow at a rapid pace that most EU officials would never aspire to in respect of their domestic markets. And yet, the general trend of increased productivity and prosperity in Asia necessarily presents highly important economic opportunities for Europeans.
China in particular is already the world's largest market when measured by GDP in terms of purchasing power parity. Most experts further believe that in terms of overall GDP, China will eclipse the US by mid-century to become the world's largest economy. When one realizes that at this moment in history, the year 2050 is closer in time than the year 1990, one would be wise to focus one's economic attention to China as well as other dynamic Asian economies.
For European producers, China's vast and dynamic consumer base represents an untapped opportunity for material growth which itself is the foundation of long-term sustainable prosperity. For European consumers, the freer flow of Chinese goods into the EU would help consumers save money and also benefit from more variety throughout both retail and wholesale sectors.
Finally, as many in the EU look to modernize and deregulate financial services that are often less open and globally minded than those in places like New York, Singapore, Hong Kong and Shanghai, China's rapidly expanding financial services sector could become an important partner for those in Europe looking to expand, diversify and improve their operations. Shanghai in particular represents the world's most rapidly growing international financial center and as such, connectivity between the financial services sector of Europe and Shanghai would be mutually advantageous.
It is impossible to talk about Europe without talking about Britain's exit from the EU - an exit which looks set to formally begin on the 31st of January. For Britain, trade will be the key to success after withdrawal from the EU. As a country set to make its own independent trade policy in less than a year's time, Britain can ostensibly be in a strong position to strike trade deals with multiple partners in a manner that is more comprehensive and at a speed that can be achieved more rapidly than the deals struck between Brussels and its non-European partners.
British Prime Minister Boris Johnson is a champion of free trade and so long as his words are put into action, there will surely be many new opportunities for UK businesses and consumers around the world. Again, China will be a key factor in this. Bespoke British products, particularly in high-end consumer electronics, tech innovation, culture and unique agricultural items, are just some of the areas where British businesses could benefit from easier and less regulated access to China's market. Simultaneously, Chinese products, which are often less expensive and more diverse in terms of their offerings when contrasted with those made in the EU, can help provide financial relief and other benefits for British consumers.
In terms of the EU's relations with the US, many are prematurely predicting a broad schism between Brussels and Washington. That being said, there are clear areas of disagreement that will not go away anytime in the immediate future.
US President Donald Trump continues to threaten the EU with further tariffs. The tariff issue is particularly pressing as Trump seeks to retaliate against the EU's drive to increase taxation on American companies operating in Europe. Likewise, Trump is also keen to see more European members of NATO contribute to the budget of the military alliance.
Finally, most European countries take a different position on Iran than does Trump. While Trump has increased long present tensions with Iran, most in Europe favor a broad de-escalation strategy. For the time being, both the US and Europe appear to be operating mutually exclusive policies on Iran and unless some compromise is reached, this trend will likely continue through much of 2020.
While Britain in particular seeks to open up a new era of trade with countries including India, South Korea, Australia and South Africa, many in continental Europe are more preoccupied with finding solutions to relations with Russia - relations that have continued to deteriorate since 2014.
A recent meeting in the Normandy format saw what appeared to be something of a mutual understanding between the political leadership of Russia, France, Germany and Ukraine. If some settlement to the ongoing crisis involving Ukraine can be reached, there is a chance that relations between the EU and Russia could improve, although it is unlikely that things will return to their pre-2014 levels before 2021 or even 2022.
For Europe, the theme of 2020 is going to be trade. What remains mysterious is whether Europe will allow a lack of trade to harm its economic interests or whether an embrace of a dynamic rules-based system of global free trade will help elevate Europe from the brink of recession.