BRI NEWS How the SCO promotes a better world

How the SCO promotes a better world

When the Shanghai Cooperation Organization (SCO) was set up in 2001, tensions surrounding Afghanistan were rising, the American war against Afghanistan was about to start, and the specter of terrorism, extremism and separatism was haunting Central Asia and other parts of the world. 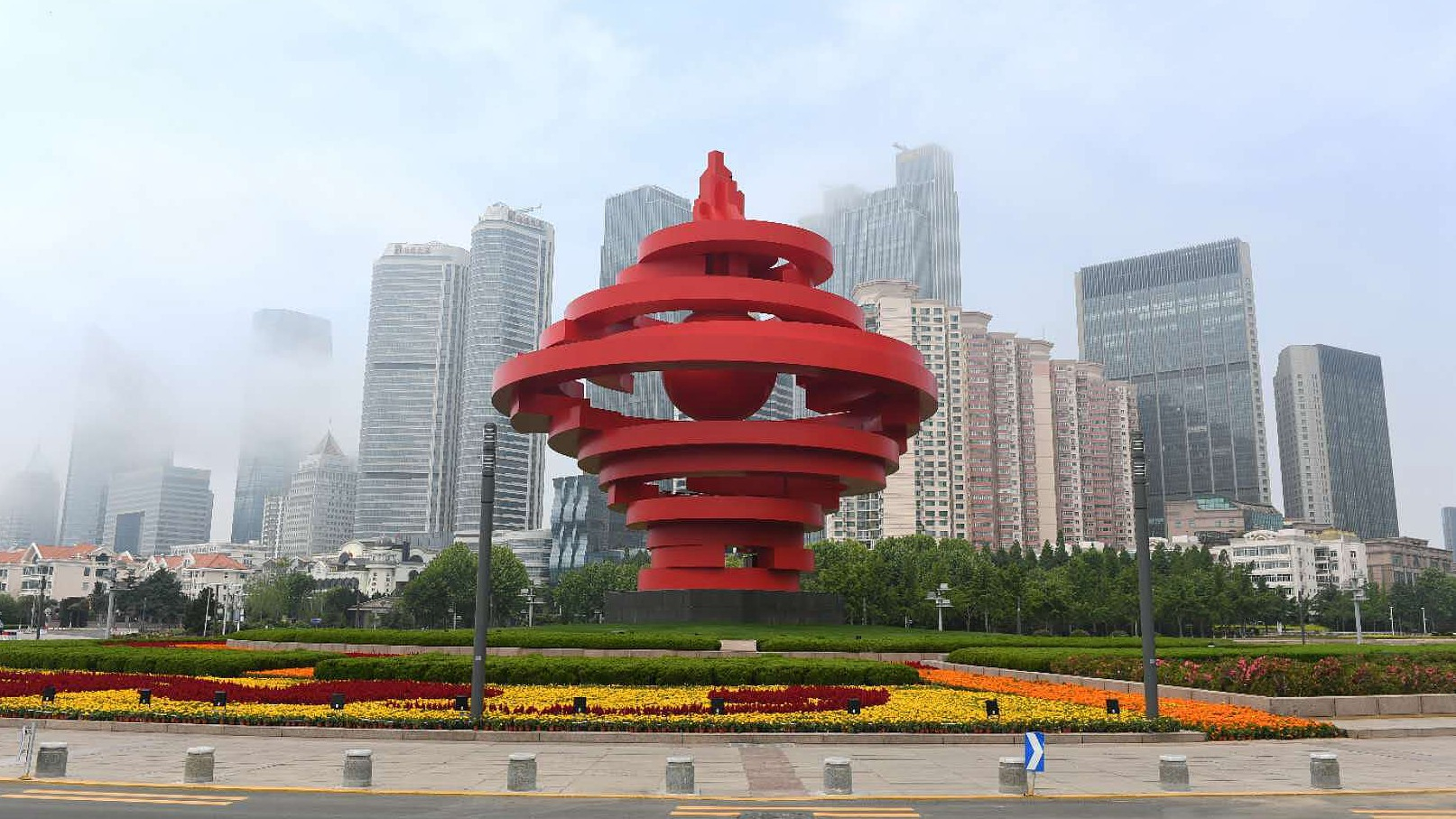 SCO’s mission was to enhance regional cooperation among its founding members (China, Kazakhstan, Kyrgyzstan, Russia, Tajikistan, and Uzbekistan) in the spirit of mutual trust, mutual benefit, consultation and mutual respect. It was also intended to promote effective cooperation in many areas, including political, cultural and energy sectors, among others.

Iranian President Hassan Rouhani walks to his car after getting off the plane at Qingdao Liuting International Airport in Qingdao, June 8, 2018. (Photos: VCG)

In the following 17 years, the SCO has emerged as a viable and thriving regional inter-governmental organization, playing an important role in Central Asia in maintaining peace and stability, enhancing mutual trust and confidence, and avoiding the use of force in dealing with any issue among member countries. SCO’s role in promoting regional cooperation and coordination in fighting against the three evil forces of terrorism, extremism and separatism has won widespread recognition.

The fact that both India and Pakistan were recruited as formal members of the SCO in 2017, not only significantly expanded the scope of the SCO in terms of population and territories of the member states involved, but it's also given hope to the idea that the SCO may have a real opportunity to test whether, through peace, diplomacy, negotiation, development and cooperation, its member states can maximize mutual benefits and avoid, or even overcome, some of the most intractable problems in their bilateral relations.

It is important to note that Iran, a SCO observer state, is right now under tremendous pressure created by the United States' decision to leave the nuclear deal. Once again, the Middle East is being forced to the brink of war and hundreds of thousands of lives may be at stake.

With this year's summit being held in Qingdao, it will not be surprising for the organization to talk about the Iranian situation, as well as the denuclearization situation on the Korean Peninsula.

After all, SCO is not a static organization, but a dynamic and living organization capable of quick response and adapting to the changing circumstances and new challenges with a bearing on peace and stability in this region – which in itself is an expanding region with the admission of new member states and observer states in the future.

The world today is at a crossroads. There is some large country which doesn’t shy away from putting itself above the rest of the world, trampling on the principles of the United Nations and the WTO, and manhandling other countries like a bull in a china shop.

The world cannot allow this to continue.

In today’s world, no one is above the law; no country should be allowed to be above the rest of the world. All countries in the world should be equal. This is exactly what is reflected in the Shanghai Spirit of the SCO, treating every member state as an equal and promoting trust, confidence, mutual benefit, and cooperation and coordination in a family of member states. 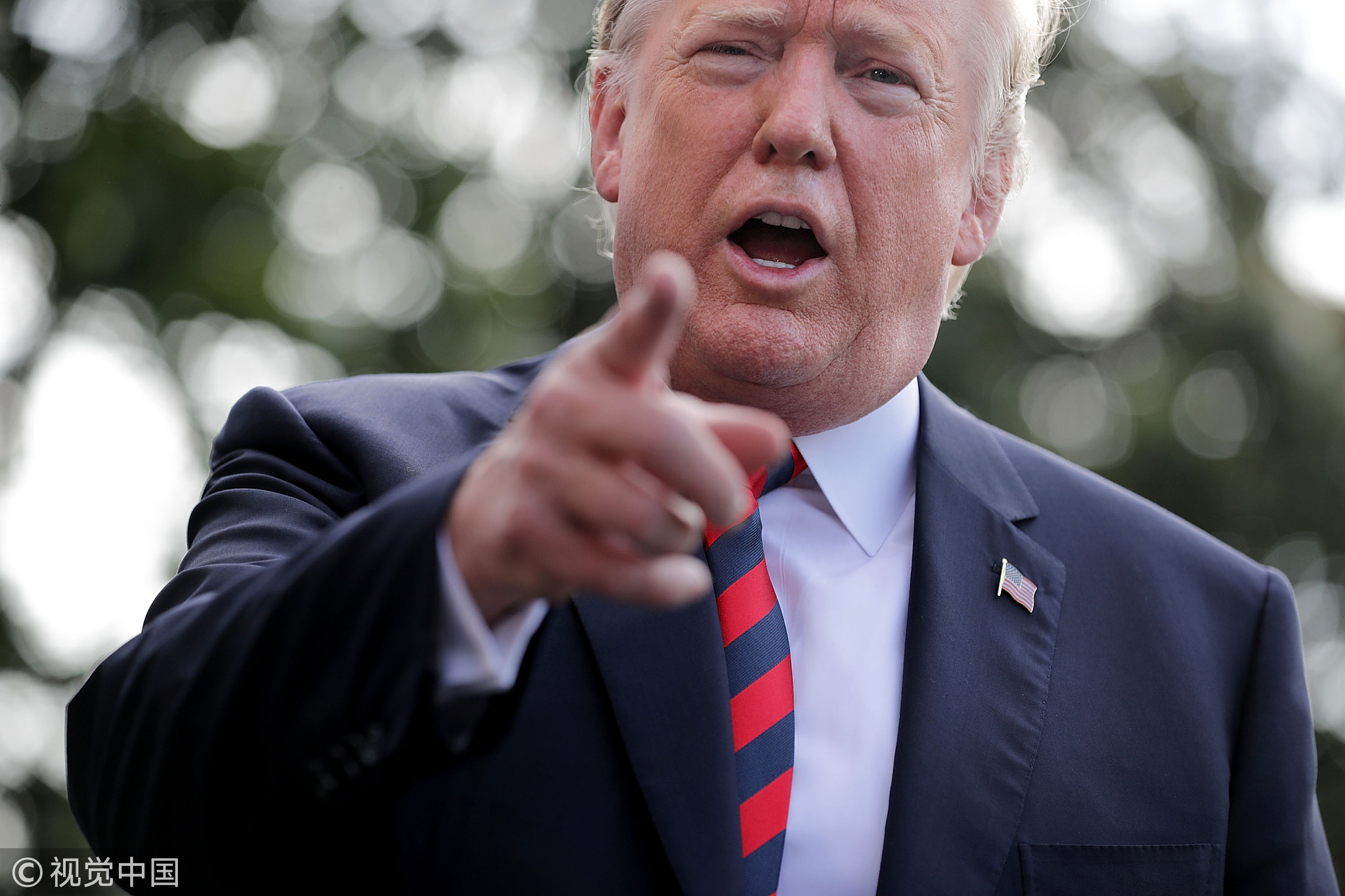 US President Donald Trump talks to reporters as he departs the White House in Washington, June 8, 2018.

Among the SCO members, while China’s economy is the largest, China treats every other SCO member equally and conducts itself with dignity rather than by bullying or imposing its views onto the other member states.

Chinese President Xi Jinping has relentlessly promoted the community of the shared destiny of mankind, calling for cooperation and partnership among the nations in the world and the win-win proposition in international cooperation, rather than “the winner takes all” approach.

We firmly believe that the SCO and what it stands for are important parts of the community of the shared destiny of mankind.

The world is holding its breath for the upcoming SCO Summit in Qingdao and for what the Qingdao Declaration will say about the major issues and challenges facing mankind today.

It is widely expected that the SCO will call for multilateralism and collectivism as opposed to unilateralism, for cooperation and dialogue as opposed to the threat of war or use of force in dealing with other countries, for peace, stability and development as opposed to warmongering.

In the fast-changing and ever-complex world today, in the midst of increasing threats and challenges to peace and stability, the SCO is fast becoming an important and significant force for peace, stability and development.

While the SCO is celebrating its 17th birthday, the world has great expectations for the SCO for many years to come.

Since its inception, the SCO has made its region safer and better. Going forward, it will play a larger and more important role on the global stage and make the world a better place for us all.