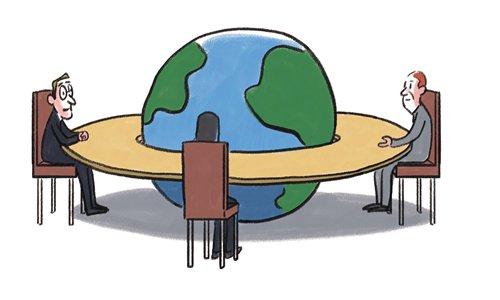 As international actors scramble to make sense of US President Donald Trump's ongoing efforts to stir up a global trade war, the summit between China and the EU in Beijing on July 16-17 has acquired even greater importance.

There is a lack of trust in Europe about China's intentions. For instance, the 16+1 summit held recently in Bulgaria between the heads of government of Central and Eastern European (CEE) nations and China is perceived by many in Brussels as trying to divide Europe. China continues to reassure Europeans that this is not the case, but without much effect.

In trade terms, Europeans still fret about issues such as perceived Chinese dumping of steel and other products, and lack of access to Chinese markets. Thus, in order to make progress in negotiations at the China-EU summit, Beijing needs to provide some reassurance about these questions. Specific agreements regarding future Sino-European trade and investment are needed which will generate greater confidence in both government and business circles.

On the other hand, as has been the case now for years, the EU can be readily criticized for its lack of long-term trade and investment strategies. Since China's launch of the Belt and Road initiative (BRI) in 2013 and the Asian Infrastructure Investment Bank (AIIB) in 2014, the EU has been slow to respond with any projects of its own. The Investment Plan for Europe - generally called the "Juncker Plan" - has not borne any real fruit and, unlike the blossoming BRI and AIIB (which have attracted plenty of European interest), appears to be fading into obscurity.

Furthermore, the EU's inaction is in marked contrast to the activity of its individual members in their interactions with China. For instance, German Chancellor Angela Merkel visited China in May for the 11th time since taking office. The purpose of her visit, as ever, was to conduct talks on trade and investment, with German business leaders in tow. As a result of Merkel's diplomatic activity, China has now become Germany's biggest trade partner, ahead of the US.

Investment by Chinese companies in Germany continues apace. Many of these deals concern innovative technologies such as electronic cars, in which China is now rapidly becoming the world leader. The German car company BMW has just signed a deal worth more than $ 1 billion with China's Contemporary Amperex Technology for lithium-ion batteries, with Daimler - another major German car producer - reportedly set to follow suit.

Similarly, cooperation on innovative technologies between Chinese firms and their French and British counterparts is increasing. The French energy and logistics conglomerate Bolloré has entered into a deal with Chinese e-commerce giant Alibaba to cooperate in such fields as cloud services, innovation and digital transformation. China Merchants Group has set up a $15 billion fund aimed at encouraging ground-breaking technologies in cooperation with UK-based Centricus.

Given the lack of coordination between the national and transnational levels, the situation in Europe is schizophrenic. While national governments and business leaders understand the need to work with

Chinese companies on much-needed new technologies which can both combat climate change and foster economic growth, the European Commission, which is supposed to drive such cooperation, is asleep at the wheel.

Thus, what is needed from the China-EU summit is the positive intent to establish a groundwork for future cooperation on trade and industry, particularly in the field of technological innovation. A large part of this groundwork needs to come in the form of specific strategies and proposals rather than a continuation of previous years' broad statements with insufficient substantive content.

From the Chinese side, sweeping statements about win-win cooperation need to be supported by a greater opening of markets to European investments and a readiness to hammer out detail. From the Europeans, there needs to be acceptance of the necessity of working with Chinese partners and a willingness to engage with a positive attitude.

In the end, the success of the summit will be judged not on the proclamations and documents it produces, but on the results it brings in coming decades. The current destabilization of the global economy due to Trump's trade war rhetoric means that the EU and China have a historic opportunity not just to steady the economic ship but to ready it for its voyage into waters that are both calmer and more rewarding.