The "China threat" theory is once again being hyped up in India. According to the Indian Express, the 2018 training material for India's Bharatiya Janata Party (BJP) tells its cadres that China is a threat to India. 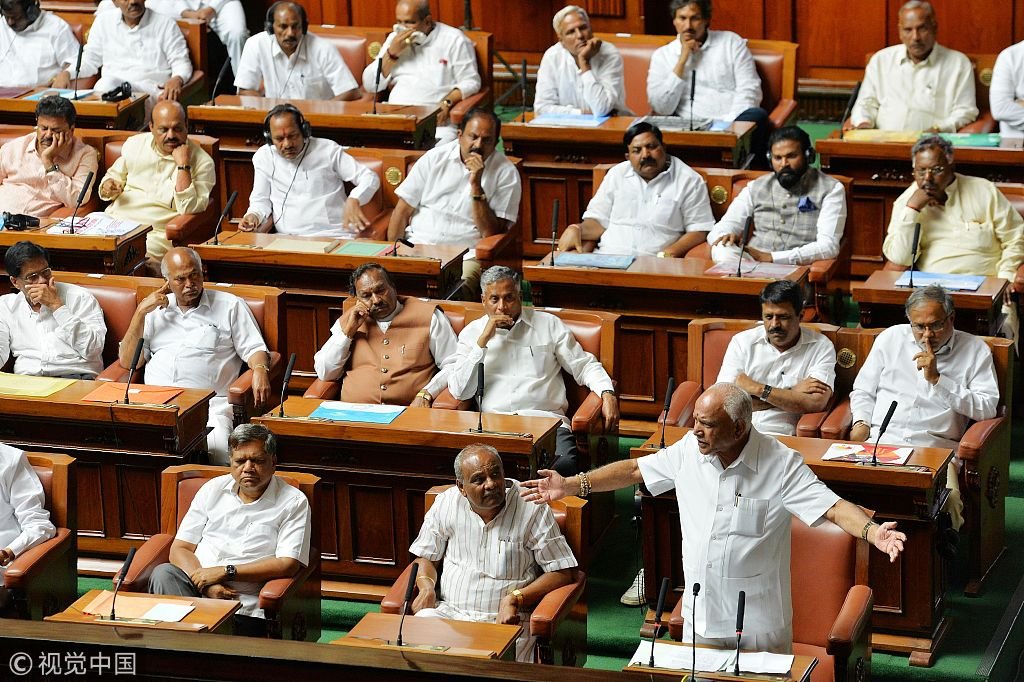 India's 2019 general election is less than a year away and it seems that the BJP has started to gear up for the next round of campaigns through playing the China card.

Unlike the Indian National Congress, a broad-based party known for the Nehru-Gandhi family dynasty, the BJP began as a regional party. It realized political expansion through propagating Hindu nationalism - an ideology that believes India is a holy land of, and for, Hindus. Some analysts claim the controversial religious view helped the BJP secure victory in the 2014 election, during which most of the country's Muslims, who make up 13 percent of India's population, were against the party.

When it comes to diplomacy, BJP ideology is nationalist in nature as reflected through New Delhi's constant disputes with Pakistan and its attempt to disrupt development of the China-led Belt and Road initiative in South Asia and the Indian Ocean.

However, nationalism is a mixed blessing. Today's Hindu nationalism has turned into a narrow-minded, conservative and highly exclusive mindset. It may help the BJP to win a majority in polls, but it will also jeopardize the nation's political and economic development.

"Everything for [Indian Prime Minister Narendra] Modi right now is about 2019," said the New York Times. If so, he should seriously consider that improving New Delhi's ties with Beijing can be an effective way to help him score extra points.

Boosting employment is the biggest challenge for New Delhi right now. In order to promote economic growth, it still resorts to deficit financing - expenditures in excess of public revenues - which is normally made possible by borrowing. As a result, its rising deficit has led to global markets' concern over India's financial problems. If the country does regard economic development as its fundamental goal, the improvement of Sino-Indian relations will bring it more benefits.

As a matter of fact, the recently frequent high-level exchanges between the two sides show that ties between Beijing and New Delhi are warming up quickly. The informal meeting between Modi and President Xi Jinping in Wuhan in April, as well as the two leaders' bilateral meeting during the Shanghai Cooperation Organization summit in Qingdao, have eased tensions between the two nations since the Doklam standoff. These interactions displayed that pragmatism can overcome divergences and New Delhi is showing a mature attitude in controlling its disputes with Beijing.

In 2015, the "China threat" theory also reportedly appeared on BJP's training material. Perhaps the party failed to update the content, aimed at raising the defense budget, or purely wanted to prepare for the coming elections. Whatever the reason, the hype is inappropriate against the backdrop of thawing ties between Beijing and New Delhi. The BJP should be careful not to lose sight of the forest for the trees.