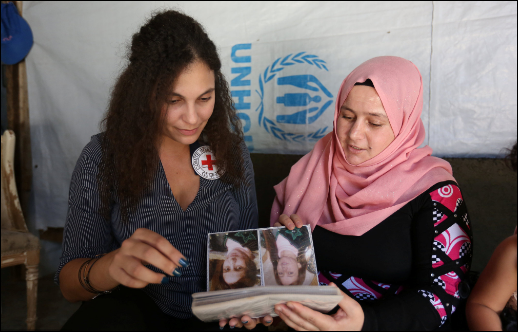 The eighth Beijing Xiangshan Forum themed "building a new type of security partnership of equality, mutual trust and win-win cooperation" concluded in Beijing on Friday. In a congratulatory letter, Chinese President Xi Jinping said China will cooperate with other countries with a more open attitude in the face of emerging traditional and non-traditional security challenges, and that the Chinese military is always a staunch force for world peace and stability.

It's true that we are now living in a world inundated with both traditional and non-traditional security threats. Even though it's been seven decades after World War II and nearly 20 years since the end of the Cold War, the world remains restless, under threats of armed and unarmed conflicts in power, religion, territory, terrorism, trade, and technology.

At the sidelines of the Xiangshan Forum, CGTN's Wang Xiaonan talked to Gilles Carbonnier (Carbonnier), vice president of the International Committee of the Red Cross(ICRC), to explore why conflicts are still rampant in the modern world, what role the Xiangshan Forum plays in security governance around the world and especially in the Asia-Pacific region, as well as what the cooperation of the ICRC and the Chinese military is bringing to the table.

CGTN: Conflicts of all manifestations are still raging across many parts of the world. Refugees fleeing to Europe are facing greater dangers of perishing though their number has declined; the global number of forcibly displaced children has reached a peak of around 30 million because of armed conflicts. Why is that? What has the ICRC done to mollify the tensions?

Carbonnier: After the end of the Cold War at the beginning of the 1990s, we have first seen an encouraging signal of a diminishing number of armed conflicts. But especially since 2011 and 2012, we have seen a steep increase in the number of armed conflicts in Libya, Ukraine, Syria, Yemen, South Sudan, Central African Republic and many others. For each of these conflicts, there are many factors and drivers. There are more and more parties involved either directly or indirectly in supporting one or the other parties to the conflict.

We have engaged states that are party or signatory to the Geneva Convention in order to assist them in ascertaining and analyzing how they can also positively influence and ensure respect for the International Humanitarian Law. We believe in respecting the fundamental principle of humanity, respecting the fact that civilians should be spared and should not be attacked in armed conflict and that children should be protected. This is a critical ingredient of a peaceful and more prosperous world.

We have seen that when parties to a conflict respect and abide by the fundamental humanitarian norms embedded in the law from conflicts, then it's an easier process for the post-conflict reconciliation and rebuilding process because the grievances are less acute. So what we do as a humanitarian organization is that we work to promote these norms, to promote the fact that wars have limits and that humanity must be preserved even in the midst of war.

CGTN: Why do we need the Xiangshan Forum now that the Shangri-La Dialogue is already in place to look after global security affairs? What's the role of the forum in security governance?

Carbonnier: It's good to have a diversity of meetings, and the Xiangshan Forum is definitely a meeting where China can also present its in-depth thoughts, strategies, reforms and revolutions, which are of interest to the world.

The Xiangshan Forum delivers a message that China's highest authorities and its People's Liberation Army (PLA) are willing to use diplomatic channels, negotiations and cooperation to try to solve any conflicting interests. This is most welcome. We declare here through this platform our expectation for a stable international order that is anchored in a respect for international law. In the case of any confrontation, it is paramount that the law of armed conflict – the International Humanitarian Law – is known and respected.

CGTN: In safeguarding security in areas of conflict, the Chinese PLA has contributed an increasing number of peacekeeping forces and the ICRC provides humanitarian assistance. And there are cases where they have cooperated to minimize the adverse impact of war. What is their cooperation bringing to the table?

Carbonnier: We have started to cooperate on peacekeeping. We use pre-deployment briefings to inform the Chinese military about, first, the situation on the ground, since we are present on the ground and we work on the front lines. We also help them understand the situation on the ground. And the other aspect is to discuss the legal considerations: What the law of war is applicable in, for instance, Lebanon, Mali, South Sudan, and what the implications for peacekeepers and for others are.

Recently, we organized a war surgery seminar to deal with the question of war surgery and medical assistance in armed conflicts. We have also worked on the seminar on the law of war at sea. For instance, we have invited PLA representatives to a number of international workshops we have organized on the International Humanitarian Law. And we are glad to see the PLA investing heavily in cooperation and constructive dialogue among states.

CGTN: It's reported that the ICRC has also collaborated with Chinese companies abroad, including making risk assessments for them to avoid potential losses in areas of conflict. Can you elaborate on it?

Carbonnier: The ICRC is working and operational in more than 40 countries of the 60-plus countries involved in the Belt and Road Initiative. There, we are working on promoting the International Humanitarian Law, and with the armed forces in these different countries along those lines. We've realized that companies often have to deal with security risks when they work in insecure or unstable environments. Hence, we've worked with companies over the past years to help them manage their security risks in a principled manner when they engage with national security forces in the host countries, but also when they engage with private security providers.

We organized, for instance, a few months ago, a seminar for Chinese construction firms in Addis Ababa, Ethiopia. There we explained how to implement the toolkits that we have produced for companies in order to help them manage security risks in different African countries.

But may I also say that we buy goods and services that we then deliver in our humanitarian assistance from Chinese companies. We really appreciate not only the quality but also the innovation that Chinese companies help us bring in order to bring better, more adapted products and services in our humanitarian assistance operations.

The latest example is a LED lamp connected with the USB, which allows Bangladeshi or Syrian refugees abroad to directly first have light, and second to be able to recharge their mobile phones because for victims of armed conflicts today, a primary requirement is to reestablish contact with their loved ones and to care for themselves. It's a new humanitarian assistance.