It’s early November, autumn in Shanghai. As expected, the second Import Expo was launched. More than 3,700 enterprises from 150 countries participated in the Expo, including more than 250 of the world's top 500 enterprises, and hundreds of events will be held. Compared to previous expos, more new products, technologies and services will be first launched in the world and displayed in China during the Expo.

At the first Expo, the Shaanxi trading group gained a lot: They introduced foreign high-end production equipment, improved the production efficiency and quality of enterprises; introduced high-end medical and scientific research equipment, improved the research level of medical and scientific research institutions in the province; introduced a variety of consumer goods, and improved the consumption level of the people in the province. Using the fair as a platform, our province also organized a series of investment promotions and promotional activities to let the world know about Shaanxi and show it to the world. 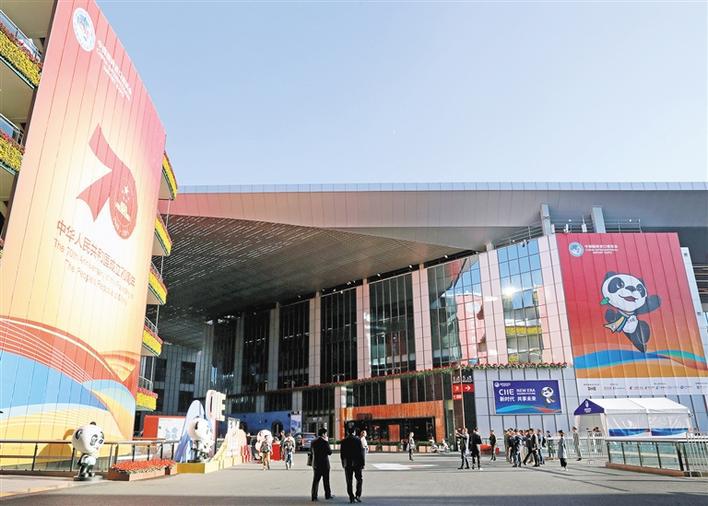 Liu Wei's family, who lives in the Zitingyuan community, Qujiang, Xi'an, likes to buy Kazakhstan flour. What they don't know is that the flour closely relates to the Import Expo. At the first Expo, Xi'an land port Continental Bridge International Logistics Co., Ltd. and the Kazakhstan Almaty Chamber of Commerce for trade and Investment Co., Ltd. signed a green food agency purchase agreement. At the end of last year, the company shipped back Kazakhstan flour, honey, sunflower seed oil and Georgian red wine via the China-Europe train Chang'an. These high-quality and affordable imported consumer goods have gradually entered the lives of Shaanxi people, meeting their ever-increasing consumer demand.

"In this Import Expo, the company will continue to increase the procurement and type of green food, also sign agency agreements with Azerbaijan and Kazakhstan to bring more green food to the table of people in Shaanxi and even western provinces," said Zhao Jianjun, general manager of Xi'an Lugang Continental Bridge International Logistics Co., Ltd.

Yang Haifeng, CEO of Shaanxi Steel Group, says, "After opening our eyes at the first Import Expo, we signed up for the second Import Expo early. We can have close contact with the most cutting-edge and representative products in the world. We can also have face-to-face communication with well-known foreign enterprises and suppliers to establish deeper cooperation. At the same time, we can benchmark the world's advanced level and enhance the core competitiveness of enterprises. Such an opportunity is precious! We will sign a five-year strategic cooperation agreement with vale on the purchase of imported minerals. "

On November 5, the Shaanxi procurement and investment exposition will be held in Shanghai, focusing on the promotion of Shaanxi characteristic projects, and organize the signing of transaction group procurement. From November 5 to 20, exhibition activities of "Intangible cultural heritage" and "China Time-honored Brand" will be held at the Shanghai National Convention and Exhibition Center. On November 7, the exhibition will be held in Shanghai. The exhibition center's central square held "Intangible cultural heritage" performance activities to show the world Shaanxi style and spread Shaanxi culture. During the second Import Expo, each trading group of Shaanxi will also organize participating enterprises to carry out procurement and docking negotiations, and the trading group will take part in investment promotion teams to carry out investment promotion activities at the venues.