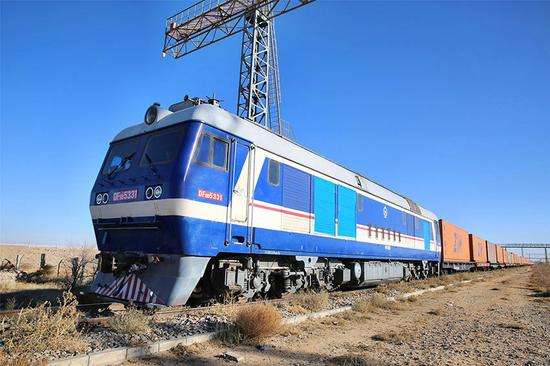 Zhao Xuehui wanted her son's girlfriend, who is going to spend the upcoming Spring Festival with Zhao's family for the first time, to know that she takes her seriously.

So besides going to the supermarket for holiday purchases, the 45-year-old in Zhengzhou, Henan province, went to a shopping mall in Zhengzhou International Dry Harbor with her husband.

There the China Railway Express, also known as the China-Europe freight train, brought back imported goods for families to enjoy during the Chinese New Year.

"Thanks to the China-Europe freight train, we are now able to buy imported goods without any trouble," Zhao said. "I don't have to worry about what to buy for my son's girlfriend. I hope there will be a wider variety of goods in the future so that we can have more choices."

The freight service, a crucial part of the Belt and Road Initiative, began operations in March 2011. The trains now connect 59 Chinese cities with 49 cities in 15 European countries.

Deng Wenjing, deputy general manager of Zhengzhou International Hub Development and Construction Co, said that the China Railway Express was loaded with more than 800 different products from Europe, most of which are foods and beverages popular over the upcoming holiday.

In order to provide a more convenient means of shopping, the company launched an online e-commerce platform last year that provides home delivery.

The train functions as a mobile warehouse－as soon as goods are logged and loaded onto the train in Europe, they can immediately be listed for sale on the website. Consumers can place orders for the products even while they're in transit, shortening wait times for consumers, according to Deng.

Many other cities also benefitted from the mobile warehouses. In Changchun, Jilin province, the 5,000-square-meter center in Xinglong Free Trade Zone teems with people arriving to make preparations for the holiday. With over 3,000 different goods to choose from, people from other cities even took trains to get here.

"This is my second year to buy festival necessities here. Goods here are really of good quality and affordable. I don't have to worry about what to send to relatives and friends," said a Changchun local surnamed Yu.

According to China Railway Corp's Zhengzhou bureau, the China-Europe freight train service will also increase food products transported to countries involved in the BRI this year in order to meet the demand of overseas Chinese.