BRI NEWS In China, trade goes west amid dispute with the US

In China, trade goes west amid dispute with the US

Expectations for coastal regions' foreign trade have been affected by external pressures, but figures show that China's less-developed western region is becoming a new driver for the country's foreign trade and economic growth. 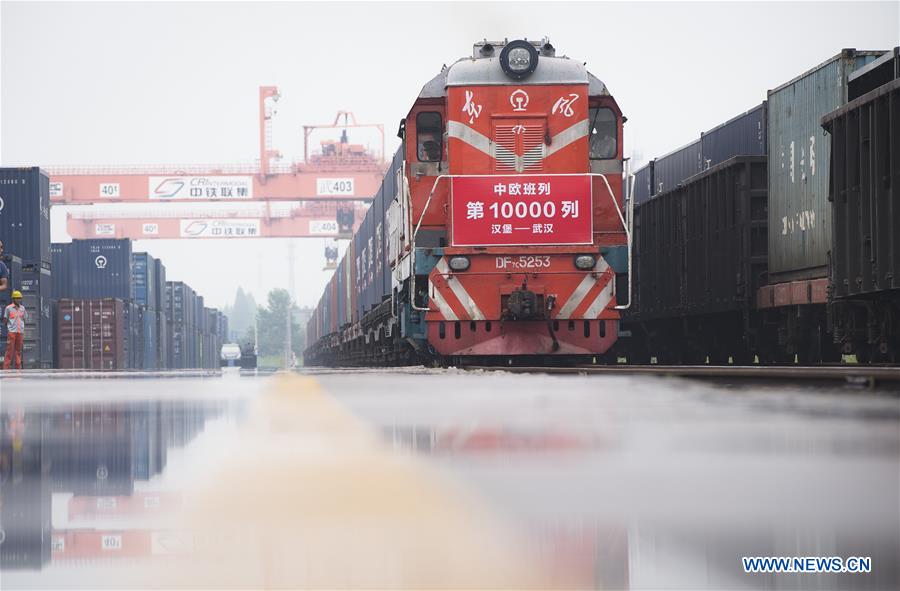 All these figures exceeded the 9.7 percent growth rate of China's total trade in 2018 in yuan terms.

"Western regions' growth momentum in foreign trade was mainly due to the relocation of some industries from the eastern coastal areas. The speed of that relocation has been further accelerated by the China-US trade war, so the region may maintain a faster develop-ment speed this year," Cong Yi, a professor at the Tianjin University of Finance and Economics, told the Global Times on Thursday.

Cong noted that higher manufacturing costs in coastal provinces have made inland areas in western China, which has abundant supplies of land and labor, more attractive.

Western China also showed it has much to offer in the high-technology and high value-added industries.

Further, Chengdu, the capital of Sichuan, and Chongqing have be-come commercial and financial centers as well as transport hubs of China's western region, so it's no wonder that they achieved such strong trade growth, Cong said.

Experts said that the China-proposed Belt and Road Initiative (BRI) is another driver of the western region's growth, and its effect will further emerge in 2019. Trade with European markets will be further boosted by the China-Europe Railway Express cargo services.

"The BRI has expanded export destinations for cities like Xi'an [in Northwest China's Shaanxi Province], and helped it withstand the trade war's influence, which might hinder the country's foreign trade 2019," Zhang Minsheng, a Xi'an-based expert at the Research Institute for the Western China Economy, told the Global Times on Thursday.

Last year, Xi'an's trade with countries along the routes of the BRI saw a significant increase. For example, trade with Singapore in-creased by 24.88 percent, Malaysia (97.70 percent), Vietnam (86.30 percent) and Russia(25.15 percent).

"In 2019, the coastal regions will bear more short-term pain amid the industrial upgrading that they are undergoing, while western China, with policy incentives such as the BRI might see a boom," Zhang said.