In the new era, China strives forward to benefit world 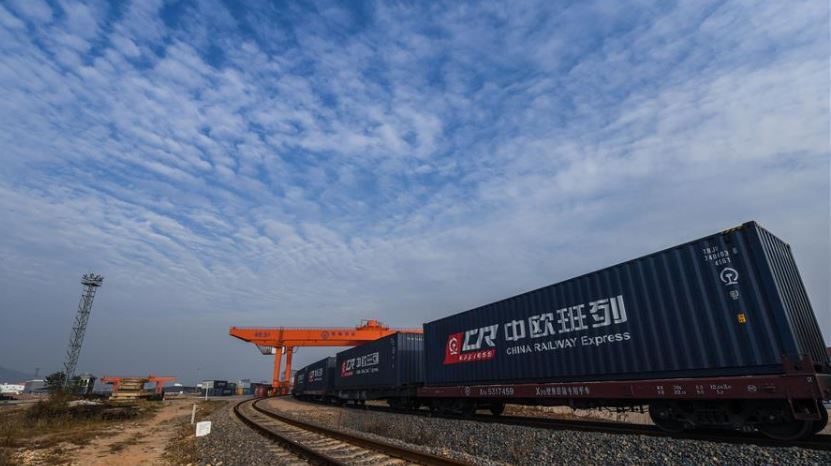 BEIJING, Feb. 4 (Xinhua) -- As the wheel of history rolls onward, China and its nearly 1.4 billion people will keep striving forward in the new era, no matter what challenges remain.

The past year was by no means an easy one. The list of domestic and external challenges for the country went from the pressure of an economic downturn to trade protectionism.

Progress was also made in many areas, including the prevention and control of air, water and soil pollution, people's wellbeing and their living standards, and scientific and technological advances in space exploration and marine expedition.

Around 10 million people in the country's rural areas were lifted out of poverty in 2018. China has promised to lift all rural residents living below the current poverty line out of poverty by 2020. It will be the first time in China's history that extreme poverty is eliminated.

More than 100 important reform measures were also rolled out in 2018, the 40th anniversary of the reform and opening-up.

The achievements, and the "China miracle" in general, can be attributed to the hard work, wisdom and courage of the Chinese people.

In a world of increasing interdependence, China's development has been and will remain an opportunity for the whole world.

The world is economically unstable with policy uncertainties, protectionism, geopolitical risks, and food insecurity. China's development contributes to dealing with these challenges.

China has promised to actively promote the joint construction of the Belt and Road Initiative, continue to promote the building of a community with a shared future for humanity, and work relentlessly for an even more prosperous and beautiful world.

China will provide more benefits to the rest of the world by increasing imports. The country has vowed to import 40 trillion dollars worth of products and services in the next 15 years.

A middle-income population of 400 million has emerged in China, the biggest in the world, giving rise to a vast market, domestically and overseas.

China's pursuit of development in smart manufacturing, the "Internet Plus" model, and the digital economy and sharing economy also creates tremendous opportunities for the world.

As the nation rings in the Year of the Pig, there is reason to believe that the self-reliant, hardworking and enterprising Chinese people will make new wonders and greater contributions to the world.