"We live on the same planet. It is home to more than 200 countries and regions, 2,500-plus ethnic groups and over 7 billion people. Trying to erase their differences will not work," said Chinese President Xi Jinping at the 2018 APEC CEO Summit . 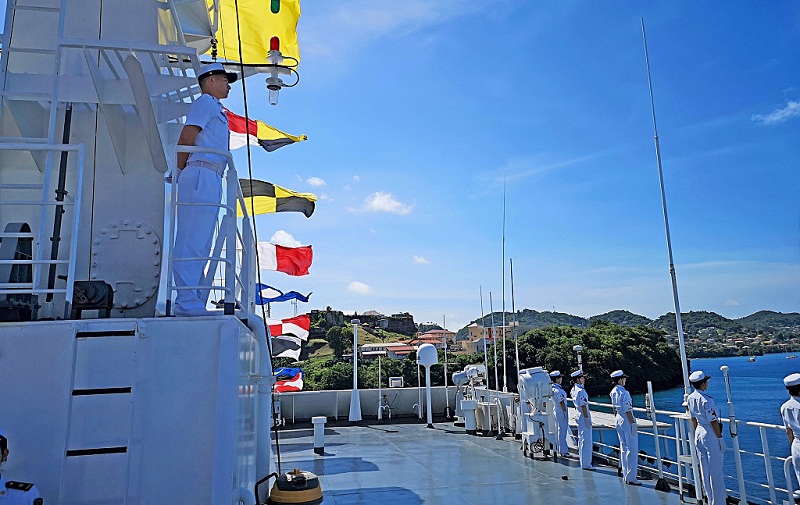 The Peace Ark, hospital ship of the Navy of the Chinese People's Liberation Army (Photos: VCG)

At the event, he also proposed to focus on inclusiveness and promote interactions, and called on all countries to seek common ground while putting aside differences, draw upon each other's strengths and pursue co-existence in harmony and win-win cooperation.

Both history and current situation indicate that the only way for the development of civilizations is to learn from each other and accommodate diversity. No country can close its door and manage alone the challenges of the times, and openness and inclusiveness are a prerequisite for world peace and development.

Under the irresistible trend of economic globalization, openness and inclusiveness are the only choices for the world to conform to the trend of the times and say no to protectionism and unilateralism.

Hegemonism and power politics are unacceptable in today's world, and there isn't an "only" or "universal" model for civilization development. As President Xi noted, when it comes to choosing a development path for a country, no one is in a better position to make the decision than the people of that country.

"Shock therapy" caused recession; dependent development led to stagnation; color revolution resulted in chaos. All these have proven that one particular model of development is not able to fit all countries, and mechanically copying the development model of other countries will only cause mismatch.

The world has different kinds of flowers, colors, voices and melodies. Diversity, interaction a d mutual learning as characters of the human evolution, can provide strong impetus for human progress.

Over the past four decades, the Chinese have embraced the world while taking care of its own national conditions, and achieved independent development while opening to the outside world. By finding a unique path of modernization that is different from that of the west, China has set a vivid example of realizing development via openness, inclusiveness and interaction.

The ancient Silk Road connected the east and the west, while today's Belt and Road Initiative for greater connectivity is converting ideas to actions. China has always pursued its own development to achieve development for all, and is willing to seek common development, harmonious co-existence and win-win cooperation with all countries.

Civilizations are inclusive, and such inclusiveness brings opportunities and benefits for all. Over 100 new products and technologies debuted and about 5,000 products entered China for the first time at the just concluded China International Import Expo, bringing in the top and most representative products and services from the world.

Exchanges among civilizations are irresistible, and interconnectivity and inclusive development are precious opportunities for every country. Countries should reject arrogance and prejudice, be respectful of and inclusive toward others. By doing so, we will embrace the diversity of the world and create a better future for humankind.