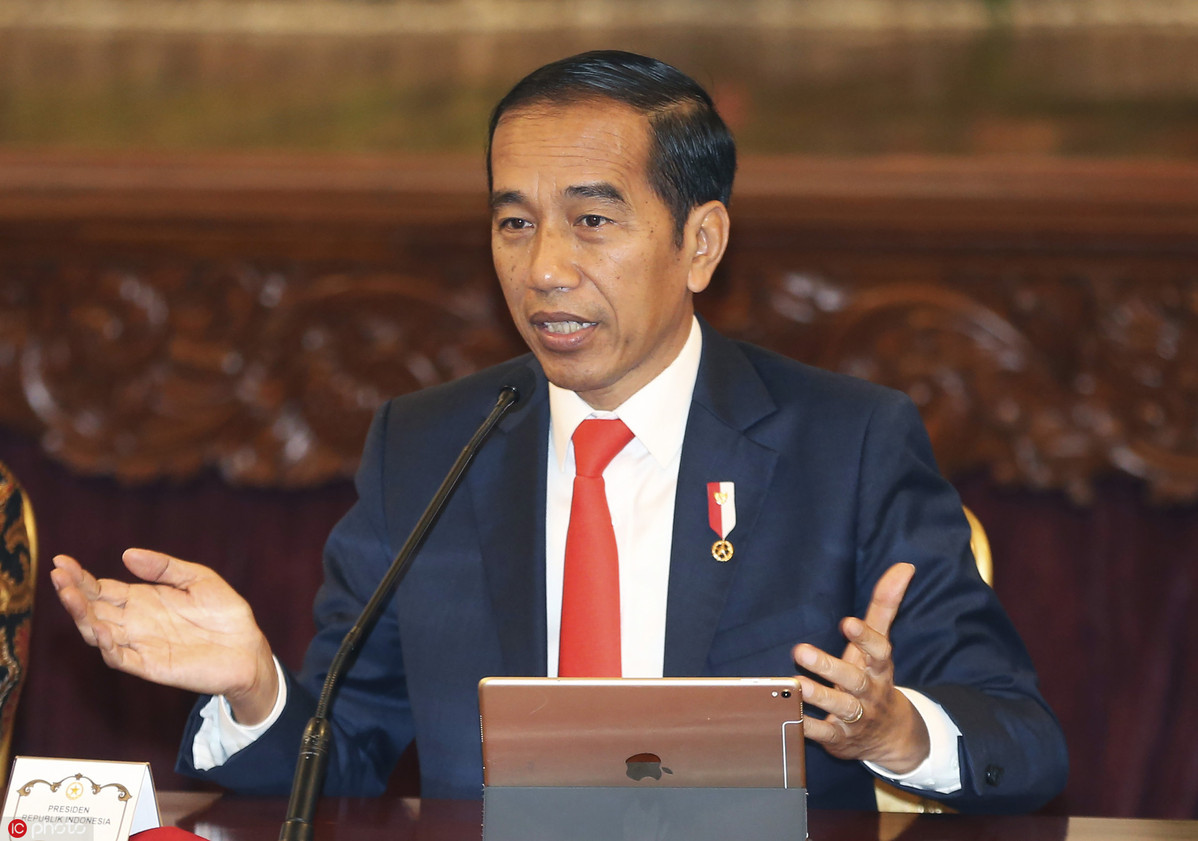 Indonesia President Joko Widodo gestures as he speaks during a press conference at the palace in Jakarta, Indonesia, on Aug 26, 2019. (Photo: IC)

Speaking at a press conference at the State Palace in Central Jakarta, the president said that the government had conducted studies in the past three years, and the new capital will be built in part of Penajam Paser Utara regency and part of Kutai Kertanegara regency in East Kalimantan province.

The president said he had informed the House of Representatives of his decision in a letter.

An estimated 466 trillion rupiah ($32.7 billion) are needed to finance the construction of the new capital, the Indonesian government said.

The new capital is to act as the center of the government, while Jakarta will remain as the country's business and economic center.