China's industrial output is expected to start improving in the fourth quarter, with key indicators already showing signs of a rebound, the nation's top industrial regulator said on Tuesday. 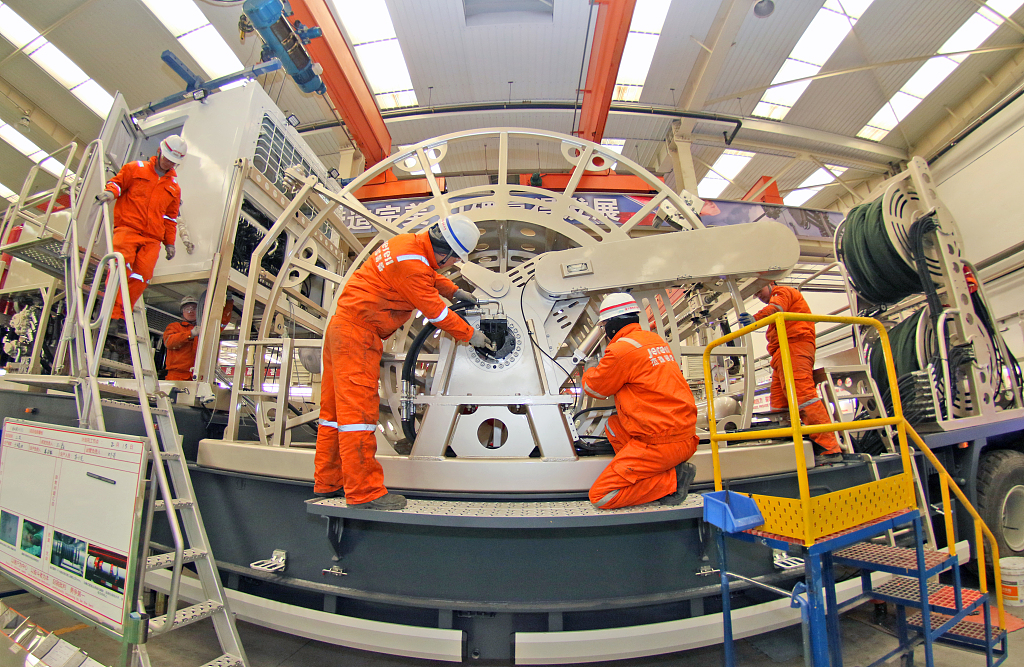 Ministry of Industry and Information Technology spokesman Huang Libin said the industrial sector is running at a steady pace despite headwinds, and China is set to meet its full-year growth target.

"On the whole, the industrial and telecom sectors registered steady growth in the first three quarters," Huang said at a news conference.

"Amid a rise in uncertainties and the complex and fast-changing environment at home and abroad, the ministry will ramp up efforts to stabilize the industrial sector and foster high-quality development," he said.

By the end of September, China's three major telecom carriers — China Mobile, China Unicom and China Telecom — had set up more than 80,000 5G base stations across the nation, according to ministry data.

Huang said the ministry will continue to develop 5G and the industrial internet industry, which will inject fresh impetus into the stable industrial economy.

China's economy moderated in the third quarter, with year-on-year GDP growth slowing to 6 percent, the weakest pace in almost 30 years, according to the National Bureau of Statistics.

Yuan Da, a spokesman for the National Development and Reform Commission, said the Chinese economy is transferring from a high-rate growth phase to one of high-quality development, with the focus put on job creation, increasing people's incomes, industrial upgrading and ecological and environmental protection.

Yuan said on Monday that China's economic growth remains remarkable compared with other major economies. Its GDP rose by 6.2 percent year-on-year in the first three quarters, the fastest rate of the world's major economies.

Experts said downward pressure on the Chinese economy will continue to increase and that authorities should devise policies and take countercyclical countermeasures while continuing with the economic restructuring drive.

"China is able to meet its full-year GDP growth goal of 6 percent to 6.5 percent this year," Zhu Jianfang, CITIC Securities chief economist, said at the monthly China Macroeconomy Forum in Beijing. "Considering the previous supportive policies, it is possible to see the economy stabilize in the next quarter."

The economy may face increasing headwinds next year, he said.

Luo Zhiheng, a researcher at Evergrande Think Tank, agreed, saying more effort is needed to support the growth of the corporate sector.

"Tax- and fee-cutting policies should be further implemented so as to reduce the burden on enterprises," Luo said.

"The authorities need to make more efforts on fiscal policy and monetary fronts, and we also need to further deepen the reforms and focus on making structural adjustment," CITIC Securities' Zhu said.