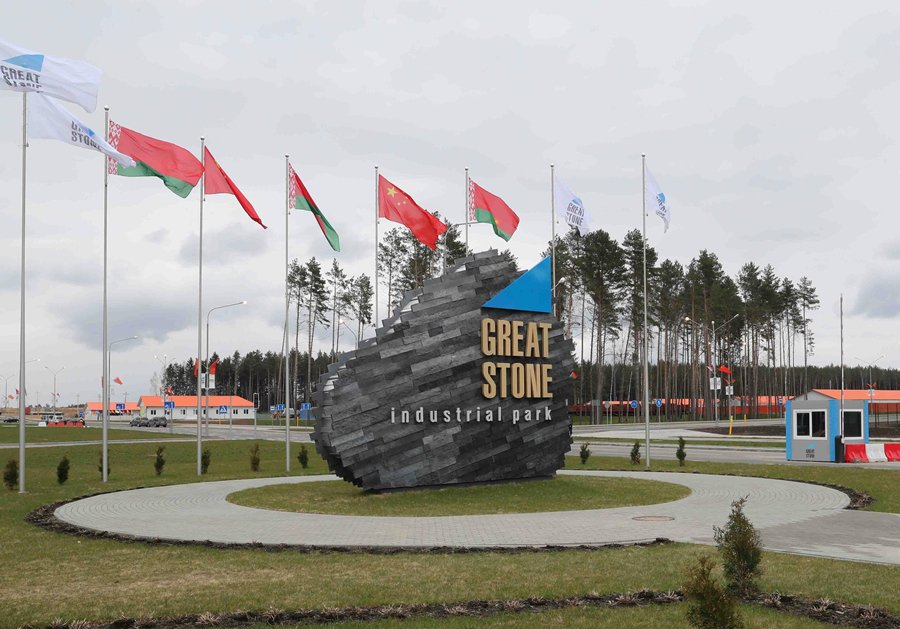 He made the remarks in an exclusive interview with Xinhua here ahead of the upcoming visit by Chinese Vice President Wang Qishan to Belarus.

Relations between Belarus and China have been developing rapidly, and the level and intensity of bilateral exchanges have been continuously improved, he said.

It is expected that Wang's visit will further promote practical cooperation between the two countries in politics, economy and trade, tourism, culture and other fields, Kobyakov said.

In 2016, the two countries decided to establish a comprehensive strategic partnership featuring mutual trust and win-win cooperation. Bilateral relations have reached an unprecedented level since then, the prime minister said.

In recent years, high-level exchanges between the two countries have become increasingly active, he said.

"Both sides have also conducted fruitful cooperation on multilateral occasions. We firmly support each other in the United Nations and other international organizations," Kobyakov said.

He said China's staunch support helped Belarus consolidate its position in the Shanghai Cooperation Organization (SCO) and under the "16+1" cooperation mechanism between China and Central and Eastern European Countries.

Underlining that Belarus is located at an important junction of the Silk Road Economic Belt in the Eurasian region, Kobyakov said that his country has actively participated in the Belt and Road Initiative proposed by China in 2013.

"For us, the park represents the future direction of the development of the Belarusian economy. It will contribute to the economic growth of our country and boost its export potential," Kobyakov said.

Transportation of China Railway Express via Belarus has been growing rapidly, he said. In 2017, over 2,700 freight trains traveled from China to Europe via Belarus.

"We plan to increase this number to 5,000 a year by 2020. This will create an opportunity for Belarus to expand export of milk, beef, chicken and other foods to China," he said.

The prime minister also pointed out that Chinese and Belarusian enterprises have actively carried out mutually beneficial cooperation. Jointly implemented by the two sides, 16 large-scale projects have already been completed in Belarus, he said.

"Another 16 cooperation projects are being implemented with a total value of approximately 8 billion U.S. dollars," he added.

With regard to China International Import Expo to be held in Shanghai in November, Kobyakov said Belarus attaches great importance to the exhibition, adding that Belarus' participation will inject new impetus into bilateral economic cooperation.

Noting that 2018 marks the Year of Belarus in China and the Year of China in Belarus, the prime minister said the two countries are going to provide more convenience to attract tourists from each other.