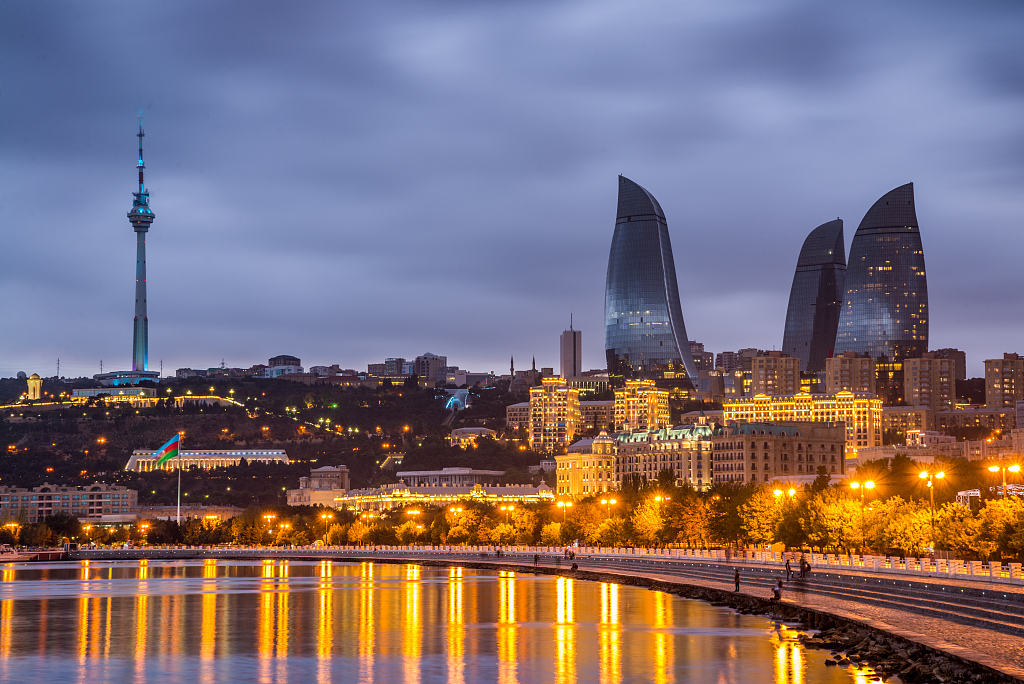 TEHRAN, Aug. 3 (Xinhua) -- Trade between Iran and Azerbaijan has grown by 2.2 times in the past six months compared with the same period last year, Tehran Times daily reported on Saturday.

Tehran and Baku have made joint investments in various fields, including railway industry, and the two countries' trade will increase even more in the near future, Iranian Minister of Finance and Economic Affairs Farhad Dejpasand was quoted as saying.

Dejpasand made the remarks after a meeting with Azerbaijan's Minister of Economy Shahin Mustafayev in Tehran on Saturday. He did not, however, elaborate on the figures of bilateral trade.

"The number of Iranian companies active in Azerbaijan has also grown by more than 34 percent in the past six months," Dejpasand said.

The Iranian minister said the two countries share common interests in a variety of areas including energy, banking and customs, adding that this will be the topic of discussion in the upcoming Iran-Russia-Azerbaijan trilateral summit in Russia's port city of Sochi.

Two sides are also keen on expansion of cooperation in more areas like automotive, pharmaceuticals, agriculture and even education, Dejpasand pointed out.